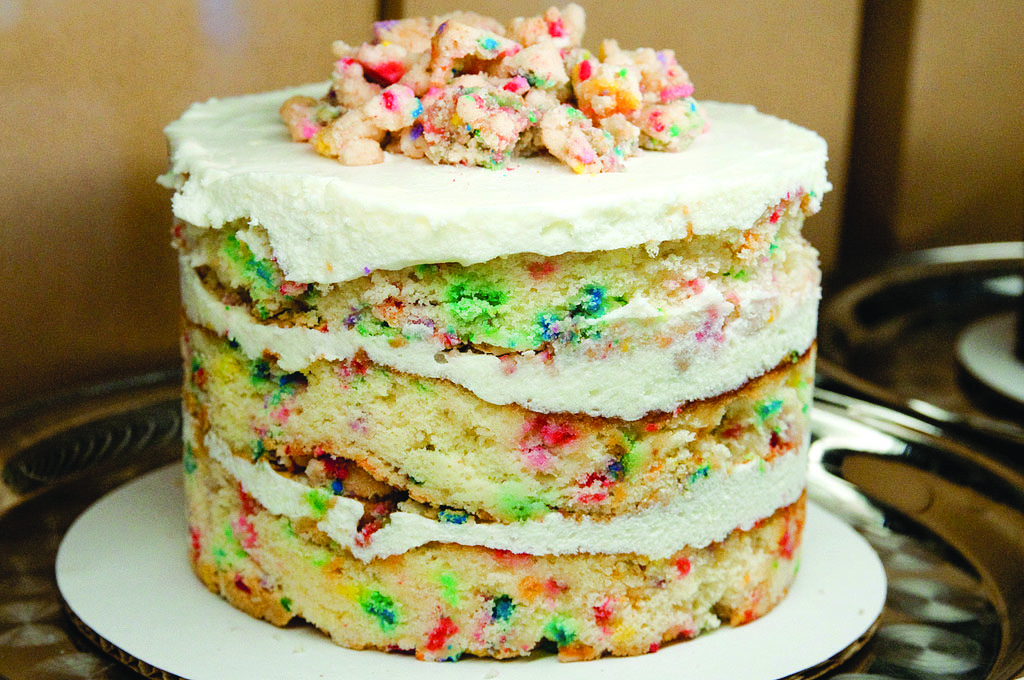 If you’re ever had the pleasure – nay, the privilege – of eating at any of super-chef Dave Chang’s New York locations, including Momofuku oor Ma Peche, then you know what heaven tastes like. Everything on the menu at Chang’s many establishments, from Momofuku’s aptly-named Crack Pie to Noodle Bar’s Pork Ramen, contains a base minimum of 1,020 calories and is made, quite simply, to addict, if not enslave. And the most visually-pleasing (and gayest) or these treats is no exception, the Milk Bar Birthday Cake, only to be found at Christina Tosi’s Milk Bar, a dessert offshoot of the Momofuku empire. Which is why we’re making absolutely no bones about the fact that we’re thrilled L.A. is getting its very own Milk Bar within the year.

It doesn’t seem like a stretch to claim that the Momofuku empire – primarily its sister magazine, “Lucky Peach,” which just got discontinued – may have been single-handedly responsible for bringing the trend of Instagrammable cuisine to its peak. Rather than favor pretension and tiny portions like many of their high-end New York competitors, Momofuku restaurants always favor simplicity, flavor, and an approachable type of beauty that always comes with a bit of nostalgia baked right in. Case in point: Tosi’s rainbow-spotted, 8th-birthday-party-cum-gay-wedding cake, featuring layers of funfetti cakes pasted together with cereal milk icing and topped with a fancy version of lucky charms. It’s basically everything you’ve wanted since you were a kid, made totally appropriate – and even classy – for adult consumption. The Milk Bar Birthday Cake predates the Unicorn flavor craze by at least five years, and – unlike all the Johnny-come-latelys and copycats – gets it exactly right. That’s why Tosi remains the best in the dessert business. When it comes to our deepest, darkest, 3rd grade, budding-gay Lisa-Frank desires, she hits the sweet spot every time.

In addition to the Milk Bar in place of the Melrose Baskin Robbins, Dave Chang plans to open a new restaurant called North Spring in Downtown L.A. later this year. We don’t have an official opening date for either North Spring or Milk Bar yet, but that doesn’t stop our taste buds from watering in anticipation.

L.A. could not be more ready for this jelly.