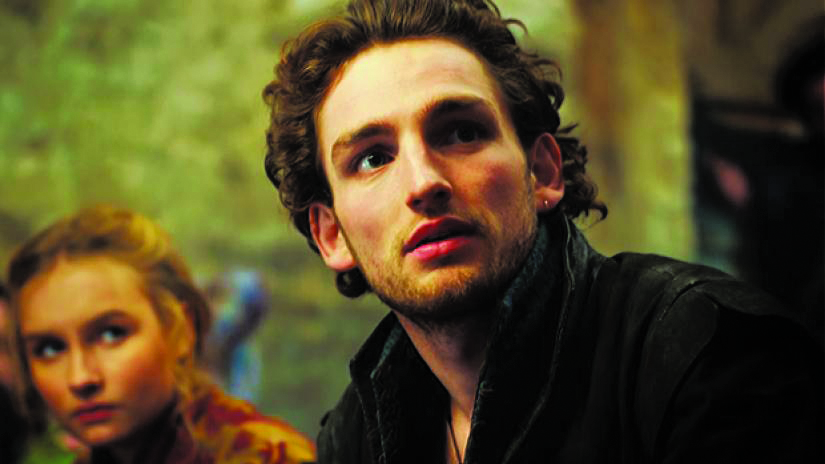 Viewers tuning into the new TNT drama “Will” out of sheer curiosity, drawn by the brazen technicolor ads that have proclaimed its arrival these many weeks, might, like me, find it hard to get past the first line.

“Who would ever read a play by William Shakespeare!” cries Ann Shakespeare, wife of the soon-to-be-famous Will, who is about to travel to London with only his dreams of the theater to sustain him.

If you are, like me, a fairly skeptical viewer whose first response, on hearing about a show based on a steampunk fictionalization of the Shakespeare legend, was to laugh loudly and roll your eyes fully into the back of your head, this is the kind of thing that will instantly turn you off. Will Shakespeare? Who indeed!

But bear with it, as I did, and you might find yourself converted.

The heavy-handedness of the first few minutes of “Will” is, of course, a set up:  The whole idea is to get Will out of the ridiculous suburbs, where people say things like “Who would read a play by Will Shakespeare,” to London, where he truly belongs and where he will, within one day, meet his muse (Alice Burbage, a rare “educated woman”), his best friend (her brother Richard Burbage) and his mentor-cum-rival Christopher Marlowe, played in with an eel-like treacherousness by Jamie Campbell Bower.

In the show’s re-framing of Elizabethan London, 1980s-style punks roam the streets, thirsty for blood sport and of course, great theater. Colors pop, makeup is on point, and everyone looks genuinely well-groomed and hardly lacking for a bath. “Will’s” pilot script was penned by the famous Craig Pearce, most notable for his work with Baz Luhrmann in similar pop-historical tales like “Romeo + Juliet,” “Moulin Rouge!” And 2013’s “The Great Gatsby.” This would account for the seamless beauty of “Will’s” re-imagined London – what could have been a horrid clash of sensibilities becomes a rather believable, barely anachronistic world building tool: Think Alex Cox’s “Sid and Nancy” meets “Shakespeare in Love.” Of course, some of the other liberties the writers of “Will” have taken are less forgivable.

There is, for one, the fact that his character is set up as being “torn between two women.” His wife, the worried, shrewish Anne, who doubts anyone will ever read a play by William no-name Shakespeare, and the fictionalized Alice, who dresses as a man when she goes out at night and is a theater-loving “cool girl” in a world full of Anne Shakespeares who are too busy popping out babies and worrying about basic family income to don a stylish men’s chapeau in the after hours. If the writers of “Will” mean to bring in the established fact of Shakespeare’s out bisexuality at any point, they’ve done a good job of keeping that intention under wraps. Despite the promise of a gaudy, bawdy world in which men dress up as girls, lace themselves up to create convincing cleavage, and streak their “tarted-up” faces with cerulean blue facepaint, “Will” seems pretty much uninterested in exploring the gender vagaries of such of a world.  Even though Shakespeare’s, you know, entire body of work centered around such vagaries.

At least, “Will’s” pilot seems uninterested in this. This is a shame, because, for all its heavy-handedness, “Will” is shaping up to be one of the most fun and genuinely original shows of the year. One would imagine that TNT, now just coming into its own as a purveyor of excellent original programming, thanks to “Will” and the newly-launched “Claws”, (another gaudy, unapologetically fun series) would have the guts to make the one life-of-Shakespeare adaptation that actually faces up to one of the writer’s greatest driving forces: His love of men. But I don’t want to speak too soon, for fear of jinxing it. Perhaps “Will” has a few more tricks up its sleeve.