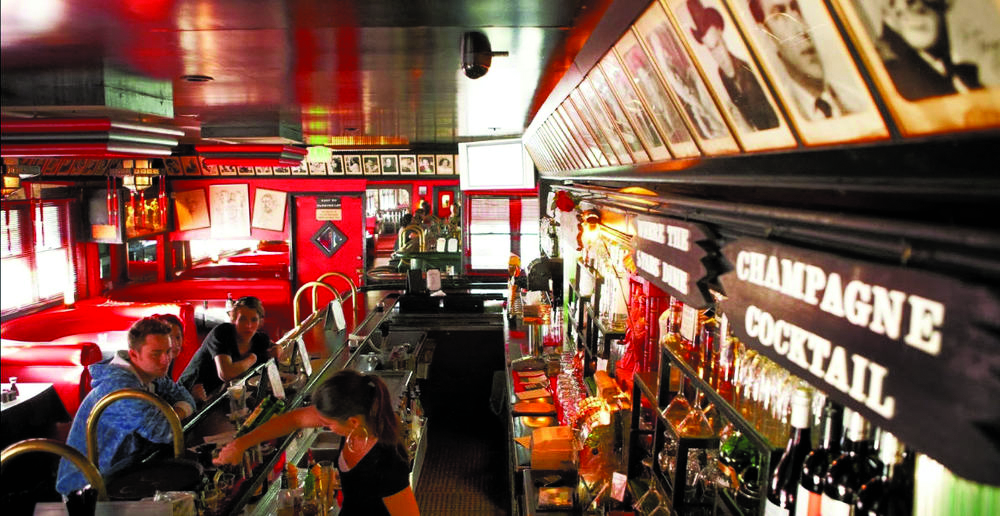 BY CONNOR DUFFEY| As gentrification sweeps Los Angeles, less chic-minded establishments will, unfortunately, suffer casualties. The two golden-age L.A. restaurants Formosa Cafe and The Cat & Fiddle were prime examples of the sad process in action. The iconic spots were forced to shutter their businesses due to rising rent and lack of interest.

Thankfully, these two beloved hangouts have managed to rise from the ashes to thrive once again.

Formosa Cafe, a bar and Chinese restaurant known for attracting Old Hollywood glamor in its heyday, closed in December of last year,  despite an effort to shake up its menu in 2014. However, the bar’s proprietor, The 1933 Group, who previously undertook a retro remodel of Highland Park Bowl, are working to reopen Formosa Cafe next year.

In a statement, one of The 1933 Group’s owners, Dimitri Komarov, states that he promises to keep Formosa’s old L.A. charm, while simultaneously updating its dated aspects: “In a time when beloved establishments are closing throughout Los Angeles, our company mission has evolved to prioritizing the preservation of the city’s architecture and history by acquiring and breathing new life into notable gathering places such as these.”

Meanwhile, bar and grill The Cat & Fiddle recently reopened their newly-refurbished doors to the public on June 5 at a new location on Highland Avenue near Hancock Park. The establishment’s previous iteration, which bordered Hollywood Boulevard, was forced to close in 2014 due to rising rent costs it couldn’t afford, according to owner Paula Gardner.

The Cat & Fiddle’s new building used to house Highland Grounds, a coffee shop and restaurant that echoed a similarly retro aesthetic as The Cat & Fiddle. Gardner told LA Weekly that the new space maintains the desired friendly aura, while also making more strategic business sense: “We’re happy we’re out of the old space now…It’s a better neighborhood. And the energy is different in that part of town now.”

The fresh location sports a more intimate space, a similar menu with some new dishes attached and updated lighting fixtures. A majority of the decor, however, is exactly as it used to be, Gardner also told LA Weekly: “Everything behind the bar is the same. The leaded-glass lamps and windows [one with the signature cat emblem] are back. We kept everything in storage because we knew we were going to open again.”

It’s these blissful revamps of cherished older businesses that shine new hope on the prospects of retaining classic local culture. It seems that the old and new of L.A. can not only coexist, but, with the help of community engagement, flourish.