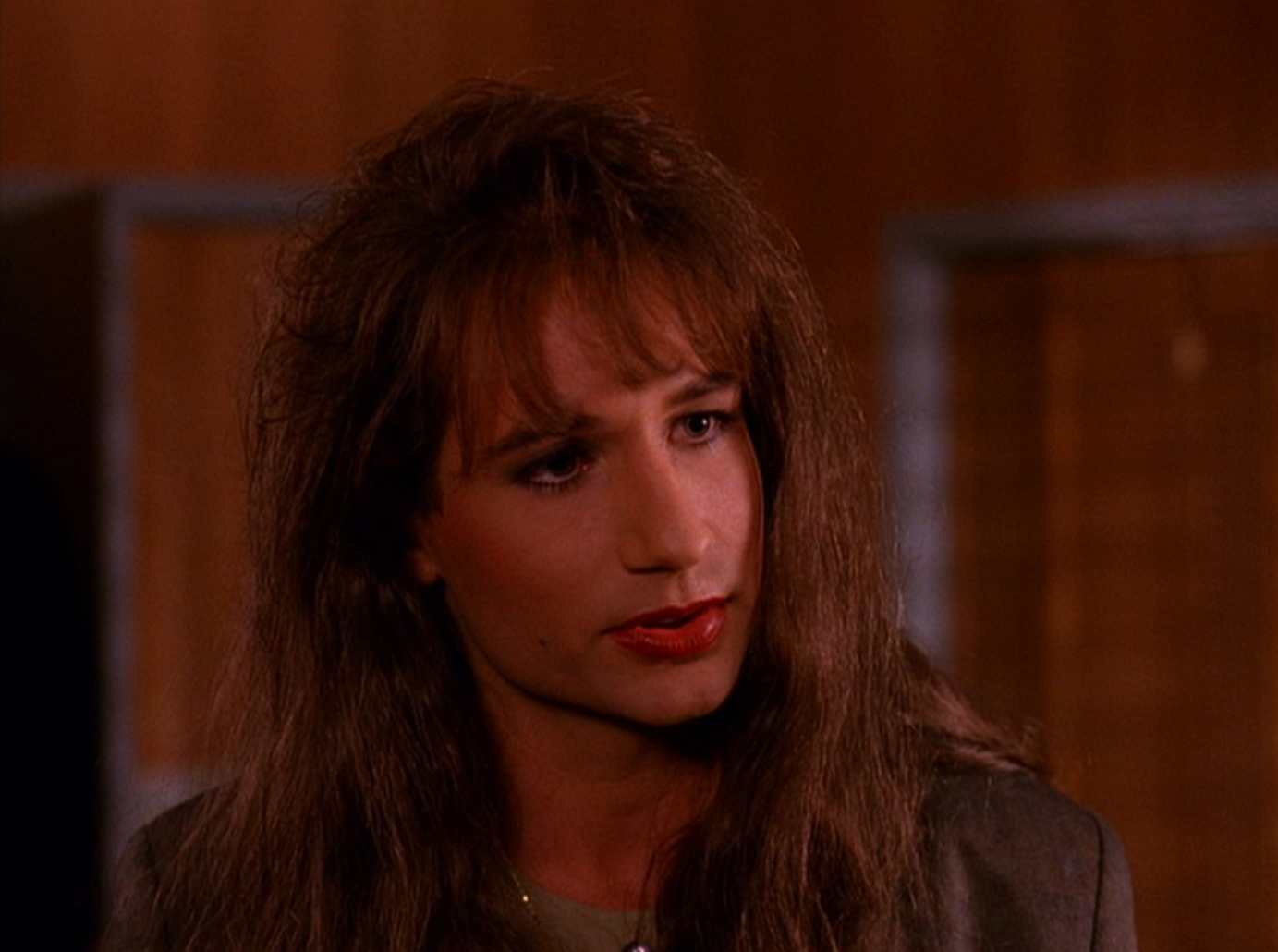 By GENNA RIVIECCIO| Even for those who are devoted fans of “Twin Peaks” – regardless of whether they watched the show while it was on or whether they caught up with it recently via Netflix – it’s, at this point, been almost too much buildup for the revival, “Twin Peaks: The Return.” In spite of it being, as a number of critics have confessed, “unreviewable,” what’s not being said is that the show never stood a true chance against its original. This is perhaps why David Lynch and Mark Frost insist that fans don’t consider it season three, so much as a “continuation” or “limited series.”

But the one thing Twin Peaks: The Return has kept intact is its trailblazing status as one of the first primetime shows to feature a trans character prominently in the form of Denise Bryson, played by David Duchovny. In the fourth installment of the latest incarnation of the series, it is revealed that Denise has come a long way since her initial three-episode arc on the show. Indeed, she’s transcended from the man who discovered his innermost desire via a sting operation that required him to pose as a woman into the Chief of Staff of “the entire Federal Bureau of Investigation” – she just loves saying the entire acronym like that. But more than Denise’s position of power standing as a rarely-seen positive portrayal of a trans woman on TV, it’s also her exchange with Gordon Cole (Lynch himself) that is telling of “Twin Peaks’” longstanding depiction of a trans woman as something to be embraced, not fought against.

As Denise questions Gordon about his motives in asking a young, attractive female agent named Tamara Preston (Chrysta Bell) – he has a notorious preference for this type – Gordon reminds her, “When you became Denise, I told all your colleagues to fix their hearts or die.” Although he’s merely reminding Denise that she still owes him a great debt, the manner in which he speaks is the verbal manifestation of the aesthetic beauty that is “Twin Peaks.” Sure, there’s a lot of ugliness in between (especially this season, with all the vomiting.) But, like the hideous and unnecessary disputes that swirl around transness, at the core is beauty – the beauty of being able to become who you were truly meant to be.

And thus far, it seems that there’s been no better delineation of this in television than Denise – though it remains a bit unfortunate that a cis man still needs to fill a role like this. Granted, Lynch was already causing enough controversy in the early ’90s by creating a trans character onto a mainstream screen. Now he’s just employing continuity, otherwise he might have gone the extra mile had “Twin Peaks” been a brand new show in 2017 and actually gotten an actual trans actress to play the part.

But at least in the brief, five-minute span in which Denise appears, she manages to cover more ground in terms of addressing the plight of the trans person than most TV scriptwriters can wrangle up in an entire hour. For instance, her discussion of having to continue to take hormones offers something tantamount to a Trans 101 class for the type of straight, cis folks that tend to gravitate toward the Lynchian canon. After all, most seem to think that all it takes to change sexes is a swift surgery with no upkeep afterward. Yet Denise, with one wave of her hand to indicate her overheated temperature, retains her place as the part of “Twin Peaks” that’s always been ahead of its time.