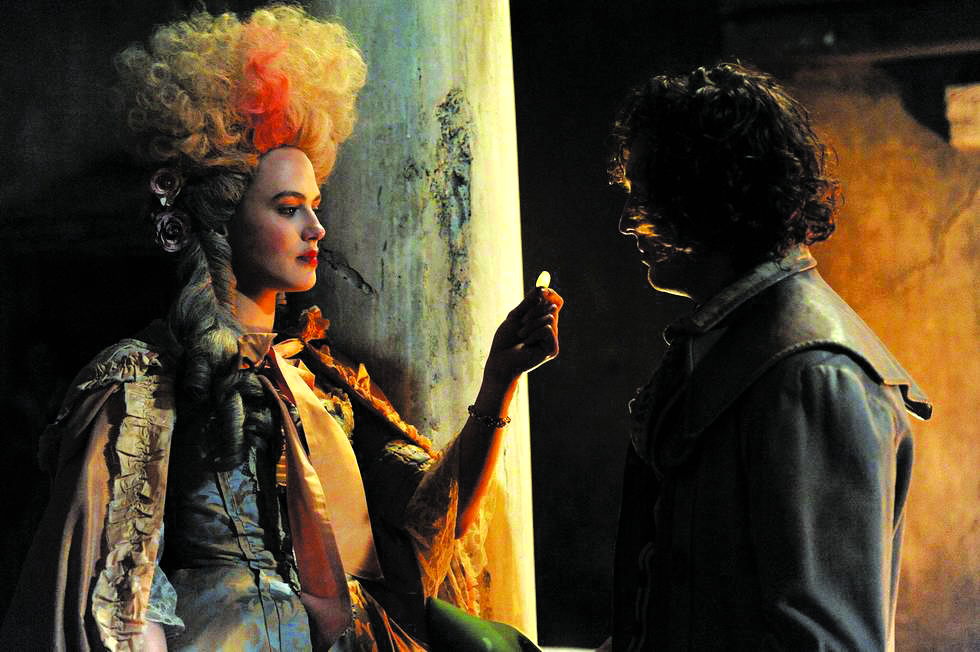 It’s the 1760s in London. Wigs haven’t gone out yet, and neither have STDs. And when it comes to social mobility, women don’t have a lot of choices. You can get married, of course. Or you can sign over a contract to be a man’s sexual property. It’s up to you.

“I wouldn’t wish marriage on a dog.” Sneers Samantha Morton’s Margaret Wells, an ambitious brothel owner determined to climb the social ladder, and bring her daughters up along with her. To Wells, that means selling their virginities off to the highest bidder.

“Harlots”, to put it mildly, is a show about female independence.

That might not sound radical in itsel f—but of all the shows that claim to actually be about women’s lives, Hulu’s “Harlots” is the one that stays truest to a feminist utopian vision of the world. And — somewhat contradictorily — to the past.

Margaret Wells runs a successful shop —she has plenty of girls in debt to her, and a vision of a house in the country once she finally saves up enough money. She has only one competitor: The upper class Madam Quigley (played by Leslie Manville of Mike Leigh films), who runs something of a tighter ship, requiring all her girls to learn about the arts, be able to speak and sit properly, and speak French. Madam Quigley, it’s prudent to point out, was also once Wells’s madam.

Add to this mix a spunky daughter (Downtown Abbey’s Jessica Brown Findlay) who refuses to sign over a sex contract to a whiny lord who wants her all to himself, and another, younger daughter whose virginity is currently on the market.

You could come to “Harlots” for the drama — the pure camp of two women in wigs spitting and fighting and calling each other period insults like ‘quim’ and ‘cunny’. You could come for the acting, which is above and beyond. Or you could come for the canny dialogues about a woman’s relationship to power, freedom, and money. Whatever reason you end up coming to “Harlots”, you’ll find it to be one of the most promising 45-minute televised offerings in recent history, a mess of steampunk editing, hot pink garters, and a filthy frankness about human sexuality. It’s everything Sofia Coppola’s Marie Antoinette was supposed to be, minus the attendant pretension. And it’s bound to be one of the best shows we’ll see this year.