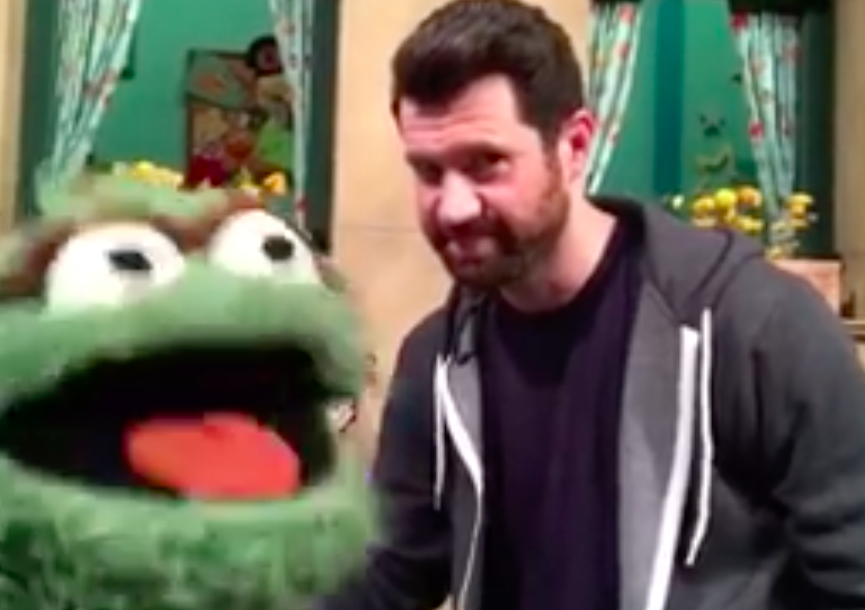 As if Billy on the Street wasn’t endearing enough! Billy Eichner announced today (via Facebook) that he’ll be appearing on the beloved PBS show Sesame Street tomorrow as a very special guest. A Sesame Street appearance amounts to something of a rite of passage for certain performers who look to follow a long line of legendary guests (Stevie Wonder, Lena Horne, and Johnny Cash, just to name a few.) The surprise of an Eichner appearance has to do more with his gruff, highly crude, and often sharply political persona–on both Difficult People and Billy on the Street–than his undeniable comic ability. The notoriously NSFW Eichner’s involvement with a kid’s show, especially following the news of his casting in the American Horror Story Season 7, seems like a bold move. But how political will Eichner get? Will he use the Sesame Street platform to talk about the problems going on in our country today? Will he address the recent, heartbreaking video put out by PBS just last week that shows Elmo as the first victim of Trump’s proposed NEA cuts? Or will he simply spar with Oscar the Grouch?

Whatever Eichner’s appearance brings, we’re ready for it.