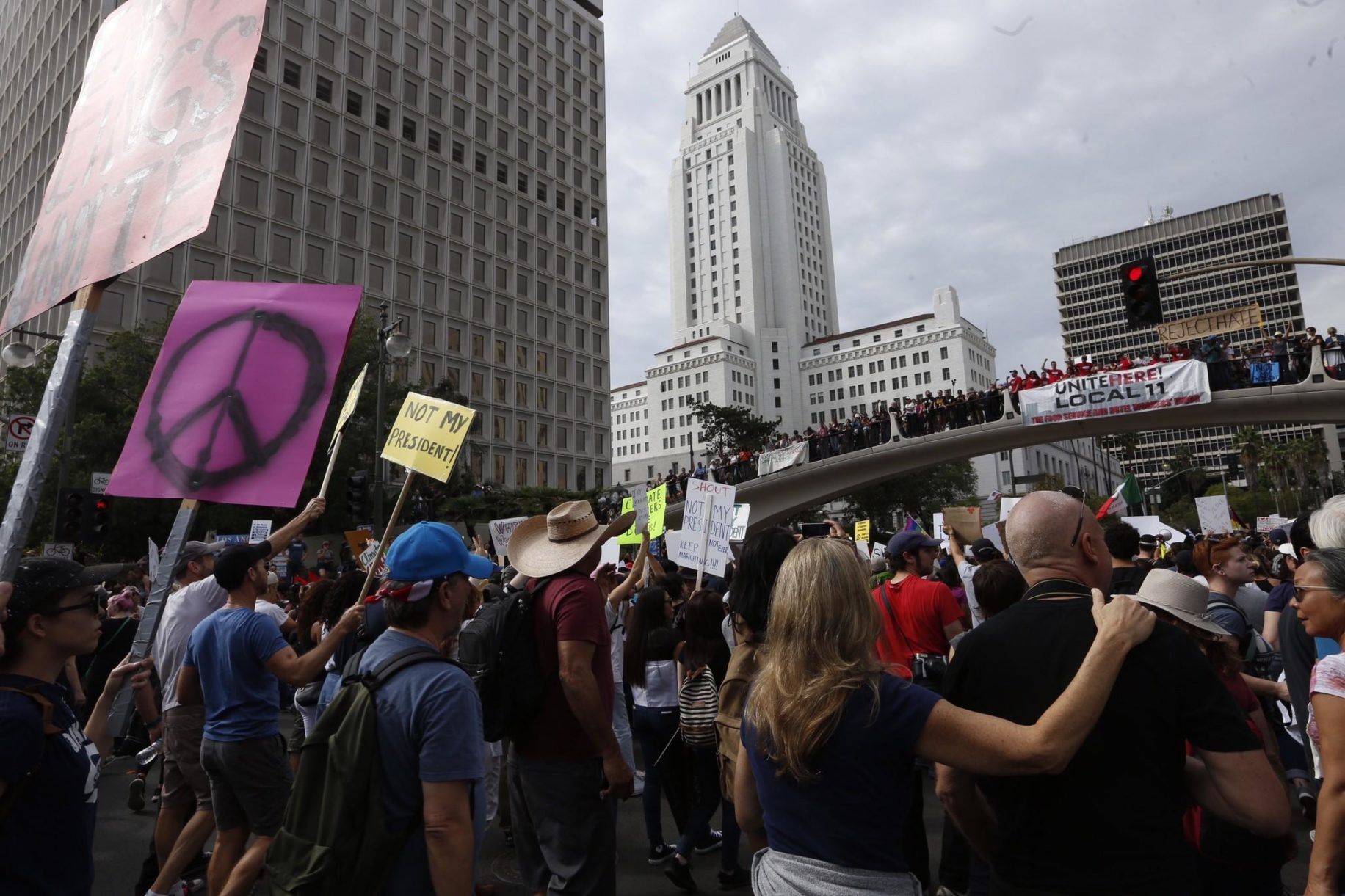 BY KAREN OCAMB |  The day after one of the darkest inaugural addresses in American history,
women and their allies will rally in Washington DC and in cities around the country Saturday to protest expected roll backs on women’s reproductive rights, as well as numerous other gains, by new President Donald J. Trump. Sandwiched between the odd parade of military pageantry and high school marching bands and three Inaugural Balls with no top performers, Trump signed a an executive order directing federal agencies to “ease the burdens” of the Affordable Care Act as the administration and Congress work toward a “repeal and replace” of the Obamacare healthcare law.
Trump did not mention Obamacare in any of his remarks Friday, nor did he mention the complete overhaul of the White House website.
“During his campaign and afterward, Trump has pledged that fundamental changes to the health-care system would be a first priority. In a speech outside Philadelphia six days before the November election, Trump vowed to abolish the Affordable Care Act before he was sworn in. ‘Have to do it,’ he said. ‘I will ask Congress to convene a special session so we can repeal and replace,’” the Washington Post reported.
“The climate change web page that existed under Obama was not replaced on the Trump site, with scant mention of climate change under the new president’s energy plan. Also gone or not immediately replaced were the web pages the previous administration had devoted to the rights of lesbian, gay, bisexual and transgender individuals; people with disabilities; and civil rights more generally.”
No mention of immigration or Planned Parenthood either.
Los Angeles will experience the exact opposite on Saturday with the Women’s March starting at 9:00amin Pershing Square with speakers, including out LA City Councilmember Mike Bonin, Abbe Land, Antonio Villaraigosa and Hilda Solis. The march will then proceed to LA City Hall for a rally that includes out City Controller Ron Galprin, WeHo Mayor Lauren Meister, trans activist Maria Louisa Roman, Senate President Prop Tem Kevin de Leon, Rep. Judy Chu and the out president of Planned Parenthood, Sue Dunlap.
The LA Women’s March organizers say their mission is:  “In the spirit of democracy and honoring the champions of human rights, dignity, and justice who have come before us, we join in diversity to show our presence in numbers too great to ignore. We stand together, recognizing that defending the most marginalized among us is defending all of us.
We support the advocacy and resistance movements that reflect our multiple and intersecting identities. We call on all defenders of human rights to join us. This march is the first step towards unifying our communities, grounded in new relationships, to create change from the grassroots level up. We work peacefully while recognizing there is no true peace without justice and equity for all.”
Please go to the March’s Facebook page for full list of speakers, instructions on how to get there, and more important information.
No doubt more than a few women and allies who march on Saturday will think wistfully to the days of President Barack Obama that already seem a lifetime ago.
By Karen Ocamb January 20, 2017
in EDITORIAL, LOS ANGELES, NEWS, POLITICS, TRANS HEALTH, WOMENS HEALTH
Related Posts