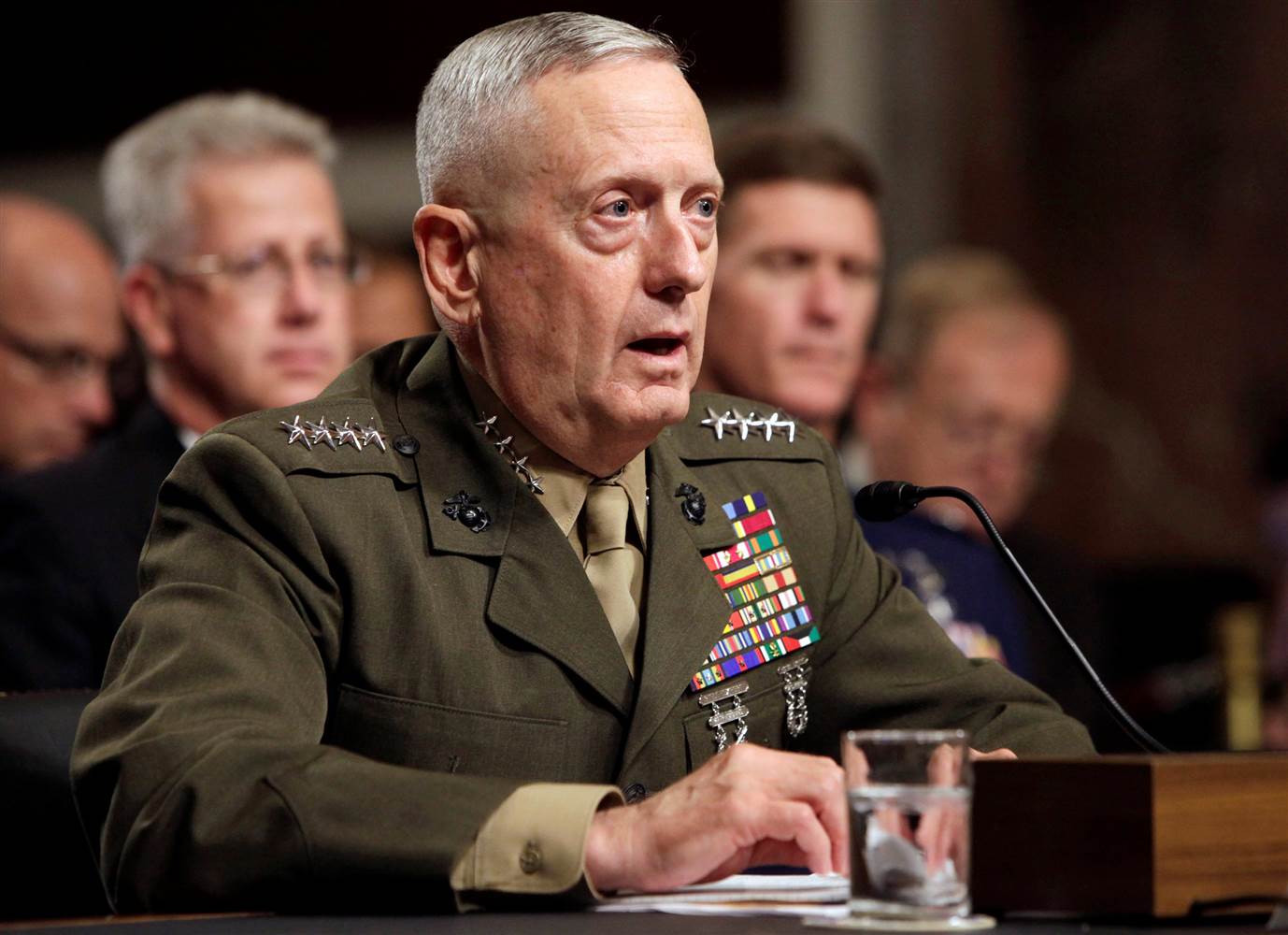 BY STAFF  |  Continuing his string of LGBT hostile Cabinet picks, Donald Trump has tapped James Mattis for Secretary of Defense.

Mattis, in August of 2016, said that President Obama was trying to foist “social change” on the military with what Mattis views as the President’s campaign to accept gay and transgender troops who serve openly in the military.

He has repeatedly said that efforts to be inclusive of LGBT soldiers has weakened the military.

In a book published in August 2016,  Warriors & Citizens: American Views of Our Military, Mattis and his co-author Kori N. Schake, wrote about a “progressive agenda” that seeks to impose “social change” on the military. “We fear that an uninformed public is permitting political leaders to impose an accretion of social conventions that are diminishing the combat power of our military,” Mattis and Schake wrote.

Mattis argues that the desire of some soldiers (57 percent he claims) to object to the presence of LGBT soldiers, even if it brings discredit on the military, is an example of the complexities the military must allow.

His arguments have been used by the Military Religious Freedoms Foundation, a group that seeks similar carve outs on LGBT issues sought by Mike Pence’s Religious Freedom Act. The group claims their religious right to discriminate is violated by the military’s requirement to accept LGBT soldiers.  There is no evidence General Mattis has any affiliation with this group.

Washington Post writer Josh Rogin recently quoted Mattis as having something of a sense of humor about Don’t Ask, Don’t tell:  “When Gen. Abrial arrived to relieve me as the supreme commander, only don’t ask, don’t tell kept me from hugging and kissing him,” the General allegedly joked.

Mattis was fired by President Barack Obama in 2013. The President felt the General was, according to The New York Times, “too hawkish on Iran.” Other sources online said that he was fired for being out of step with the administrations progressive policies.

Mattis has also questioned whether women are suited for what he called the “intimate killing” of close combat, and whether male commanders would balk at sending women into such situations.

Of Post Traumatic Stress Disorders, “There’s no room for woe-is-me, for self-pity, or for cynicism” in the military, Mattis said. “Further, there is no room for military people, including our veterans, to see themselves as victims even if so many of our countrymen are prone to relish that role. In the military, we make choices. We’re not victims.”

General Mattis led a Marine division to Baghdad during the 2003 invasion of Iraq.