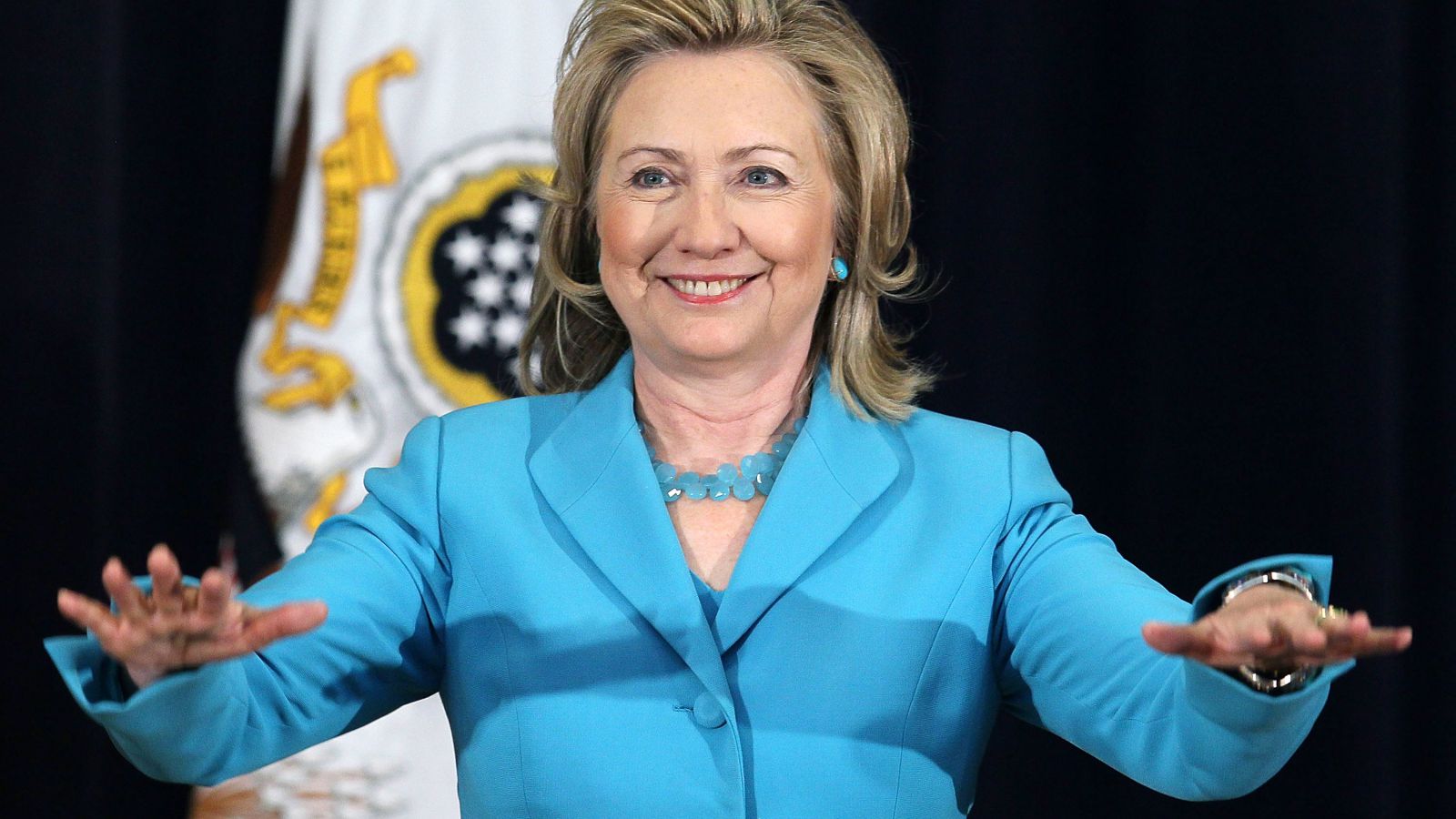 Yesterday, when Hillary Clinton lauded Nancy Reagan for her “low-key advocacy”  in the fight against AIDS, LGBT and AIDS activists nearly broke the internet with outrage.

Clinton offered a flip apology that may have actually been written by an aid, claiming she had confused Nancy Reagan’s work on Alzheimer disease with AIDS.  It was something everyone was confused by, given her long history of work with people with AIDS and her numerous friends who died during the darkest days of the epidemic (Bob Hattoy comes to mind).

Tonight she has offered up a clearer apology:

BY HILLARY CLINTON  |  Yesterday, at Nancy Reagan’s funeral, I said something inaccurate when speaking about the Reagans’ record on HIV and AIDS. Since then, I’ve heard from countless people who were devastated by the loss of friends and loved ones, and hurt and disappointed by what I said. As someone who has also lost friends and loved ones to AIDS, I understand why. I made a mistake, plain and simple.

I want to use this opportunity to talk not only about where we’ve come from, but where we must go in the fight against HIV and AIDS.

To be clear, the Reagans did not start a national conversation about HIV and AIDS. That distinction belongs to generations of brave lesbian, gay, bisexual, and transgender people, along with straight allies, who started not just a conversation but a movement that continues to this day.

The AIDS crisis in America began as a quiet, deadly epidemic. Because of discrimination and disregard, it remained that way for far too long. When many in positions of power turned a blind eye, it was groups like ACT UP, Gay Men’s Health Crisis and others that came forward to shatter the silence — because as they reminded us again and again, Silence = Death. They organized and marched, held die-ins on the steps of city halls and vigils in the streets. They fought alongside a few courageous voices in Washington, like U.S. Representative Henry Waxman, who spoke out from the floor of Congress.

Then there were all the people whose names we don’t often hear today — the unsung heroes who fought on the front lines of the crisis, from hospital wards and bedsides, some with their last breath. Slowly, too slowly, ignorance was crowded out by information. People who had once closed their eyes opened their hearts.

If not for those advocates, activists, and ordinary, heroic people, we would not be where we are in preventing and treating HIV and AIDS. Their courage — and their refusal to accept silence as the status quo — saved lives.

We’ve come a long way. But we still have work to do to eradicate this disease for good and to erase the stigma that is an echo of a shameful and painful period in our country’s history.

This issue matters to me deeply. And I’ve always tried to do my part in the fight against this disease, and the stigma and pain that accompanies it. At the 1992 Democratic National Convention, when my husband accepted the nomination for president, we marked a break with the past by having two HIV-positive speakers — the first time that ever happened at a national convention. As First Lady, I brought together world leaders to strategize and coordinate efforts to take on HIV and AIDS around the world. In the Senate, I put forward legislation to expand global AIDS research and assistance and to increase prevention and education, and I proudly voted for the creation of PEPFAR and to defend and protect the Ryan White Act. And as secretary of state, I launched a campaign to usher in an AIDS-free generation through prevention and treatment, targeting the populations at greatest risk of contracting HIV.

The AIDS crisis looks very different today. There are more options for treatment and prevention than ever before. More people with HIV are leading full and happy lives. But HIV and AIDS are still with us. They continue to disproportionately impact communities of color, transgender people, young people and gay and bisexual men. There are still 1.2 million people living with HIV in the United States today, with about 50,000 people newly diagnosed each year. In Sub-Saharan Africa, almost 60 percent of people with HIV are women and girls. Even though the tools exist to end this epidemic once and for all, there are still far too many people dying today.

That is absolutely inexcusable.

I believe there’s even more we can — and must — do together. For starters, let’s continue to increase HIV and AIDS research and invest in the promising innovations that research is producing. Medications like PrEP are proving effective in preventing HIV infection; we should expand access to that drug for everyone, including at-risk populations. We should call on Republican governors to put people’s health and well-being ahead of politics and extend Medicaid, which would provide health care to those with HIV and AIDS.

We should call on states to reform outdated and stigmatizing HIV criminalization laws. We should increase global funding for HIV and AIDS prevention and treatment. And we should cap out-of-pocket expenses and drug costs—and hold companies like Turing and Valeant accountable when they attempt to gouge patients by jacking up the price of lifesaving medications.

We’re still surrounded by memories of loved ones lost and lives cut short. But we’re also surrounded by survivors who are fighting harder than ever. We owe it to them and to future generations to continue that fight together. For the first time, an AIDS-free generation is in sight. As president, I promise you that I will not let up until we reach that goal. We will not leave anyone behind.