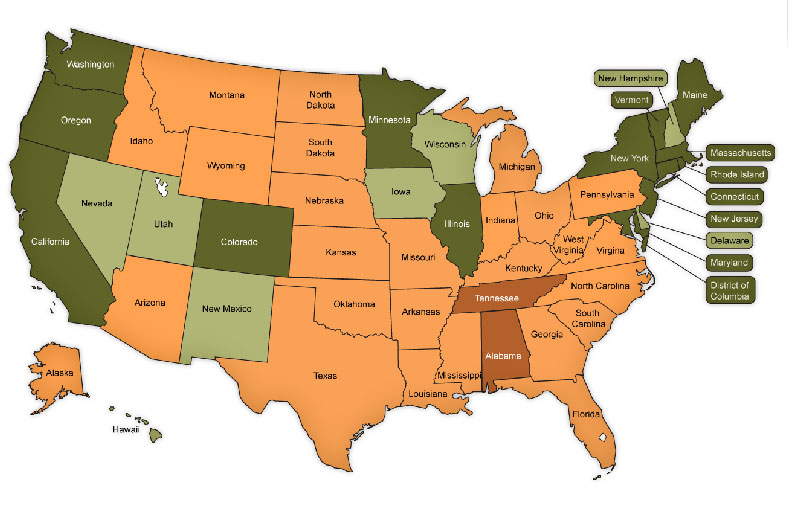 BY MATTHEW S. BAJKO  |  Several national groups this week released a report saying that LGBT people, especially those of color, face disproportionate rates of incarceration and experience discrimination during and after custody.

In a news release Tuesday for the report, “Unjust: How the Broken Criminal Justice System Fails LGBT People,” (http://www.lgbtmap.org/criminal-justice), Ineke Mushovic, executive director of the Movement Advancement Project, one of the organizations behind the report, said, “It used to be a crime to be LGBT in the United States, and while police are no longer raiding gay bars, LGBT people, especially LGBT people of color, are still disproportionately pushed into the criminal justice system. They are treated unfairly within the system and in correctional settings, and face extraordinary challenges in rebuilding their lives.”

The report cites research and analysis from recent years, including the National Inmate Survey. From 2011 to 2012, the report says, pointing to the survey, 7.9 percent of state and federal prison inmates identified as LGBT. That’s far out of balance with the percentage of all American adults who say they’re LGBT. Citing Gallup, “Unjust” says that figure is 3.8 percent.

First, there’s “increased criminalization of LGBT people,” according to “Unjust,” which points to factors including discrimination in housing, workplaces, and families. Those situations mean LGBT people are more likely to face poverty or homelessness, which lead to “increased risk” of encounters with law enforcement.

Next, LGBTs “are more frequently incarcerated and treated harshly.”

Among other concerns, there’s “unfair and inhumane treatment in jails, prisons, and other confinement facilities.”

For example, the report says, “LGBT people are frequently placed in solitary confinement, and transgender people are regularly placed in facilities that do not conform to their gender identity.”

In San Francisco, the sheriff’s department has been preparing to place transgender inmates in housing that matches their identities.

Finally, according to “Unjust,” LGBTs face extra challenges to putting their lives back together.

“Rarely do probation, parole, and re-entry programs take into consideration the discrimination that LGBT experience in many areas of life, including employment, housing, and public accommodations,” the report says.

Among other recommendations, “Unjust” calls for working to eliminate discrimination against LGBTs in employment, housing, and other areas. It also urges education and training for institutional staff.

In Tuesday’s news release, Laura E. Durso, senior director of the LGBT Research and Communications Project at the Center for American Progress, said, “As the nation continues to debate how to fix the criminal justice system, it is critical to explore solutions that will improve conditions and ensure fairness for everyone. That includes America’s nine million LGBT people who are at increased risk of having their lives and life chances destroyed by the current criminal justice system.”