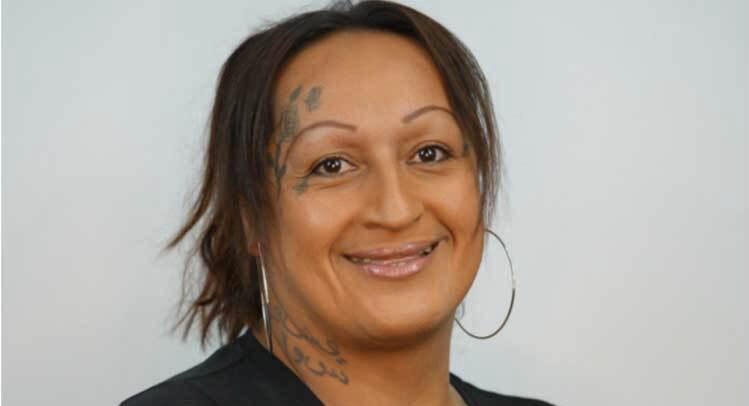 Another transgender woman of color was brutally attacked in MacArthur Park in Los Angeles’ Westlake neighborhood on Sunday night after being surrounded by a group of men who suggested hatred for “gays,” according to the LAPD.

The 42 year old woman who was identified by friends as Daniela Hernandez was sitting on a park bench about 9:30 p.m. when she was surrounded by four to five men, one of whom said “something to the effect of, ‘We don’t want gays in the park,’” officials said. She was then stabbed and her throat was cut before the group fled, according to police and a statement by the TransLatina Coalition, where Hernandez volunteered.

Dozens of people attended a #Justice4Daniela demonstration Monday evening at the park, including James Wen, who serves on the Los Angeles Transgender Advisory Council.

West Hollywood Mayor Lindsey Horvath, who also attended the gathering, said she was working on a campaign in her city to “call out the transphobia in our society.”

“Our loving thoughts are with Daniela Hernandez as she recovers from this brutal attack. We stand with our sister organization, the TransLatina Coalition, where Daniela volunteered, in decrying the epidemic of violence against trans women of color. There have been more than 31 known murders of trans or gender non-conforming people in the U.S. this year—the majority of whom were black trans women.  And for every transgender homicide, countless others face violent attacks and discrimination every day in this country.

“The all too frequent and violent attacks against transgender women, especially Latina and Black women, must end. In this spirit, the Center recommits to our collaboration with our colleague organization, the Trans Wellness Center, to fight this violence by lifting up programs that serve trans people. We call on the L.A.P.D. and prosecutors to act quickly to ensure that this case is investigated as a hate crime and that the perpetrators are arrested and taken off the streets before this happens again.”

Bamby Salcedo, president and chief executive of the TransLatina Coalition, stated that Hernandez is recovering following the attack but that it has disrupted positive momentum in her life. Hernandez had recently begun a new job as a housekeeper — her first official job since moving to the United States from El Salvador almost three years ago.

LAPD Assistant Chief Robert Arcos said Hernandez was recovering in a local hospital as detectives followed “significant leads” they had gathered in the case.

This comes right off the heels of another attack against three transgender women in Hollywood who were beaten and robbed in August in an attack police called a hate crime. Two men have been charged in that assault.

At least 28 transgender people have been killed in the U.S. this year, according to an August statement from the National Center for Transgender Equality, surpassing the total for all of 2019.