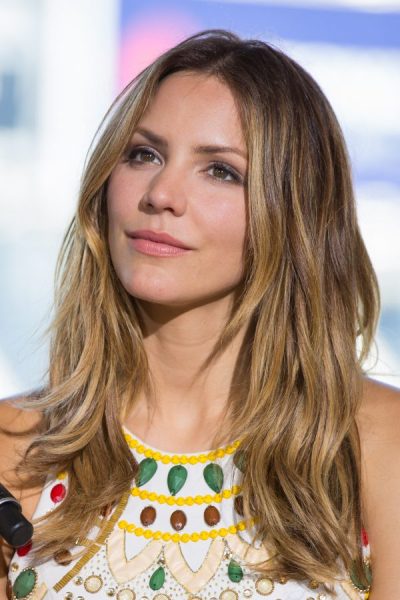 Federal Election Commission public records appear to show that she’s been giving thousands and thousands of dollars to Republican causes, including Donald Trump‘s reelection campaign, for well over a decade.

Ironically McPhee has allegedly been bankrolling anti-gay causes while pandering to queer audiences.

Throughout her career, McPhee has professed her love for the LGBTQ community, who she has acknowledged have played a pivotal role in her success as a singer and musical theater actress.

In 2018, she went so far as to publish a “love letter” to her queer fans in Billboard, in which she wrote: “I’d like to express my unwavering support to the LGBTQ community and appreciation for how much love you’ve shown me throughout the years.”

All of this in contradiction with where she chooses to donate her money.

McPhee has taken to social media to celebrate Juneteenth which her alleged candidate, Donald Trump, tried undermining by announcing a MAGA rally in Tulsa, Oklahoma, the site of the largest race massacre in American history, that same day.

She has taken to social media to bring attention to trans people who her alleged candidate, Donald Trump, banned from the military and called a “distraction”.

She has joined the nation in mourning for the murder of George Floyd which her alleged candidate, Donald Trump, used to stoke racism and incite race wars.

And she has also used her platform to make sure everyone exercises their right to vote while her alleged candidate, Donald Trump, and other Republicans are doing everything they can to suppress the vote.

The Trump administration has made it very clear how it feels about the LGBTQ+ community by continually making it harder for the LGBTQ+ people to be equal in society and many of McPhee’s supporters have expressed their disappointment in the singer/actress stating “you can’t financially support them and be an ally at the same time.”

McPhee has not issued any comment on her alleged political donations or the controversy they have caused.