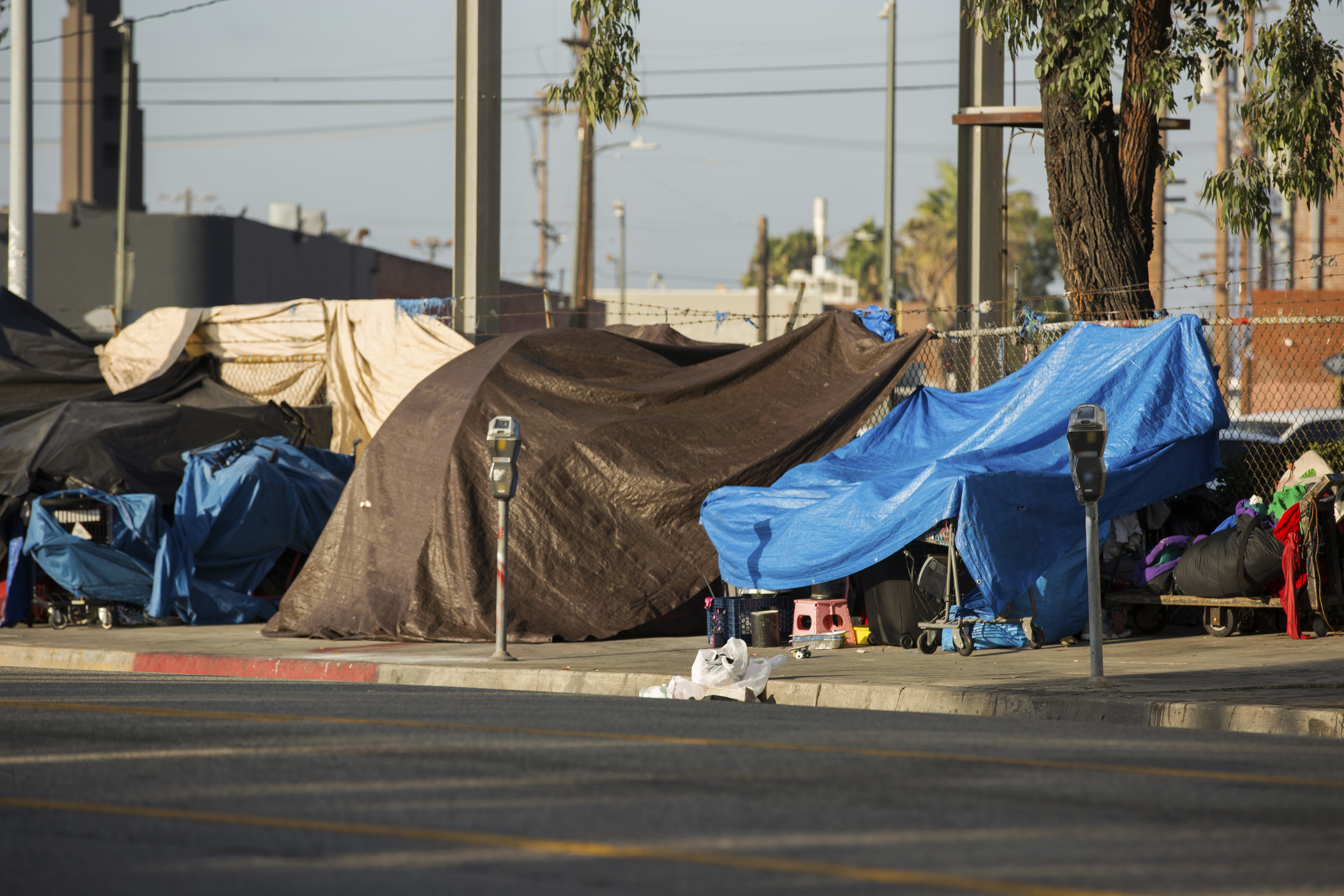 A personal overview from a trans activist and MSW candidate from USC Suzanne Dworak-Peck School of Social Work.

Oftentimes, we take for granted the privilege of having a roof on our heads, a privilege that is disturbingly amplified, as we see the despair of others in need. Falling on the hands of homelessness does not discriminate the traditional ideas of genderism by any means, but when gender and sex is morphed into the shape of transgender identity; immediate basic needs, like shelter and social services are subject to uneven distribution among those in need.

This is the situation that many transgender, gender-variant and intersex (TGI) homeless face daily, when looking for shelters in Los Angeles and nationwide. According to the National Transgender Discrimination Survey (TDS), one in three transgender people are turned away from sex-segregated shelters due to gender-based discrimination. The study also reveals that 42 percent of the ones admitted, are housed in unsuitable spaces for their gender identity, making them target of violence and sexual assaults. The National Center for Transgender Equality (NCTE) states, that one in five transgender individuals have experienced homelessness in their lives. Most homeless TGI cases are the result of family rejection, discrimination, and violence.

Being transgender myself, makes me relate to this social issue deeply, as I recall being forced out of my home at age seventeen, on the basis of my gender identity; It was a difficult time, I found myself with no family protection, housing, or peer-support system. I survived the elements of the streets by being street-smart and numbing my emotions. My situation is not unique, as thousands of trans adolescents are banned from families everyday. With the rise of equality for all, I felt it was the right time to get back to school and empower other individuals like myself, to get off the streets and avoid homelessness.

Due to my activism in LGBTQ issues, USC endorsed my vision of social inclusion and allied me through an internship at Trans Latina Coalition (TLC). TLC is an organization that works around the clock, advocating for TGI rights, changing policies and providing direct social services, including homeless shelter referral, food and anti-violence programs. As an activist and an intern in such a revolutionary organization, it is my mission to advocate against transgender stigmatization and blueprint a new beginning of hope.

Based on the severe discrimination that trans people phase in homeless shelters, TLC is working with policymakers in Sacramento addressing the urgent need for housing and social services to serve the trans community. If policies are granted, they will provide funds and land for TGI-designated projects, including emergency housing, workforce development, substance abuse treatment, and peer-support group services.

As Angelinos become increasingly supportive of LGBTQ equity, the TGI community raises awareness by voicing acts of marginalization and discrimination, when seeking for shelter or employment. In May 2019, the Washington Post stated that the President Donald Trump administration developed a proposal that, not only would allow federal-funded shelter administrators to reject transgender applicants, but it would also require them to share showers and sleeping facilities with men.

The anti-transgender proposal was introduced by Ben Carson, the Secretary of Housing and Urban Development (HUD) in his efforts of “making what is fair for everybody” and derogatively calling TGI people “big hairy men” which created social controversy at a meeting at HUD’S San Francisco office.

In despite of anti-transgender campaigns proposed by politicians, Reuters defines Los Angeles city as a “high-ranged LGBTQ supporter in the country, after New York”. Los Angeles fosters an ideology of protective class toward its residents and discrimination is prohibited in any form (California State Senate). This is why is important, not only for the LGBTQ community; but for all communities to come together, as a whole and support the trans community against acts of discrimination of any source.

Recently, Los Angeles city representatives met with TLC leaders to discuss recommendations that could lead to policies to avoid housing discrimination against the TGI community. Some of the points discussed consisted in developing partnerships with housing providers to created safe long-term housing options for TGI people and enforce local, state and even federal legislation to prohibit landlords from discriminating against TGI people on the basis of gender stereotypes.

Although trans people rights are not federally protected under the law, The City of Los Angeles is making great efforts to support the trans community in the fight for equity and freedom for gender expression. According to Jazzmun Crayton, a health and policy coordinator from Asian Pacific Intervention Team (APAIT), an affiliated organization of TLC, Mayor Eric Garcetti, recently granted a $100,000 budget to APAIT for transgender related housing services. This a major milestone in terms of awareness and diverse community support. The funds will provide housing availability to trans people without being fearful of discrimination.

The transgender community has always been on the bottom of the LGBTQ latter, slowly is creating its own identity, policies and a platform of much-needed justice in society. If Angelinos from diverse sexual orientations come together as a community, TGI people can have better chances to develop healthier and productive lives and hopefully avoid discrimination on the basis of gender in homeless shelters.

About the author: Christina Munguia is a resident from Toluca Lake, she was originally born in Colombia. As a trans, she’s been determine to stop stereotypes in the trans community by educating herself. She earned a  B.S. in Family and Consumer Sciences with a major in Interior Design from California State University Northridge. She has worked, as an Interior Designer for the last 12 years, but with the lack of equity in the trans world, she decided to pursue a MSW and support the impacted community. She was accepted at USC Suzanne Dworack-Peck School of Social Work, making history as the first trans in the program.