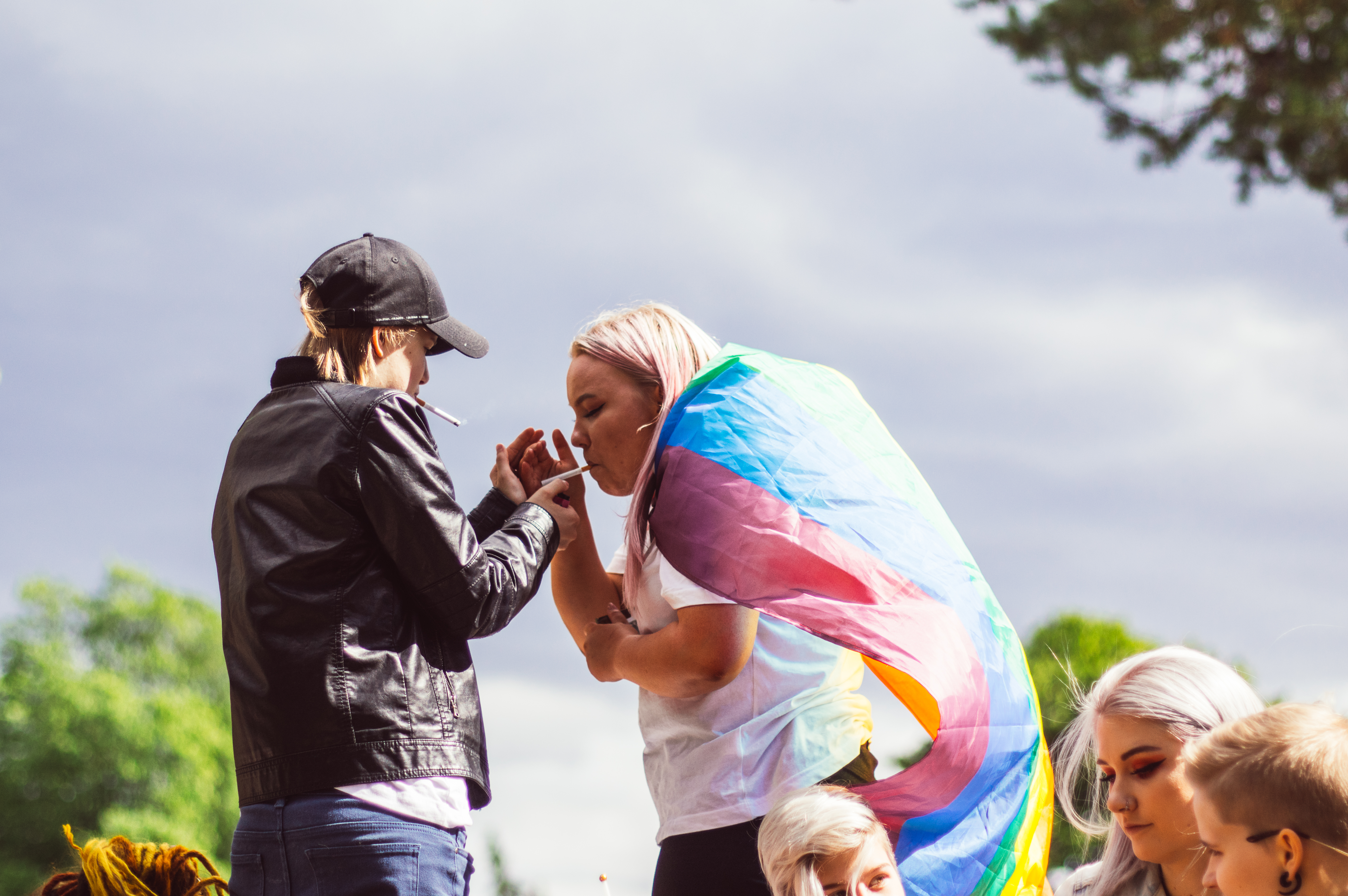 Even though tobacco use has drastically decreased among Americans over the past 50+ years, tobacco use and tobacco-related deaths are still disproportionately higher for LGBTQ+ identifying people.

Each year on every third Thursday in November, The American Cancer Society’s Great American Smokeout encourages tobacco users to quit for one day.

PICTURED ABOVE – On November 21 for the Smokeout, advocates and health experts gathered at the Village at Ed Gould Plaza Courtyard at the Los Angeles LGBT Center to call out tobacco as the leading cause of preventable death in the LGBTQ+ Community at a Big Queer Convo community forum.

Cigarette smoking among the LGBTQ community in the U.S. is higher than among straight individuals, according to the CDC. About 1 in 5 LGBTQ adults smoke cigarettes, compared to 1 in 6 straight adults. It is estimated that LGBTQ+ people make up approximately 3 percent of the total U.S. population.

Statewide and local initiatives, such as The OUT Against BIG Tobacco Coalition, are currently advocating for common sense policies that protect LGBTQ people – especially the most vulnerable members of our community — from Big Tobacco’s predatory tactics.