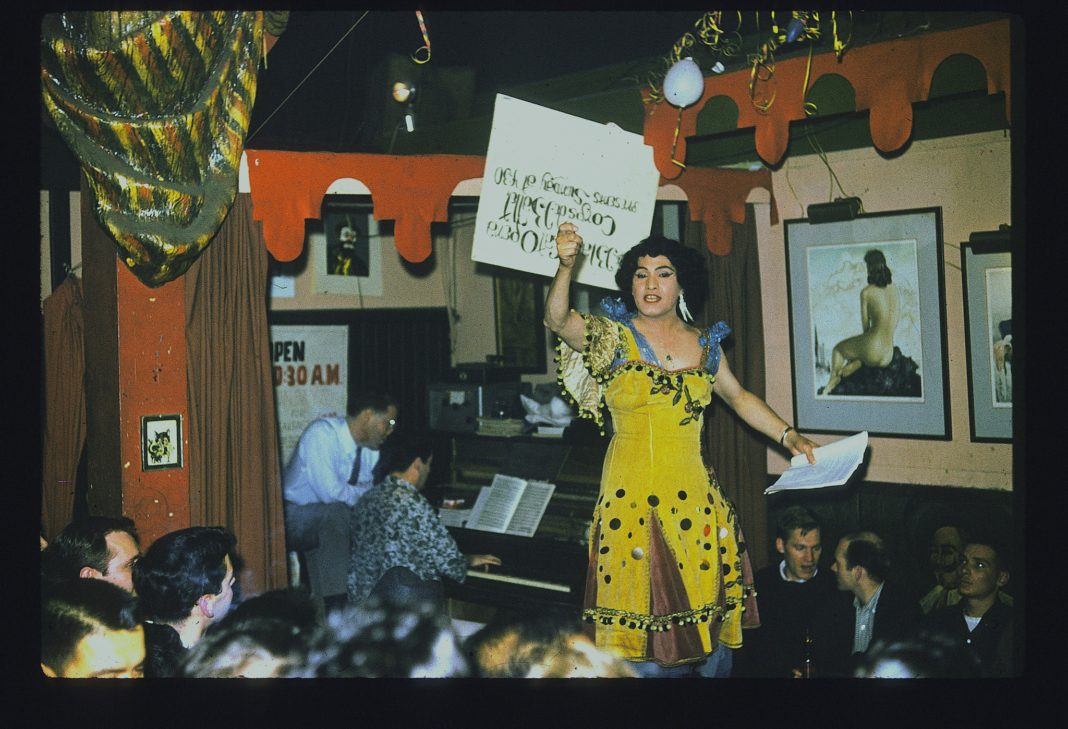 The 26th annual QFilms Fest highlights the importance of showcasing an array of LGBTQ+ experiences through film.

Thousands of LGBTQ+ movie-goers were excited to attend this year’s 26th annual QFilms Festival, the city’s longest running film festival showcasing an array of narrative features, documentaries and short films all about LGBTQ+ people and their experiences.

The festival, which welcomes over 2000 people each year, doubles as a fundraising event for Long Beach’s LGBTQ+ Center, which is located next door to the theatre. During the festival, parties were held next door at The Center all weekend to celebrate LGBTQ+ filmmakers and LGBTQ+ identities, in general. The event took place from Thursday, Sept. 5 to Sunday, Sept. 8.

“I’m incredibly excited about the longevity of Qfilms,” Executive Director of The Center Porter Gilberg said. “For a festival to be in a community for 26 years is an incredible accomplishment. Especially now that this event is produced by an LGBTQ community center. There aren’t a lot of centers that do film festivals — they do prides, they do parties but we’re one of the only centers I know that does a film festival like this.”

Last year, QFilms raised just over $50,000 for The Center — it turned out to be the most successful QFilms festival to date. Last year’s ticket sales increased by 30 percent, according to Gilberg.

“This year, I would be happy if we were able to increase attendance by another 10 or 15 percent,” Gilberg said. “Of course, it would be wonderful to raise $50,000 for our center but QFilms on its own is such an incredible cultural arts program. Of course, I want to raise more money for the center but I want to see more people engaging with our programming because it’s a really cool event.”

On Saturday night of the festival, QFilms showcased its first ever LGBTQ+ Asian Shorts program. The short film program was held to highlight the importance of the Asian and Asian American LGBTQ+ experience. One of the documentaries showcased during the program, “In This Family,” focused on a gay Filipino man, Drama del Rosario, who revisits the audio recordings of when he first came out to his family. Many of the recordings presented in the film were over a decade old.

The recordings presented in the film showcased the difficult process del Rosario endured when he first came out to his parents — who were both conservative Catholics. To say the least, his father was far from OK with the fact that his son is gay. However, the documentary showcases how matters eventually got better for del Rosario. Now, both of his parents are accepting and supportive of their son’s LGBTQ+ identity.

“I would like attendees to go out of their comfort box,” founder of QFilms, Robert Cano, said. “And maybe see a film that normally they wouldn’t see. As a programmer, I see all these films and I always see films that I wouldn’t normally see. But what those films do, beyond educating me, they make me more human. They make me see other people’s experiences, from their eyes, from their points, that I normally wouldn’t. I think that education makes me more of a well-rounded human being.”

Here are three films shown at QFilms that did exactly that — educate and share unique LGBTQ+ experiences to attendees.

Nelly Queen: The Life and Times of Jose Sarria

Director Castel claims that this documentary, which showcases the life and trials of the first openly gay candidate for public office in the United States, remains in production. However, the documentary not only looked but felt finished. Furthermore, the documentary went on to win the Audience Award for Best Film Feature at the QFilms Festival, which is impressive considering it’s not entirely finished yet.

The film walked audience members through the little-known, yet massively influential, life of Jose Sarria. Sarria who served in the military and fought in one of the most violent battles in World War II, the infamous Battle of the Bulge, would go on to use the leadership skills he acquired in the military to lead members of the LGBTQ+ community to new heights.

During his life, Sarria, along with other members of the community, were oppressed by the police and local politicians. For instance, It was illegal for LGBTQ+ people to congregate in a public space during the ‘50s and early ‘60s. The documentary showcases Sarria’s passion for LGBTQ+ rights and a new kind of activism — one involving a highly-regarded mock court system, The LGBTQ+ Imperial Court. This court is still around to this day and fundraises thousands of dollars each year through a network of courts throughout the country. The documentary successfully highlights the importance of Sarria’s never-ending activism and does a vibrant job of educating those who may be unaware of the great feats accomplished by Sarria, also known as The Grande Mere, Absolute Empress I of San Francisco. Such an icon!

I Think She Likes You

Although the film festival showcased a variety of heartwarming and powerful narratives on-screen, QFilms also showcased a number of comedies. “I Think She Likes You” was one of them and premiered during the Asian and Asian American short film program. The story focuses on Justine and Julia, an LGBTQ+ couple looking for a threesome with a straight man. However, the film becomes hilariously chaotic when Justine finds out that Julia is interested in having sex with one of her co-wokers, Jake. The short film featured a mix of witty and gut-busting dialogue, the kind only LGBTQ+ people can truly relate to. The film was a refreshing short that separated itself from the rest through a clever script, an engaging plot and hilarious acting from the lead actresses, Christine Medrano and Teresa Lee.

The Latinx LGBTQ+ community received plenty of representation at this year’s festival. A fan-favorite during the “Men in Briefs” program of the festival was a short film titled, “La Serenata.”

The movie follows a young Mexican-American boy who learns about the Mexican tradition of serenading from his parents. However, when the young boy declares his love for another young boy, his parents — particularly the father — are completely taken aback. The film’s ending is not only surprising yet heartwarming. “La Serenata,” not only educates the audience regarding a treasured Mexican custom, but it also provides an optimistic viewing experience for younger generations of the LGBTQ+ community.