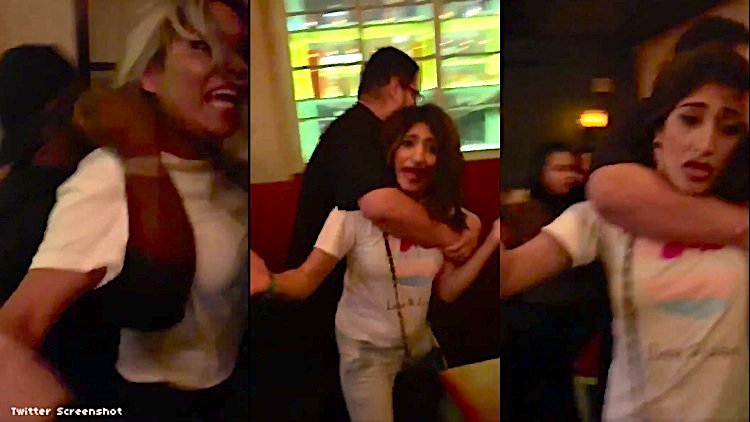 wave of backlash is sweeping social media as people learn about the transphobic and homophobic abuse that transpired at Las Perlas over the weekend.

“The City of West Hollywood has been made aware of an incident being investigated as a possible hate crime against members of the Transgender community this past weekend at Las Perlas, a downtown Los Angeles restaurant. The images in a video of the event posted online are alarming. My colleagues on the West Hollywood City Council and I have communicated with the City Manager and the City’s Economic Development Department about community concerns considering that Las Perlas is reportedly eyeing a location within the City of West Hollywood.–

“Currently, there are no official applications for a West Hollywood Las Perlas location. However, City staff has reached out to the restaurant’s management group to learn of future plans to expand to West Hollywood. While the City cannot stop a legal business from opening within its boundaries, we are renowned for our support of the Transgender community and our commitment to diversity, acceptance, and inclusion. Opening a business in West Hollywood is one thing; gaining acceptance from the community is quite another.”

THREAD: Last night in #DTLA trans women and queer men were forcibly removed from @LasPerlasLA against their will after being subject to #transphobia #hate and #homophobia (1/4)5,8399:58 AM – Aug 24, 2019 · Las PerlasTwitter Ads info and privacy5,506 people are talking about this

After allegedly being a target of transphobic and homophobic abuse from other patrons, two transgender women and a queer man were forcibly removed from DTLA bar Las Perlas (107 E. 6th Street) over the weekend.

Various videos on posted on social media show Las Perlas bouncers grabbing the group and violently dragging them out of the door of the bar.

“Don’t touch me like that,” Jennifer Bianchi, one of the women, says repeatedly in the video. In the footage, a bouncer wraps his arms around another woman’s neck in a headlock, and proceeds to forcibly remove her from the premises.

The group consisted of staff and volunteers from a local nonprofit, Bienestar Human Services, who had just finished speaking at DTLA Proud, an annual two-day event that celebrates the LGBTQ+ community. They had come to Las Perlas to celebrate, where they allege they were harassed by a man and a woman who began to call them “faggots,” and make transphobic remarks like “you are all dudes,” according to Bienestar.

“The group of trans women tried to de-escalate the situation, then the couple shouted and threatened the group by saying, ‘We will come back and kill you,’” the non-profit said.

Police were called to the scene and a hate crime incident report was filed.

Las Perlas issued a statement on social media after videos of the incident were shared online, alleging that the company asked “both groups to leave” and then “removed the guests that were not compliant with the manager’s request to leave and did so in accordance with company policy.” They went on to characterize the incident “rare” and “unfortunate” and said the bar has provided “an inclusive and welcoming environment” since opening a decade ago.