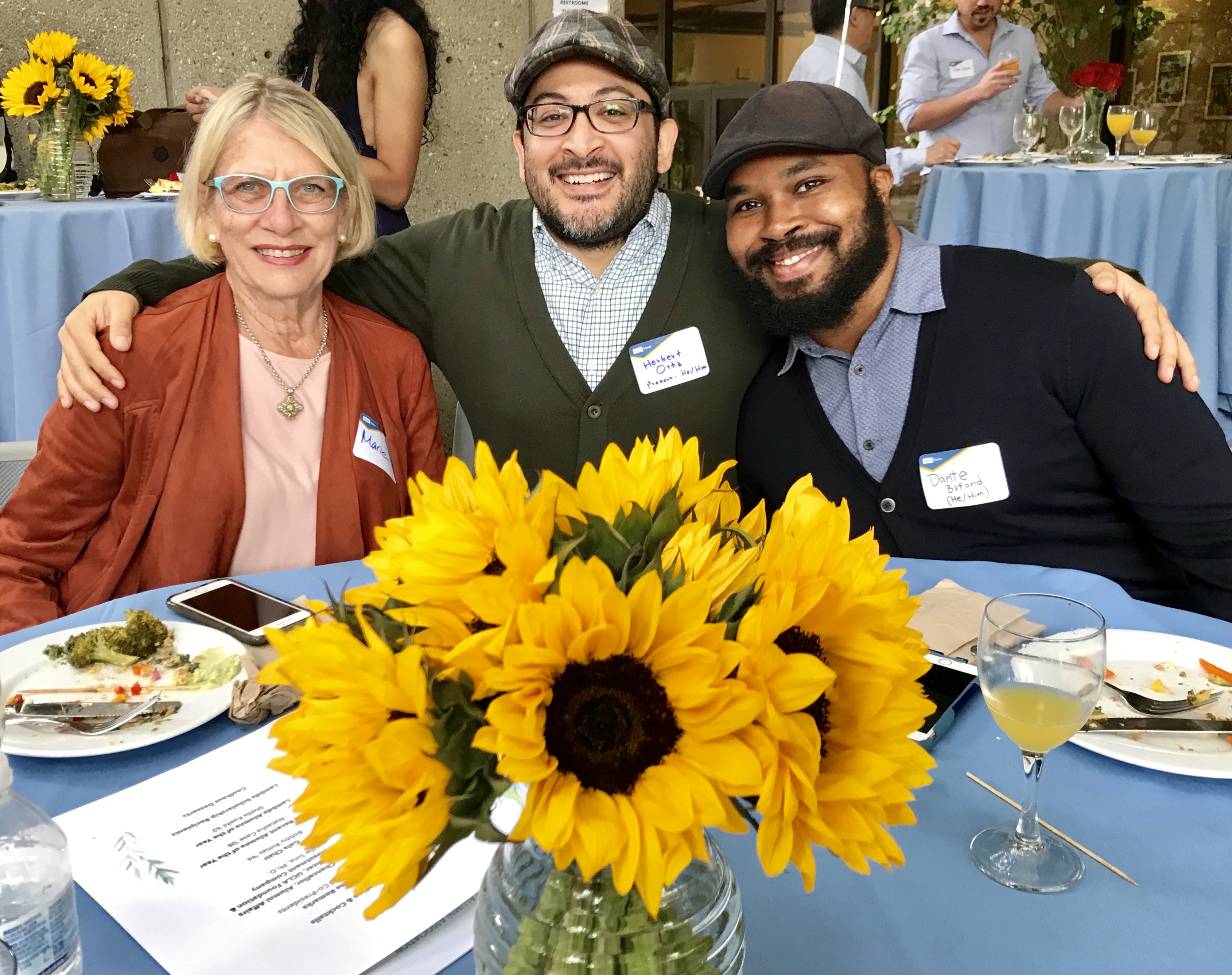 On Sunday, April 28th with over 100 attendees registered, the University of California, Los Angeles (UCLA) Lambda LGBTQ Alumni Association (Lambda) held its Annual Gala Brunch to recognize Lambda alumni’s accomplishments, raise scholarship funds for deserving UCLA students, and recognize alumni who have gone on to become prominent community leaders.  The gala brunch was spearheaded by Lambda Board Member and Gala Chair Bobby Rimas and the program was emceed by Lambda Co-Presidents Kaya Foster and Devon Dickau. The event took place in the garden of the UCLA James West Alumni Center where attendees enjoyed mimosas and a fabulous brunch with tables strewn with sunflower and rose centerpieces.

Young Aluma of the Year Natasha Case ‘08 – founded Coolhaus in 2009 with Freya Estreller after she worked in architecture at Walt Disney Imagineering.  They launched their architecturally-inspired unique ice cream sandwich company at the Coachella Music Festival and have been featured in many national publications, television shows, and radio such as Cosmo, Bon Appetit, Barefoot Contessa, and National Public Radio.

After the awards presentation, Lambda scholarship recipients Camille Serrano and James Cabrera spoke to the audience regarding their touching experiences, overcoming various adversities, and the importance of Lambda scholarships.

Last but not least, Lambda Co-President Devon Dickau and Lambda Board Member Clinton O’Grady did an excellent job of doing an “ask for donations” and managed to raise over $12,000 in less than 20 minutes for deserving UCLA students.