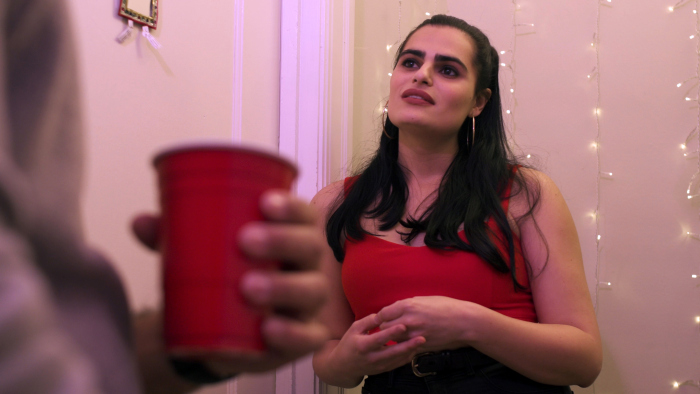 A young trans woman navigates the electricity of mutual attraction and the ugliness of transphobia as a potential lover pursues her at a party in the premiere of “Waking Hour.”

Nava Mau is a trans Latina filmmaker from Mexico City and San Antonio, Texas. Her short film, “Waking Hour,” is set to premiere at Outfest Fusion, a Los Angeles film festival that celebrates the cinematic achievements of LGBTQ people of color. The short film is Mau’s debut as a director, writer and actress. The successful crowdfunding campaign that financed the film is a triumph for its crew of  largely queer and trans people of color, as well as underrepresented talents in general.

Mau’s personal experiences dating as a trans woman inspired the anxious story of main characters Sofia and Isaac. Though the film revolves around a Latina trans woman’s experience, its questions about consent, fear, and integrity are universal.

With no formal training in film, the only way Mau could imagine bringing “Waking Hour” to life was by asking her community for help. She took a chance on herself, and 134 donors were willing to bet on her ability to write, produce, direct, and star in her debut short film. Countless others contributed to the effort by donating their time, skills, and resources. Waking Hour quickly became personal for its cast and crew, as it became clear the story they were telling was much larger than themselves.