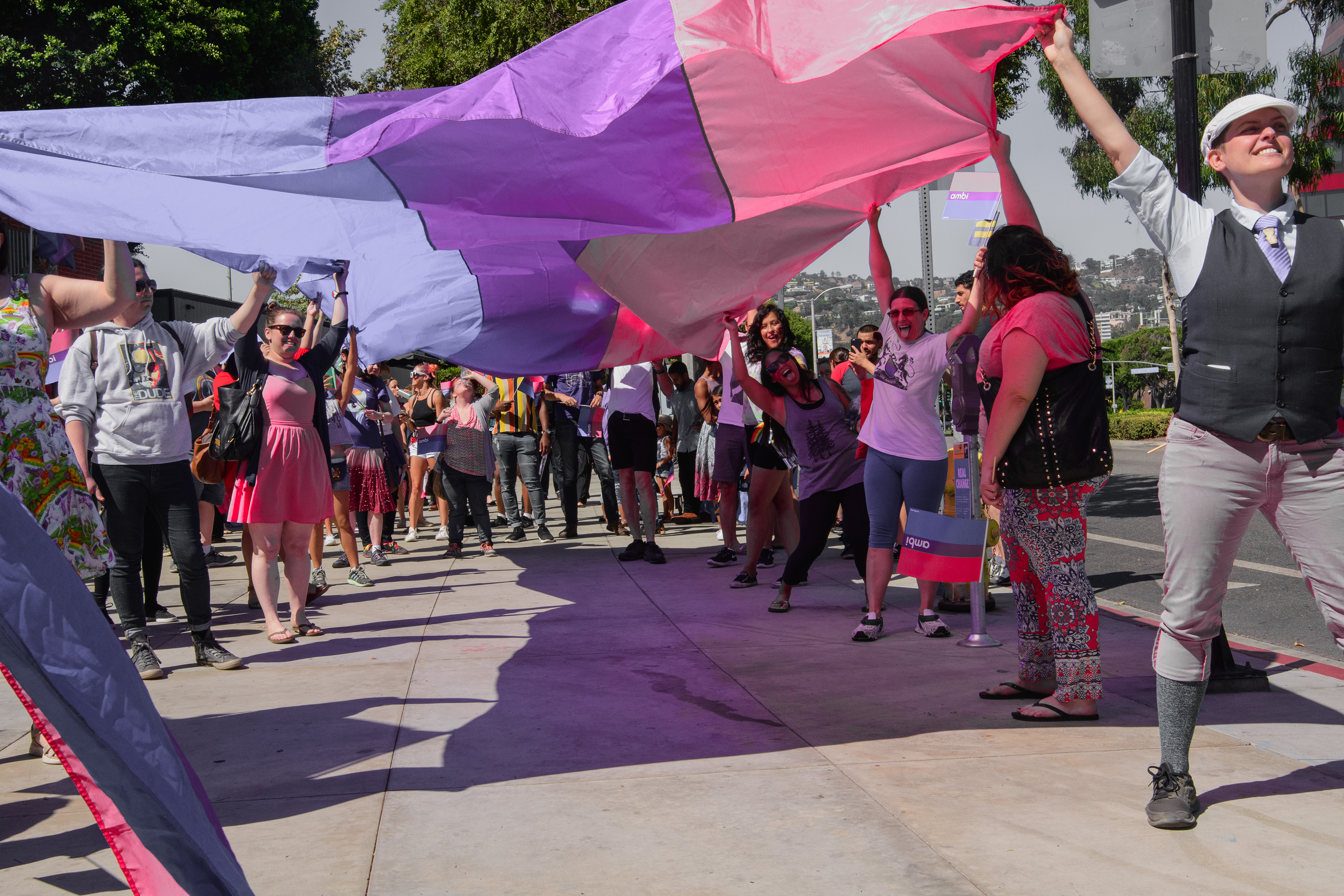 The City of West Hollywood, along with the Human Rights Campaign LA and the amBi bisexual social community, hosted WeHo’s first annual Bi Pride Celebration on Saturday, just one day prior to National Celebrate Bisexuality Day.

Other cities across the U.S. celebrated with simple building lightings surrounding Bisexual Visibility Day. WeHo’s festival is believed to be the first city-sponsored bisexual pride event in the nation. The event included a rally, Bi visibility walk and an afterparty.

Since incorporation in 1984, WeHo has become one of the most influential cities in the nation for its outspoken advocacy on LGBT issues. No other city of its size has had a greater impact on the national public policy discourse on fairness and inclusiveness for LGBT people, according to a City of West Hollywood press release. More than 40 percent of residents in WeHo identify as members of the LGBTQ+ community.

Three of the five members of the West Hollywood City Council are openly gay. The City has advocated for more than three decades for measures to support LGBT individuals and has been in the vanguard on efforts to gain and protect equality for all people on a state, national, and international level, the press release stated.

“I’d like to thank the City of West Hollywood and the Lesbian & Gay Advisory Board for their part in making this whole celebration possible,” Lawrence-Tourinho said.

Fun and freebies at the afterparty.

Ariana da Vinci at the end of the first Annual Bi-Pride afterparty.