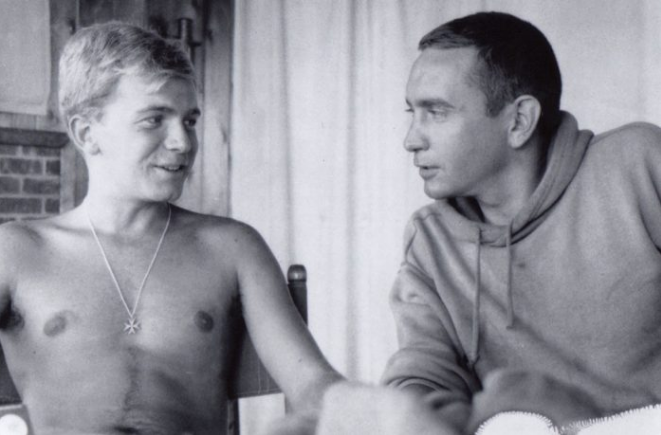 Long Beach, get ready for a weekend of premieres, tears and laughs as the 25th anniversary of the Long Beach QFilm Festival commences.

A quarter of a century old, Qfilms is Long Beach’s longest-running film festival since 1993. The fest annually presents narrative features, documentaries and short films that embody the rich diversity and experiences of LGBTQ+ communities. More than 1,500 people attend each year to enjoy a mix of West Coast, California and local premieres as well some of the most acclaimed features on the film festival circuit. Numerous filmmakers and cast members of the films to be shown will be present for audience discussions after many screenings. Festival events will feature nightly parties, Sunday brunch, exclusive filmmakers lounge and opportunities for attendees to meet and mingle with filmmakers, actors, critics and other industry professionals.

The 2018 QFilm Festival will open at the Art Theatre on 4th Street on Thursday, Sept. 6 with the Long Beach premiere of “The Advocate Celebrates 50 Years: A Long Road to Freedom.” This acclaimed documentary about the pioneering LGBTQ publication is narrated by Laverne Cox and features music by Melissa Etheridge. It will be preceded and followed by an Opening Night party for all pass- and ticket-holders at the LGBTQ Center of Long Beach, located directly next door to the Art Theatre.

Two engaging, biographical feature films will have their local premieres the night of Friday, Sept. 7.  “Wild Nights with Emily” is an irreverent exploration of the famous poet Emily Dickinson, brought to vivid lesbian life by the hilarious Molly Shannon.  It will be followed by “Mapplethorpe,” the eye-opening and sexy life story of controversial gay photographer Robert Mapplethorpe (played by Matt Smith of “Dr. Who” and ”The Crown” fame). A festive party for all attendees will take place between screenings at The Center.

The Long Beach Film Festival will take place September 6-9 at the historic Art Theatre located at 2025 East 4th St. and the neighboring LGBTQ Center of Long Beach. Discounted full-festival and 5-film passes are now available for purchase for a limited time only through the QFilms festival page.