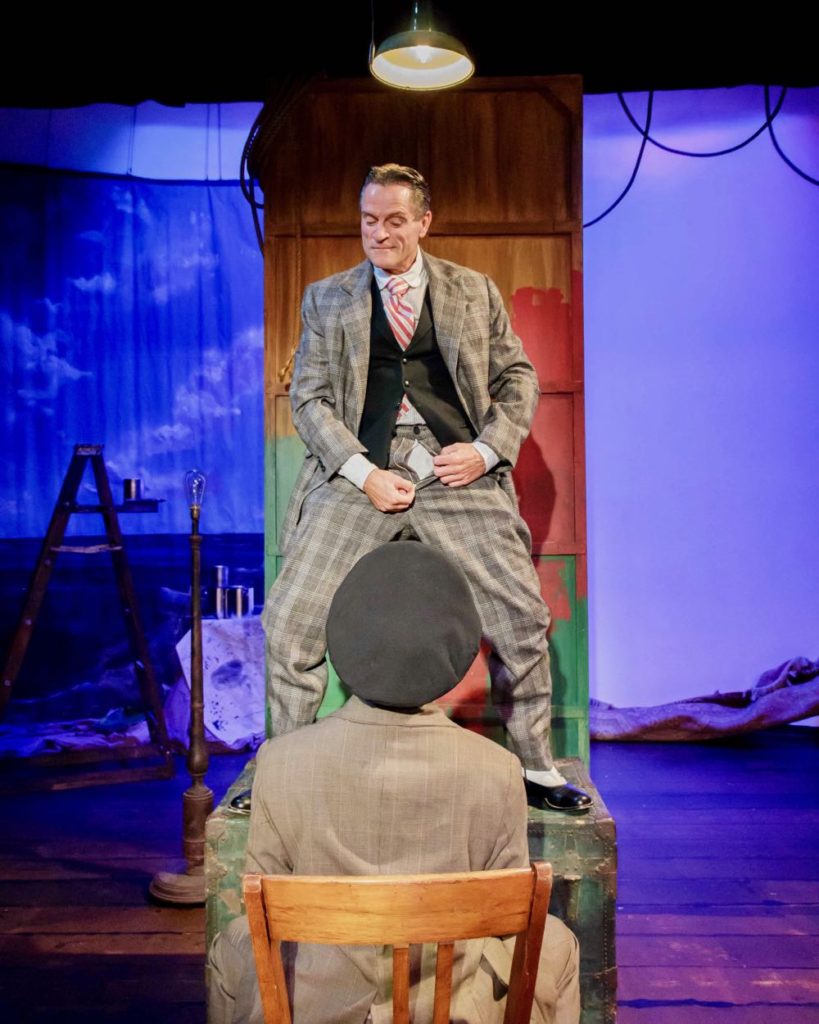 As the play-within-a-play unfurls, theatre attendees will leave, feeling the urgency to help the fellow Man.

Actors Noah Wagner and Christian Jordan Skinner play the rolls of the actors Warren and Brown (who jump between characters based on real people from history). Through the course of the play, the audience learns that 31 men were arrested in a sting operation (under California Penal Code 647(a): Engaging in or Soliciting Lewd Conduct in Public). All but two were coerced into pleading guilty.  One committed suicide from the shame. Only two sued and won.

It becomes apparent that the actors are actually characters-within-characters too, a true nesting doll-esque production. This is a direct commentary on being closeted, never quite fitting one’s natural born role of themselves.

Director Reed Flores says in the program that the play reflects the fact that society has a way to go until “we create an environment where we no longer have to improvise and create a new ‘us.'”

The two actors explore sexual identity, institutional corruption, self-deception and the mysteries of the craft of the theatre. Set over 100 years in the past, the themes and messages in “The Twentieth Century Way” still seem to strike a familiar cord.

“The events in this play are shocking – and yet not shocking,” Artistic Director Sean Gray said in a press release. “There are still those who endorse this kind of prejudice and punishment of LGBT people.”

“The Twentieth Century Way” is running now through Aug. 18 in the Studio Theatre at the Long Beach Playhouse on Fridays and Saturdays at 8 p.m. and on Sundays at 2 p.m.