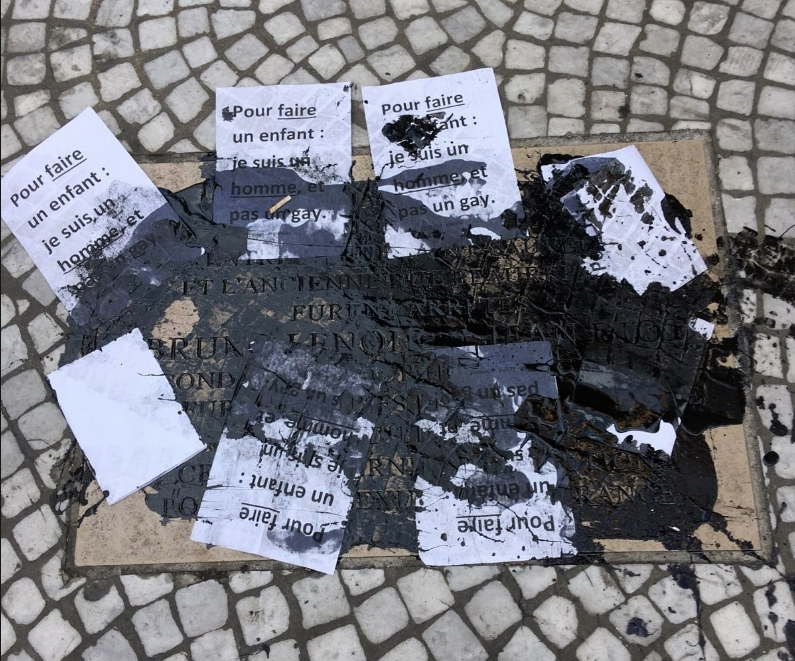 Just three days into Gay Games 2018, and homophobia is creeping into the streets of Paris once again.

Anonymous vandals defaced a plaque that honored the last two men given the death sentence for homosexuality in France. The Memorial was covered in black paint and papers that suggested that only straight men are fit for procreating. Mayor Anne Hidalgo called the vandalism a “shameful display of homophobia” in a tweet on Monday.

“This plaque honours Bruno Lenoir and Jean Diot, the last men sentenced to death for homosexuality,” Hidalgo wrote. “This act only serves to strengthen our determination to fight against all discrimination.”

Lenoir and Diot were arrested on January 4, 1750 on the exact spot where the memorial stone now lays. They were sentenced to death and burnt alive six months later, marking the last execution for homosexuality in France.

The memorial defacement took place just as the 10th anniversary of the Gay Games is kicking off, attracting 10,000 LGBTQ+ athletes that represent 91 different countries, 20 of which homosexuality is still illegal.

The plaque was previously vandalized on May 17, International Day Against Homophobia and Transphobia. Someone lit a bouquet of flowers that had been left at the memorial on fire.