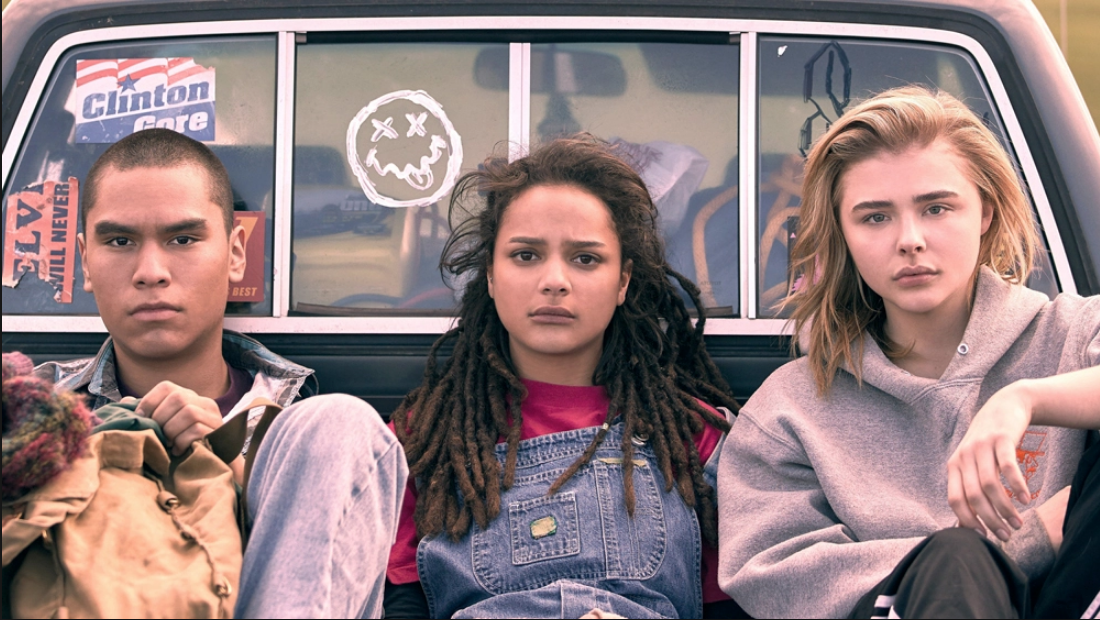 “The Miseducation of Cameron Post” is based on a true story written in novel form Emily M. Danforth. It takes place in the early 90’s when it was not generally acceptable to come out as gay. We live in a different time, although conversion camps still exist such as the one where this story takes place. The film premiered at Sundance 2018, where it won the US Grand Jury Prize.

Cameron Post, played beautifully by the talented Chloe Grace Moretz, dutifully attends the Bible Study classes to which she is sent to by her conservative aunt who cares for her after the death of her parents. Cameron acts on her attraction to a female classmate in this Bible Study group and later is caught making out with the girl she has double-dated with at prom. As a result, she is packed off to “God’s Promise” religious camp where she and fellow live-in attendees must each sign an induction contract committing them to defeat the “illness” of same-sex attraction, or “SSA.”

The question remains, are these kids sent to the institution because they are thought to be ill, or because they are perceived subliminally as a threat to the lifestyles and religious beliefs of their parents, guardians and members of their church groups.

Chloe Grace Moretz does not shy away from giving an all-out, very real, graphic performance as Cameron. At age 21, Chloe has experience beyond her years. She has been acting since she was seven. She is not afraid to take on a controversial role. In 2010, at thirteen, she appeared as Hit-Girl in the film “Kick-Ass” and again in “Kick-Ass 2” in 2013.

Her role as a child in this comic book-inspired violent action film spurred controversy, yet won her critical acclaim. In real life, Chloe has described her own family as “very Christian” and at the same time has publicly supported LGBTQ equality.

She calls herself a feminist and has rejected roles that she considers overtly sexualized or mere female plot devices. Also notable are Sasha Lane as Cameron’s friend Jane Fonda, Forrest Goodluck (who was Hawk in “Revenant”) as Reverend Rick and John Gallagher Jr (Jim Harper in “Newsroom”) as Reverend Rick, a counselor at the camp who has supposedly been “cured” and is now dealing with an undercurrent of painful personality issues. The camera works with the actors to capture unspoken feelings as it lingers on their facial reactions.

This is a well-directed, powerful film. Ironically, the placement together of these teens at the conversion camp has the effect of unifying those who have been outcast by their peers and their communities. Cameron and her two new best friends gain strength, courage and power to take back their lives, though not in the way the camp’s proprietors intended.

Kathryn Whitney Boole has spent most of her life in the entertainment industry, which has been the backdrop for remarkable adventures with extraordinary people.  She is a Talent Manager with Studio Talent Group in Santa Monica. [email protected]