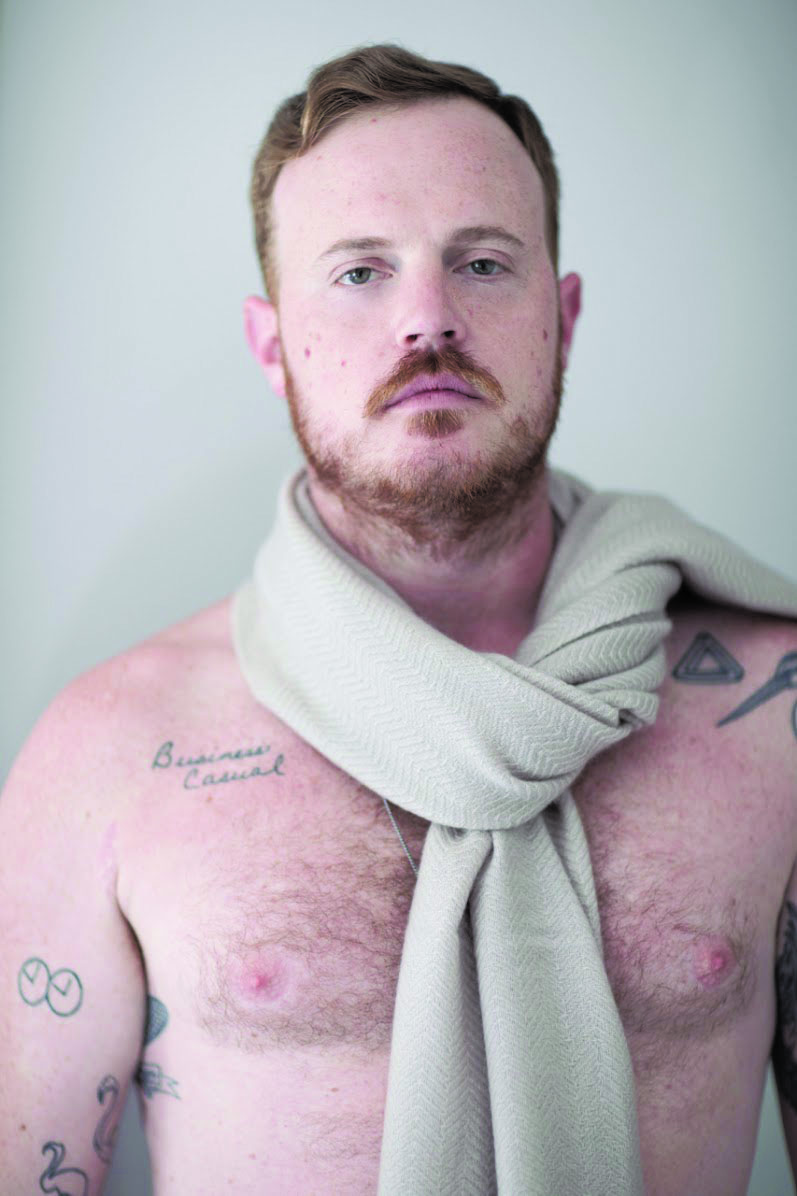 The body positivity movement has done a huge amount of good over the past few years when it comes to showing the world that there are as many different standards of beauty as there are people on this earth. However, with the focus staying mainly on women and female-bodied folks, what happens to the part of the male queer community that longs to see its own bodies embraced by the world at large?

Enter Riot Bear, Editor-in-Chief James Anthony’s love letter to bears and bear culture. By framing queer, hairy, big, diverse male bodies as beautifully and sumptuously as they should be framed through lush photography, Anthony is fighting back against the part of gay culture that tends to focus only on one highly limiting beauty standard. We caught up with Anthony to ask him a bit about Riot Bear’s influence on the culture at large, and its place in the body positivity movement.

Did you have a sense of what you wanted Riot Bear to point out or change?

We are a fashion and lifestyle magazine. That’s nothing new…but what we do differently is in our casting. We prefer real male body types. Not once in awhile for novelties sake, but all the time. It’s how we see beauty in the world.

How do you think the concept of body positivity translates in the queer masculine community?

It is influential and transformative. The Bear and Body Positive movement has changed the queer male community at large. Plenty of guys once considered Chelsea boys have stopped waxing their bodies and shaving their faces. I think that’s a good thing and hopefully plenty of them have breathed a sigh of relief and realized that it’s sexy to pinch more than an inch on their waist.

What do you think the queer community could be doing to help embrace male vulnerability?

Talking about real issues. Deeper issues. Mental health. Body pride is fabulous. Sexual liberation is fabulous. But we can’t all rely on the physical. There is too much despair inside so many people in our community that we must create space to get serious when we need too. Listen to each other and hold out a hand in help when needed.

What is the most powerful image you’ve ever seen?

Honestly, anytime a big guy is not afraid to show some skin it’s powerful. Showing your belly with pride is far more radical than showing your dick. To answer your question more specifically all the promo photos for Matty Matheson’s new show It’s Suppertime are really amazing.

What do you hope people will take away from Riot Bear in the next few years?

Inspiration. Aspiration. New concepts in style and empowerment for big guys. I also want to help make men of size a norm in fashion.

What other projects do you have coming up?

We are planning shoots with actors, chefs and writers we love. Working with higher profile people who totally get what we’re doing is really encouraging. We’re also going to start playing with video. Stay tuned!