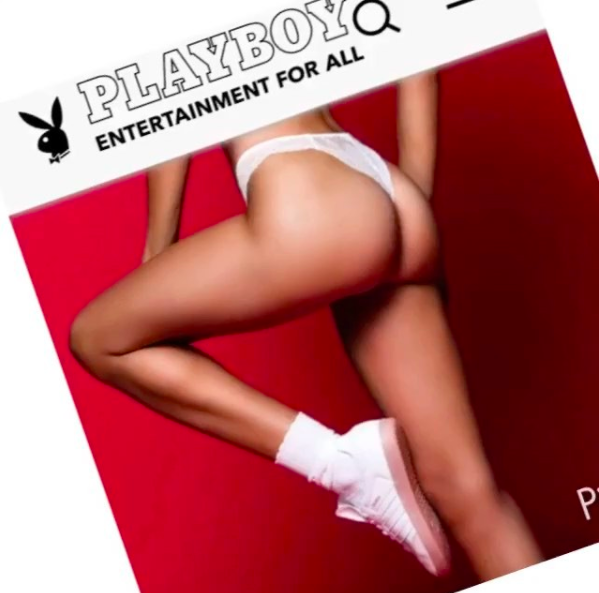 Although Hugh Hefner’s death may have dredged up the old polarizing sentiments about whether he was an innovator or merely an ambitious misogynist, it seems that Playboy is attempting to cement his legacy as the former.

In a move that shows the company’s amenability to progress, the first openly trans Playmate, French model Ines Rau, is set to appear as the centerfold of the November/December issue, available on newsstands (or what’s left of them) this Halloween.

In contrast to the transphobic feelings expressed by the likes of Jameson and some former subscribers to Playboy, the company threw massive shade at the haters by comparing their attitudes to the ones mimicked by racists in the 60s when Playboy featured its first black female centerfold.

Digging up a letter to the editor from 1965 that reads, “I do not need the foldout in the March issue… there are too many Negroes at this university now,” Playboy compared it to a recent comment on social media that condescended to say: “I grew up with Playboy and the sexy Playmates in the issue. I’d like to congratulate Playboy on officially cowering to political correctness. I won’t resubscribe for this.”

What makes the few remaining straight men left in this world most uncomfortable of all, obviously, is the erroneous notion that they’re getting an erection from a woman that was once a man. This “Crying Game” (pardon us for referencing a Weinstein production) conundrum is what has plagued depictions of trans romances since the dawn of time. As Rau commented on previously choosing not to disclose her assigned-at-birth gender to others: “I dated a lot and almost forgot. I was scared of never finding a boyfriend and being seen as weird. Then I was like, ‘You know, you should just be who you are.’ It’s a salvation to speak the truth about yourself, whether it’s your gender, sexuality, whatever. The people who reject you aren’t worth it. It’s not about being loved by others; it’s about loving yourself.”