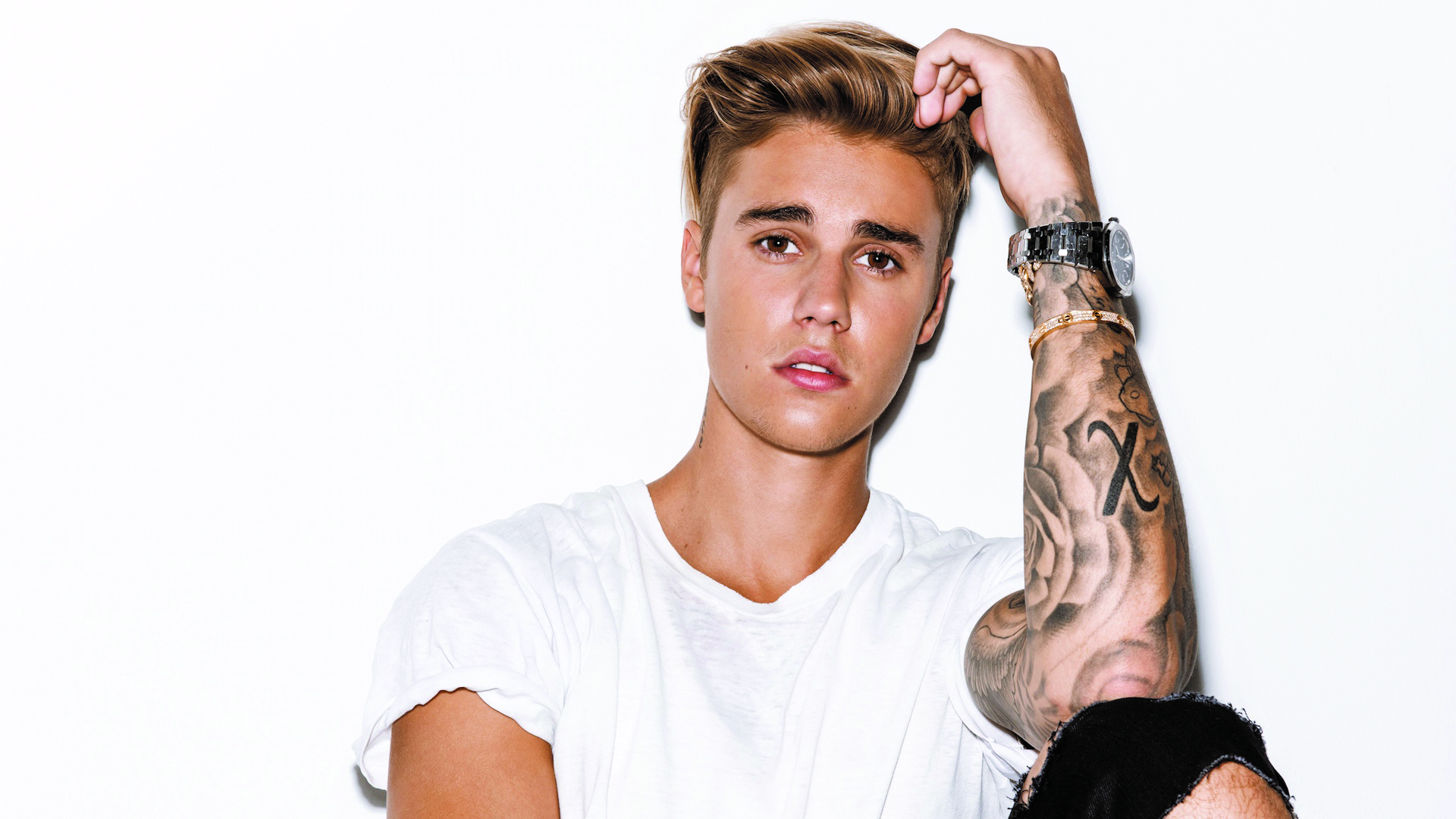 The plain white tee is a staple of any pin-up boy – it worked for James Dean, after all – and Justin Bieber is no exception, building his iconography on the donning of this very emblem (that is, when he isn’t simply wearing underwear while sporting a chiseled torso for Calvin Klein), so isn’t it only natural that he would team with his trusty stylist, Karla Welch (the woman, the myth, the legend behind dressing Bieber in a plain white tee in the first place), to bring us the x Karla Collection?

Available to buy starting August 6 (Warhol’s birthday, fittingly, for an endeavor that only someone as pop culture-obsessed as he could appreciate), the line consists of seven different cuts. And whether “The Crop,” “The Sleeveless Crop,” “The Baby,” “The Crew,” “The Classic” (the very one immortalized by Justin himself), “The Original” or “The Sleeveless” is your style, you’re sure to find something for, quite literally, every day of the week.

The catch, of course, is that these “simple” t-shirts are being sold for a rather excessive $30 at “concept store” Maxfield in West Hollywood. While, yes, one can appreciate the brilliance of the project’s peg – i.e. “want(ing) t-shirts that are long” when they “literally didn’t exist in the marketplace,” – it was probably just Welch’s way of rewarding the petulance and diva-like demands of a boy who gets arrested for drag racing a Lamborghini in Miami while under the influence.

In short, is this fashion or yet another self-indulgent celebrity pet project? Maybe the answer lies somewhere in between the spectrum. Though it seems to veer more toward the latter with Welch touting phrases like “future vintage.” Welch told the press, “I thought, ‘Wouldn’t it be funny to take $30 t-shirts and sell them [at Maxfield’s]’?” Maybe we haven’t had as much Xanax as Bieber in his 2014 mugshot to see the hilarity. But as far as Bieber is concerned, “Karla and I have always pushed boundaries together and this collaboration is a continuation of that.”

Yes, pushing the boundaries of just how easily conned the celebrity-obsessed and hanger-on types can be.