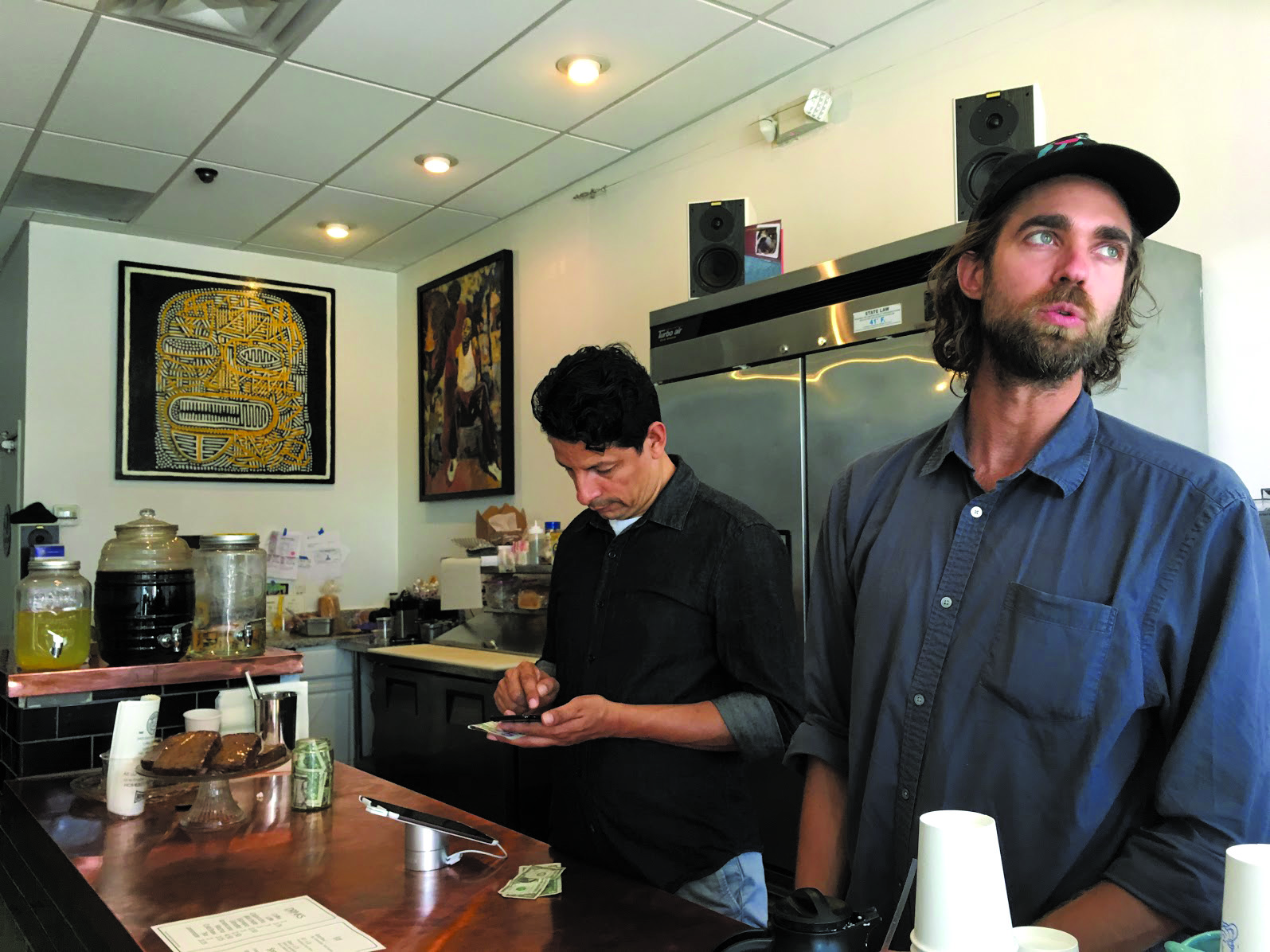 Last February, PSSST gallery opened on 1329 East 3rd Street in the diverse neighborhood of Boyle Heights. In the mission statement for the new space, a vision for a utopian, queer-friendly, artist-supported gallery was laid out in no uncertain terms. In addition to opening up a multi-purpose art space, PSSST’s mission was to “actively [work] with underrepresented artists – women, people of color, LGBTQ-identified.”

A year later, PSSST closed its doors for good. In a closing statement, the gallery owners cited harassment by a Boyle Heights anti-gentrification group, whose attack on the gallery carried a personal charge.

“The ongoing controversy surrounding art and gentrification in Boyle Heights caused PSSST to become so contested that we are unable to ethically and financially proceed with our mission.” Wrote L.A.-based artists Barnett Cohen, Jules Gimbrone, and Pilar Gallego, co-owners of PSSST, on their Web page. “Our young nonprofit struggled to survive through constant attacks. Our staff and artists were routinely trolled online and harassed in-person. This persistent targeting, which was often highly personal in nature, was made all the more intolerable because the artists we engaged are queer, women, and/or people of color. We could no longer continue to put already vulnerable communities at further risk.”

Meanwhile, the protest group Boyle Heights Alliance Against Artwashing and Displacement (BHAAD) took the closing as a victory for the neighborhood:

“PSSST arrogantly ignores the reality of the people who must build coalitions and local power to survive!” Wrote BHAAD in a statement online. “As President Trump escalates deportations…as city planners empower developers to artwash working class communities across the nation, the most marginalized people must continue to build strong national coalitions in order to resist!”

According to Newsweek, of Boyle Heights’ 92,000 residents, “94 percent are Latino, 33 percent live in poverty, 89 percent rent, 95 percent do not have a four-year college degree, 17 percent are undocumented immigrants.” The anger of Boyle Heights citizens in the face of an oncoming gentrification wave – as represented by the new influx of galleries popping up in the neighborhood – was understandable. As L.A. becomes a more and more of a place for political resistors and struggling artists, more and more families continue to be displaced to make way for newer, whiter residents and their more bourgeois standards for neighborhood living. In May 2014, a tone-deaf poster asked (ostensibly upper-middle-class white folks) “why rent downtown when you can buy in Boyle Heights?” Ever since, the citizens of the neighborhood have been in full force, making their resistance known. It’s not just Boyle Heights, either. Neighborhoods in East L.A. have all been feeling the pressure of impending gentrification.  A few signs plastered around Glassell Park accuse renters: “YOU are the reason my Abuela is in the hospital because being displaced in your home is also a health epidemic in gentrifying neighborhoods.”

While all of East L.A. is feeling the heat, Boyle Heights has been the undisputed hotbed of anti-gentrification protests in the past two years, and the resistance has only been escalating since the closing of PSSST in February, just short of the space’s one-year anniversary, and with nothing new slated to go in its place. But the problem, for groups like BHAAD and Defend Boyle Heights, wasn’t just against PSSST. They’re against the notion that gentrification should be seen as inevitable. For this reason, they’re fighting back strong, showing up armed with signs and protest chants, and making demands with no room for compromise.

“We have one pretty simple demand,” Defend Boyle Heights member Maga Miranda told LA Weekly last year, when BHAAD was just getting its legs, “which is for all art galleries in Boyle Heights to leave immediately and for the community to decide what takes their place.”

Artwashing, white-washing, and pinkwashing (using queerness as an excuse to gentrify a space, as in the case of PSSST) are all sides of the same coin to the Boyle Heights activist who don’t want to see their families displaced in the name of identity politics. The problem is, they’re using identity politics themselves. And it’s working.

One year later, the severity of activists like BHAAD’s demand for non-residents to “get out” has not weakened – if anything, it has strengthened. Its new target? A small coffee shop on Cesar Chavez Avenue, across from a King Taco and a going-out-of-business Payless.

It’s called Weird Wave Coffee, and it’s a tiny storefront run by three men – Jackson Defa, John Schwarz, and Mario Chavarria – whose prices have kept the median income of Boyle Heights residents in mind: $1 for an 8-ounce drip, $2 for 12-ounce, and $6 for a sandwich. This, despite the fact that they really have no competition.

Weird Wave opened just two weeks ago on June 15, and from the very first day, they were targeted.

“We had a very soft open on Thursday,” said John Schwarz, who’s been working on the Weird Wave opening since early this year when he first got the lease. “At the time we had a very insignificant Instagram with maybe 50 followers. We posted that we were open, and that morning, protesters showed up.”

Holding signs saying “FUEGO” and “Gentrification = New Colonialism,” the group Defend Boyle Heights came out to make their resistance known. To the protestors, it was far more than a simple matter of coffee.

“The very first day we went out there and tried to engage with them, and they started calling up racist and saying we were white rich privileged people.” said Schwarz. “We went back in and kept our heads down.”

Since the launch date, they’ve been back consistently, with the same message for Schwarz and his co-owners: Leave the neighborhood.

“They came out for about an hour the morning of the 23rd and then the L.A. Times came and took a  couple pictures. Then they went home.” Schwarz said. “They’ve been attacking us online constantly.”

But do the activists reflect the actual feelings of Boyle Heights residents?

“It’s not the neighborhood,” says Schwarz, “it’s just these guys. The neighborhood loves us. They’re accepting, friendly people. We get tacos down the street every day, we go to the dollar store to get ice. We trade coffee for hot dogs down the block.”

Since the victory of the PSSST closing, the Defend Boyle Heights group has made it clear that they don’t have to consider a compromise. They want Weird Wave to close, full stop.

“That’s pretty much it,” said Mario Chavarria. “They want us to get out.”

On June 19, the Defend Boyle Heights group posted a definitive statement against Weird Wave on their Facebook page:

“[Weird Wave’s owners] are not from the Boyle Heights community…But even if they were all people of color, Latinx or whatever, why would that change their obvious purpose of opening up a hip new coffee shop on Cesar Chavez? They are gentrifiers, plain and simple. Regardless of their color, white, brown, black, etc.”

Boyle Heights is starting to be seen as two very distinct things: Both the ‘little engine that could’ of anti-gentrification efforts, and a neighborhood stuck in a stalemate with what seems  – to many others – like the inevitable wave of change. This identity crisis is almost fitting for a place that wants to keep out the ravages of time, at the possible cost of creating a better home.

Noa Noa Place, a new bar dedicated full time to the LGBTQ Latinx community, has opened in Boyle Heights.  As...

After a hugely successful sold out run last year, CASA 0101 Theater is proud to present the fifth season of... 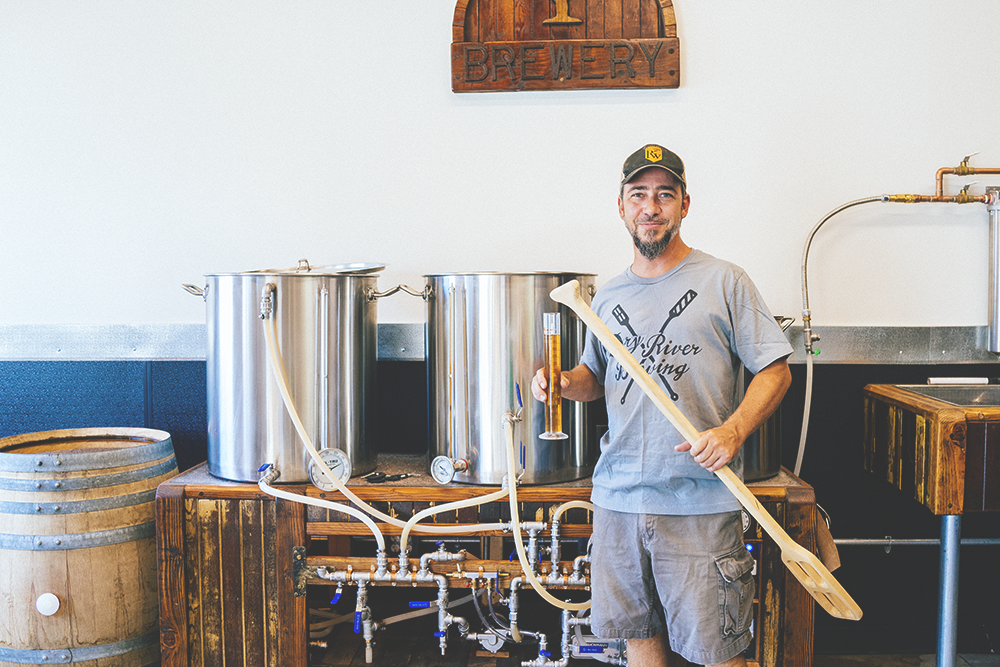