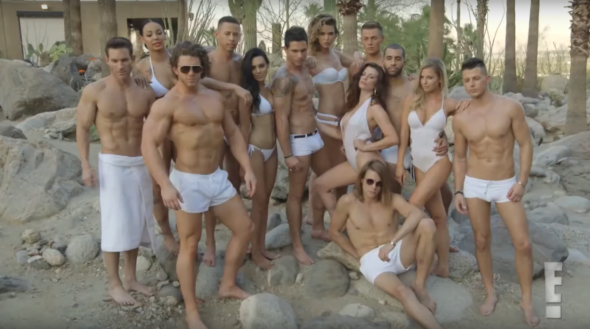 The Abbey in West Hollywood has been a mainstay of the LA gay scene since owner David Cooley first opened in in 1991. Cooley’s mission, in the midst of the AIDS crisis, was to bring gay nightlife out into the open.

“When I was coming to bars on Santa Monica Boulevard, it was not as open,” he says. “There were no front patios where you could have a cigarette. It was all behind closed doors and through back alleys.” He told reporter Elina Shatkin.

The concept was instantly embraced by Hollywood’s gay community, and the Abbey, located in “Boys Town” on Robertson Ave, became a legend.

So why has it taken so long for it to get its own reality show?

“What Happens at the Abbey”, an E! reality show premiering on May 14th, will go behind the scenes at the famous hangout, exposing all the (partially staged) scandals of gay and straight Abbey employees alike. It’s also a bid for nationwide expansion. Cooley hopes to open Abbeys in major cities across the US, according to an interview with The Advocate. He also wants the famous gay bar to be thought of as a more inclusive, all-sexualities-welcome scene. Well, we’ll see What Happens at the Abbey before we make any snap judgments.