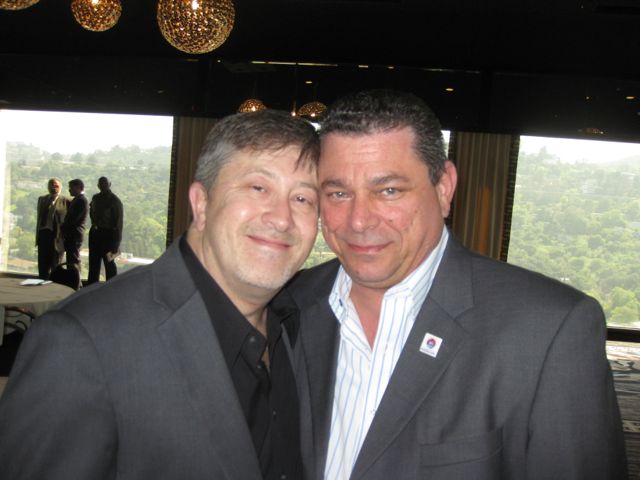 Equality California’s endorsement of Eric Bauman for Chair of the California Democratic Party (CDP) on Monday seems like a no-brainer. Bauman has been a fixture in LGBT politics for decades, has chaired the Los Angeles Democratic Party since 2009 and has been considered a behind-the-scenes “kingmaker” since he helped elect Gray Davis governor in 1998 over two very rich opponents. Bauman currently serves as vice-chair of the CDP and is widely expected to take over from John Burton as party chair at the state convention this May.

Bauman’s resume is strong, having served as senior advisor to Assembly Speakers Anthony Rendon, Toni Atkins and John Pérez, director of Davis’ Southern California office and the governor’s liaison to the LGBT community at a time when AIDS medications started working and the pent up demand for LGBT rights started exploding in the state. Bauman was keenly aware of those demands, having presided over and grown Stonewall Democratic Club into the largest LGBT partisan political organization in the nation, serving as a founding co-chair of the National Stonewall Democrats in 1995 and having “brought together folks from the governmental and healthcare sectors of the Imperial and Mexicali valleys to work on strategies to reduce HIV and AIDS, get folks into treatment, deal with issues related to prostitution and IV drug abuse, which were both rampant,” he says, through the Binational Coalition on AIDS and HIV in 1989.

And while Bauman didn’t press his personal life in his work, he did help shape his bosses’ views. As deputy insurance commissioner to California Commissioner John Garamendi, for instance, Bauman brought Garamendi directly into the battle to defeat Prop 8 by encouraging him to come out in favor of marriage equality and appear at anti-Prop 8 events. Meanwhile, Gov. Davis’ wife Sharon, Lt. Gov. Cruz Bustamante, LA Mayor Antonio Villaraigosa and numerous other prominent politicos attended Bauman’s March 2003 marriage to Michael Andraychak on their 20th anniversary with Rabbi Allen Freehling and State Sen. Sheila Kuehl presiding—a marriage they made legal in Oct. 2008, one month before the passage of anti-gay Prop 8.

But as the jaw-dropping 2016 presidential election of Donald Trump made shockingly clear, having an overwhelmingly impressive resume does not necessarily guarantee that the most qualified candidate will win. Which is why Bauman is taking nothing for granted and is campaigning hard for the Democratic Party chair position, even though he looks like a shoe-in.

That the purposefully non-partisan Equality California gave Bauman its endorsement also underscores the importance of this historic moment.

“Eric’s election would be a milestone for the LGBT community,” Rick Zbur, executive director of Equality California, said in a press release. “LGBT people are under-represented in elected and appointed office, as well as in party leadership positions. Having an LGBT person lead the largest political party in the largest state in the nation will shatter an important glass ceiling. While we need and value our many non-LGBT allies, there is no substitute for members of the LGBT community having a seat at the table, who can advocate and advance LGBT equality and social justice with authentic, lived experience as LGBT people. As party chair, Eric will have a real impact on LGBT civil rights and social justice — and will ensure that the LGBT community, people of color and all marginalized communities have a voice and are represented in the party and its leadership.

“Eric has dedicated much of his public life to fighting discrimination for all communities, and he played a key role in the LGBT civil rights movement over the past 25 years and helped advance and found many of the organizations that LGBT people depend on today,” Zbur continued. “He will also serve as a valuable role model to LGBT young people across California. While we are a non-partisan organization, guaranteeing that LGBT people are represented in leadership positions in all political parties is a key objective for Equality California. We look forward to a day when we can endorse LGBT candidates in the Republican and other parties.”

“It is gratifying to have California’s statewide non-partisan LGBT organization recognize the value and importance of one of our major political parties electing the first openly LGBT person as chair,” Bauman tells The Pride LA. “The endorsement recognizes my many years of service to the community, as well as to the Democratic Party and all Californians.”

Additionally, Bauman says, “I absolutely believe Trump will give California the middle-finger and a whole lot of grief.” And it will fall to Bauman, among others, to figure out an appropriate response.