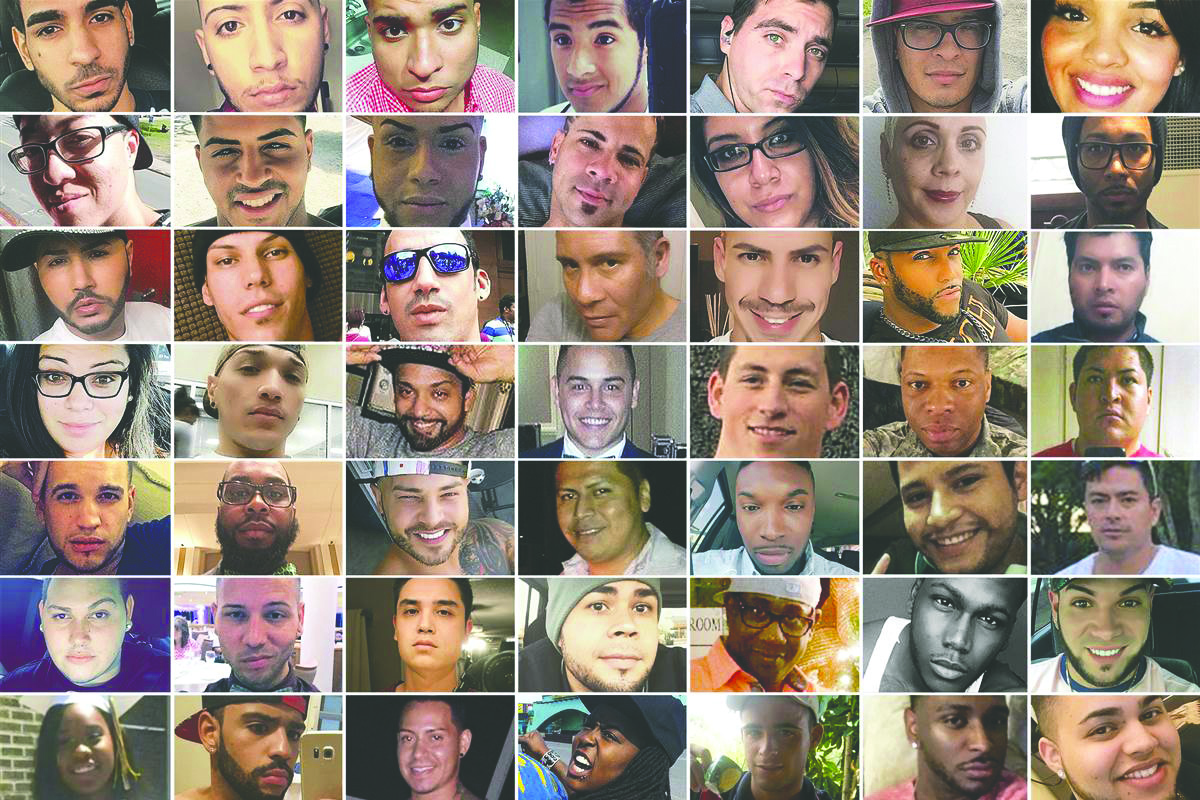 BY TROY MASTERS  |  The 128th Rose Parade float that honored survivors and victims of the Pulse Nightclub massacre in Orlando was awarded the Lathrop K. Leishman Trophy for most-beautiful noncommercial float.

The float was the entry of Los Angeles based AIDS Healthcare Foundation and was entitled “To Honor And Remember Orlando.” It was one of about 40 floats in this year’s parade.

Three survivors of the June 12 shooting, which left 49 dead and at least 68 others injured, rode on the float along with Barbara Poma, co-owner of the nightclub, and Orlando Commissioner Patty Sheehan.

A large white dove and 49 white stars covered in coconut hovered above a bed of 15,000 red roses. Everything on the float was made of or covered in flowers, seeds or plants, including the chairs and stools, which are covered in crushed parsley.

A set of rainbows stretched from one end of the float near a large oak tree, where messages of condolence hang, to the front, which displays the words, “To Honor & Remember Orlando.”

“It’s bittersweet because I think we’d all rather be focusing on another topic, but this is our way of honoring the lives we lost along with sending a message of resilience and that we’re going to continue to fight homophobia that could have contributed to this massacre,” said Ged Kenslea, a spokesman for the AIDS Healthcare Foundation.

Cory Lions, who heads the Orlando chapter of AHF affiliate Impulse Group United, said his group goes into clubs and bars to give HIV tests and hand out condoms. Pulse was one of the group’s partners, so they wanted to help with the float to remember those lost.

“I think it helps show that we’re going to continue to move forward and there’s life after this awful tragedy,” said Lions. “The float will bring this back to the forefront of the national stage to show this could have happened in any city because discrimination is everywhere.”

AIDS Healthcare Foundation sees the parade as an opportunity to reach a large audience about the importance of LBGTQ acceptance and AIDS prevention.

“The Pulse shooting was the first time on a national level there was a coming together to express widespread outrage and condolence for the LGBT community. It brought us all together and there was a feeling of acceptance. We want to remember that and prevent … the hatred that inspired this attack,” Kenslea said.

AIDS Healthcare Foundation is also hoping to raise money for those affected by the Pulse shooting and to help other LGBT causes. Viewers are encouraged to donate, text ONELOVE to 74121.

The 5.5-mile march is usually held on January 1, yet a “never on a Sunday” tradition postponed the festivities one day this year.

Not too many years ago, AIDS activists from ACT-UP protested the parade and brought it to a stop in a bid to draw national attention to the AIDS crisis.

AIDS Healthcare Foundation is largest specialized provider of HIV/AIDS medical care in the the U.S. and provides access to the latest HIV treatments to all who need them regardless of ability to pay.

The Rose Parade was presented by Honda and this year’s theme was “Echoes of Success.”