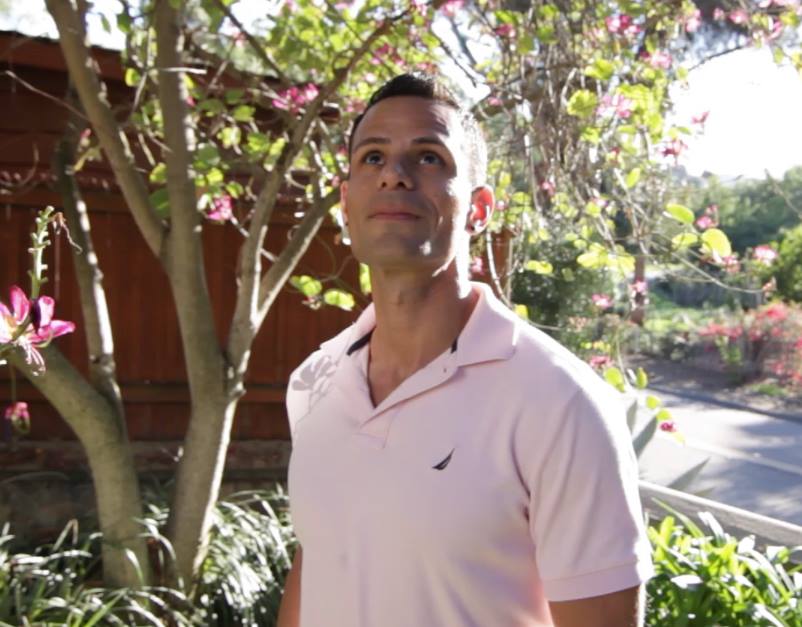 BY KAREN OCAMB  |  The shocking loss of his federal discrimination case against the San Diego Police Department may have been too much for Will X. Walters to handle. Since Gay Pride in 2011, he fought against his arrest on charges of public nudity, racking up about $1 million in legal costs over the years, only to have a federal jury rule in favor of the police on Dec. 13. On Wednesday night, police found his body in his Hillcrest apartment, an apparent suicide, the San Diego Union Tribune reported.

Chris Morris, Walters’ attorney, said the gay man was “shocked” by the verdict on the April 5, 2016 appeal of his original case. He immediately left the federal courthouse in downtown San Diego and did not respond to Morris or friends’ attempts to contact him. Police told the Union Tribune that the exact time of his death is not known; the Medical Examiner’s Office is investigating.

Just days before the verdict, on Dec. 10 in the afternoon, Walters posted a “Thank you” to the community on The Pride LA Facebook page, after the most recent report on his case:

“Will Walters: Everyone thank you so much for your support, being in the trenches of this court case is very hard and I really appreciate everyone’s kind words. I also want to thank Jeffrey Davidson for his comment as well, because my case is not only about the 14th amendment, it’s about defending the entire Constitution. The reason I continue this fight is so that we all can continue giving our opinions and we can enjoy the luxury of equal enforcement as well as freedom of speech. We need to remember that EVERY freedom in the Bill of Rights are rights that so many people around the world do not enjoy. I continue this fight not because of myself, but for everyone and I want to thank everyone for allowing me to represent them in this struggle. Regardless win or lose, it’s been a really long journey and myself, my friends and my legal team have fought as hard as we could, but it’s all to support my fellow Americans and again I want to thank everyone. You all are so amazing and God Bless America!”

The case was a real stunner, considering other Pride and LGBT events, including Halloween in West Hollywood. His complaint, filed in federal court in March 2012, alleged selective enforcement of the unused public nudity municipal code by officers of the San Diego Police Department.

“Will Walters is a Hispanic, gay man who owns the dubious distinction of being the only person in the history of the City of San Diego to be arrested and booked on a charge of public nudity,” the complaint states. “Mr. Walters was arrested for public nudity at the 2011 Lesbian Gay Bi-Sexual Transgender Pride (‘Pride’) event while wearing an opaque gladiator type kilt over black underwear. Under any definition, he was not nude, as his buttocks and genitalia were fully covered. Nonetheless, he was ushered out of the event, humiliated, arrested, and incarcerated.”

This was at a time when Borat’s “mankini” was for sale to straight men and photos of straight girls in thongs produced smiles not arrests.

After buying his $20 ticket, Walters was admitted without comment or issue to the 2011 Pride festival.

But Lt. David Nisleit told Walters that his outfit was “borderline” and after the young gay man refused to sign a citation, despite being surrounded by officers and forced out of the festival, Nisleit had Walters handcuffed, arrested and sent to jail.

“At the jail Mr. Walters was placed in a single cell visible to all inmates being checked in,” the 16-page complaint continues. “San Diego County sheriffs deputies encouraged the incoming inmates to ridicule Mr. Walters, who was wearing only his kilt and underwear, and the deputies joined in the verbal harassment. In going from the hot environment of an overheated car to the air conditioned jail, Mr. Walters was chilled. The deputies refused Mr. Walters any additional clothing or a blanket. However, upon his release from jail, Mr. Walters was ordered to change into clothing provided by the jail. Mr. Walters was released from the jail at approximately 2:15 am, Sunday, July 17, 2011, after posting $190 bond. He had been given nothing to eat or drink since his arrest, some twelve hours prior.”

Walters and Morris sued, seeking an injunction and compensatory and punitive damages for violations of the Fourteenth and Fourth Amendments, false arrest, battery, negligence and violation of his civil rights under California’s Civil Code.

According to a Bay Area Reporter story in the beginning of December, Deputy City Attorney Stacy Plotkin-Wolff told the eight-person jury in the federal case that “Walters wasn’t the only person asked to cover up at that year’s Pride event. As local media reported, she told the jury that the police also approached a man wearing chaps and exposing his buttocks and a woman without a shirt wearing pasties who both agreed to cover up.”

San Diego Executive Assistant City Attorney Paul E. Cooper also noted in an email to the B.A.R that his office declined to press charges against Walters.

“What happened was that a police officer asked the plaintiff to cover himself. When he refused, the officer wrote him a ticket for violation of the city’s nudity law,” Cooper wrote to B.A.R. “After the plaintiff refused to sign the ticket agreeing to appear in court, the officer took the plaintiff into custody (just as they would do if a motorist refused to sign a traffic citation promising to appear in traffic court). The officer sent the case over to our office and, as noted above, our prosecutors declined to file a criminal case.”

Cooper added, “We still haven’t seen any evidence to support the claim of inequitable enforcement. Plaintiff was not prosecuted for anything and was arrested only because he refused to sign the ticket promising to appear.”

“The jury confirmed what we’ve always known, which is that San Diego does not discriminate in its enforcement of nudity laws,” City Attorney’s Office spokesman Gerry Braun said in a statement after the verdict. “Our office would not tolerate discrimination against the LGBT community or any other group.”
Morris released a statement saying he and Walters were “extremely disappointed” with the verdict. But added a caveat.

“Victories are often preceded by defeats,” Morris told the San Diego Union Tribune.  “While we may have lost this battle, I can’t imagine the city will ever engage in this type of unequal enforcement of the nudity statute again in the future.”

Nisleit has since been promoted to Assistant Chief, Patrol Operations at San Diego Police Department. At the beginning of January 2016, Nisleit was also overseeing another gay-related case, this time involving a San Diego police officer shooting a gay man, Joshua Sisson, after an alleged domestic dispute.  The shooting was determined to be justified by lesbian San Diego District Attorney Bonnie Dumanis.

But keeping an eye on the prize of real equal treatment under the law, enduring the ups and downs of what to Walters and Morris was a clear violation of the U.S. Constitution, as well as amassing almost $1 million in legal fees to get justice, may have been too much for the 35 year old gay man.

The fight for equality and justice goes on. But one wonders if any of those eight jurors will look at a “mankini” or a tweet of Kim Kardashian in her latest thong the same way again.