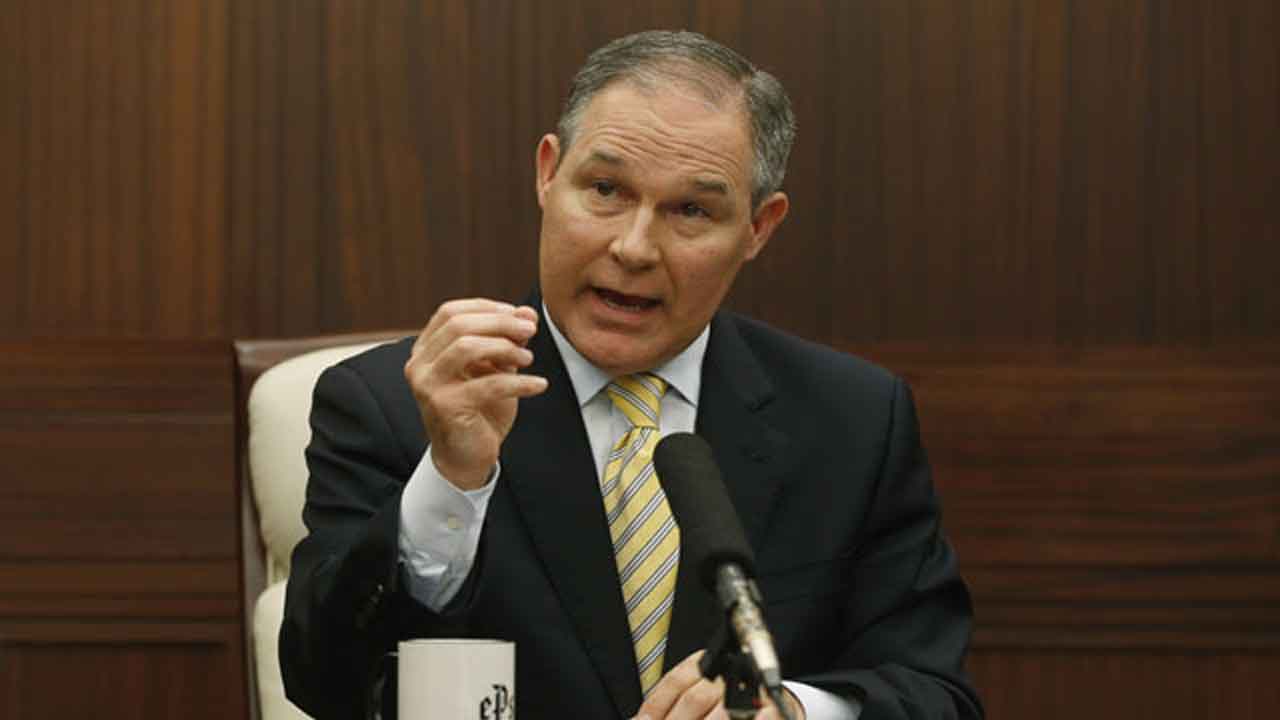 Objecting to the Obama administration’s guidance on transgender access to bathrooms in public buildings, for instance, Pruitt said:

Further, you have forced this definition on parents, students, and communities because you have deemed unjustifiable any discomfort that they may express. Your determination thus elevates the status of transgender students over those who would define their sex based on biology and who would seek to have their definition honored in the most private of places. Indeed, those latter students and their families cannot even seek reassurance that a transgender student’s self-definition is not premised on whim or caprice because you have disavowed the school’s ability to seek any form of documentation regarding the transgender child’s self-definition.

In May 2016, Pruitt, on the state’s behalf, joined a federal lawsuit in an attempt to block implementation of the Obama administration guidance on school policy regarding transgender students’ use of restrooms, locker rooms and other facilities typically separated by gender and he rallied lawmakers in the state in issuing a supporting resolution that called the guidance a “blatant example of federal government and executive power overreach.”

But it’s not just “T” rights Pruitt is opposed to.

As Attorney General he vowed to fight same-sex marriage, calling the the Windsor decision ruling “unacceptable” and said his office would “fight at every turn to protect the religious liberties of Oklahomans.” He threatened to jail any clerk who issued marriage licenses.

In May 2013 he spoke before a gathering of Concerned Women for America’s “Take a Stand” rally at Oklahoma City’s Rock Church and supported statements by other speakers who said employers should be able to fire someone simply for being gay.

48 year old Pruitt has also been instrumental in shaping the legal battle against President Obama’s climate change directives and is a well-known climate change denier. During the campaign Trump repeatedly rejected the premise that global warming is the result of human causes and has called global warming as a hoax.  Trump has vowed to “cancel” the Paris accord, an international agreement that has committed nearly every nation to action in the fight against climate change.

Pruitt is the latest in a nearly unbroken string of Trump cabinet picks who oppose LGBT rights.  Like every cabinet member picked so far, he is also opposed to the very mission of the agency he will lead.