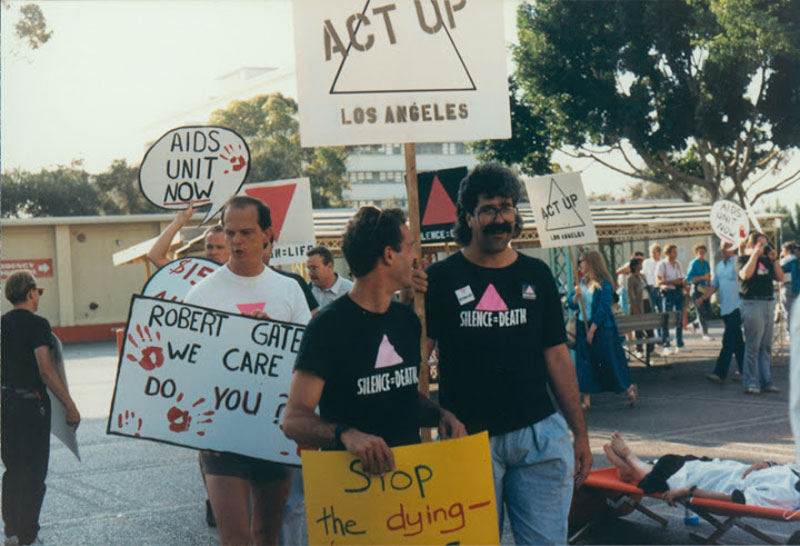 BY TROY MASTERS  |  “Once there was a terrible disease and a brave group of people stood up and fought — and in some cases died — so that others might live and be free.” Those are the words of AIDS activist Peter Staley, as featured in the documentary “How to Survive a Plague.” The passion of those words, and the generation of LGBT people who lived by them are prophetic.

They ring true more loudly today than at any time since they were uttered. With the rise of Donald Trump, it appears we are forced to fight a powerful and organized backlash against LGBT rights and the progress we have made on every front.

It’s time that we recognize this moment and harness the energy of that time and place…and ACT UP.

The City of West Hollywood and the Library Foundation of Los Angeles ALOUD series will host a discussion with David France, creator of the Oscar-nominated documentary How to Survive a Plague. France will be joined by Dr. Mark H. Katz and Tony Valenzuela to discuss the new book based on the film.

The event will take place on Thursday, December 1, 2016 beginning at 7:15 p.m. in the Mark Taper Auditorium at the Los Angeles Central Library, located at 630 West 5th Street, Los Angeles.