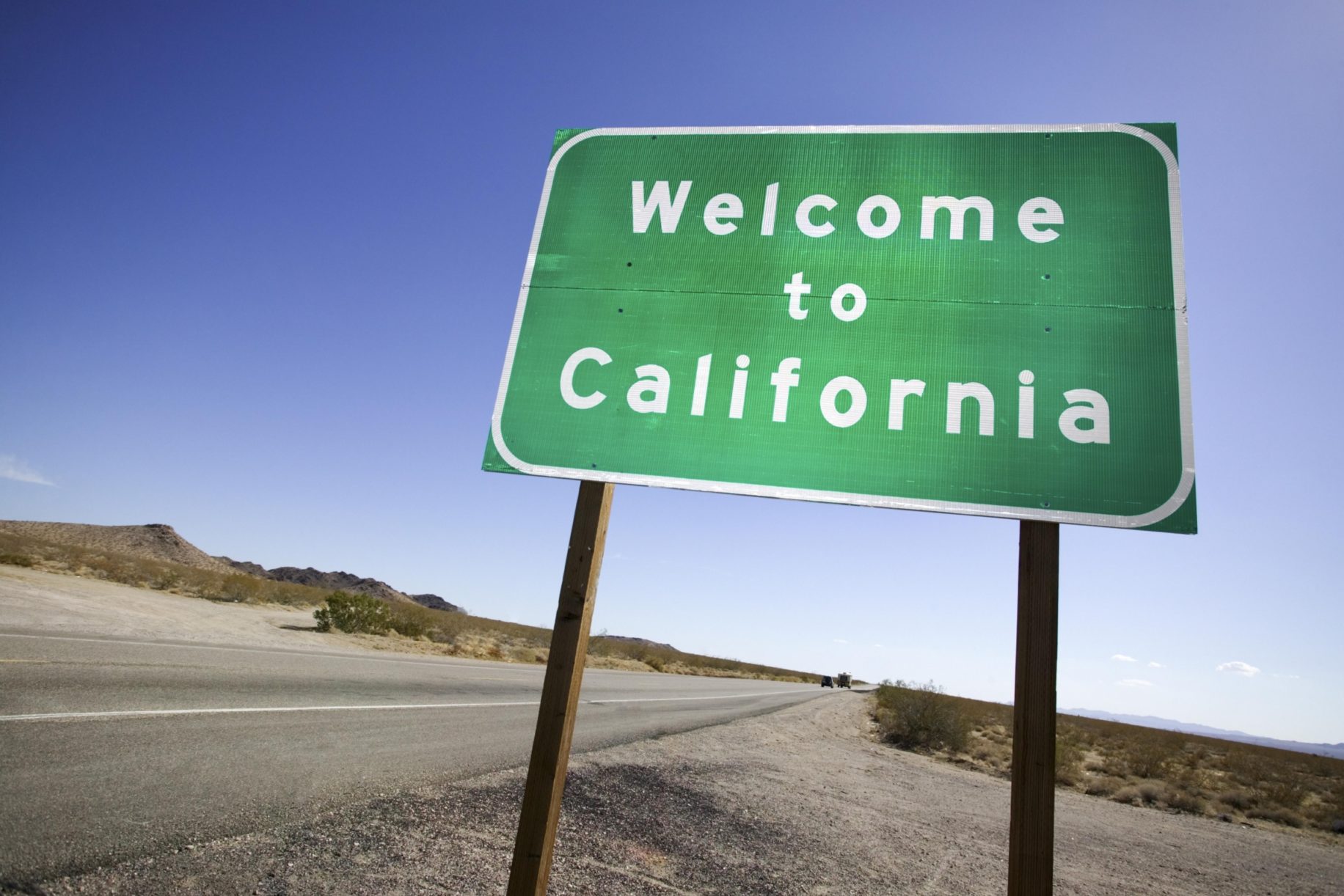 BY KAREN OCAMB  |  Election night 2016 might have seemed like the punch line to a bad joke but it’s no laughing matter when the president-elect of the United States casually tweets after a Fox News report that anyone who burns an American flag should be jailed and deprived of their citizenship.

It’s no laughing matter when the populace Donald Trump is about to govern questions whether he actually meant it, if it’s just another lie and misdirection or if he’s so ignorant of the U.S. Constitution that he is unaware that the right to burn the flag is settled law under the First Amendment.

Even out former congressman Barney Frank tossed in his two cents during a Monday night debate on MSNBC.  “[The late conservative Supreme Court Justice Antonin] Scalia wrote the opinion, he was very strongly on the other side of [flag burning], and [Trump] cited Scalia as his favorite justice,” Frank said. “I think there was a pronunciation problem there. You know, Scalia was actually the leading advocate of fag burning, not flag burning.” The MNSBC panel cracked up. “That’s not funny,” host Chris Matthews said, laughing.

Frank pointed out that Scalia noted, “We have a First Amendment, which says that the right of free speech shall not be abridged — and it is addressed in particular to speech critical of the government.” Saying out loud what others might be thinking, Frank added: “That was the main kind of speech that tyrants would seek to suppress.”

And therein lies the rub. Is Trump as vacuous and ignorant as he seems in his tweetstorms or is he shrewdly calculating media manipulation to shift attention from his blatant conflicts of interest  and business dealings with foreign entities? The latter, Frank believes.

“Let’s not continue to underestimate this man’s shrewd tactical sense,” Frank said. “He has a great ability to find out what might really anger people. And he’s clearly got problems because he didn’t just talk about this. He made this preposterous claim that there was voter fraud. He understands that when he starts proposing very controversial things – the fact is that he is by far the most minority president we’ve ever had in this country. It’s going to be a great problem. So this, I think, is part of a calculated strategy.”

Frank is referring to the fact that while Trump may have won in the controversial electoral college, former Sec. of State Hillary Clinton won the popular vote by an extraordinary margin, According to the respected Cook Report, as of Wednesday, Dec. 7, Clinton won 65,527,581 votes (48 percent) compared to Trump’s 62,851,402 votes (46 percent). That’s a difference of 2,676,179 more votes for Clinton.

As the numbers indicate, the country is deeply divided, with deeply blue California seen as Clinton territory and a fortress protecting the progress that has been made under the Obama administration. House Minority Leader Nancy Pelosi of San Francisco survived a challenge to her Democratic Caucus leadership and will continue to place Californians in key congressional committee roles.

Out former Assembly Speaker John Pérez had announced that he would run to replace Rep. Xavier Becerra, tapped as California Attorney General by Gov. Jerry Brown to replace newly-elected U.S. Senator Kamala Harris but later withdrew due to health concerns.

Pérez had said in a statement that he would be “running for Congress to take these California values and our state’s visionary approach to the national level. California needs leadership who will stand up against Donald Trump, but also leadership that will fight for the poor, the middle class, for job creation, and for a vision that can help us win all across the country.”

In a press release announcing his illness related withdrawal, Perez said he “expects to be back at full force before too long.  While I won’t be a candidate for Congress at this time, you will still see me actively engaged in my business and in advancing the progressive causes we all care deeply about.”

“This election amplified a trend that we also saw in the 2000 and 2004 elections – California continues on a progressive, inclusive path while the rest of the country veers to the far right,” said Equality California Executive Director Rick Zbur. “Not only did voters overwhelmingly choose Hillary Clinton and pass measures approving bilingual education and stricter gun safety laws, but our state and local officials, from Kamala Harris to State Senate President Pro Tem Kevin de León and Assembly Speaker Anthony Rendon to LAPD Chief Charlie Beck, have made it very clear that they have no intention of cooperating with many of the stated goals of the incoming Trump Administration. The nation’s future lies with California.”

“The election of Donald Trump ushers in one of the darkest eras in our nation’s modern political history. Many across the state and country are frightened, and they are right to feel that way,” Bauman said Nov. 11.  “I call upon Governor Jerry Brown and our State Legislature to pass constitutional amendments and statutes to safeguard the people of California from Donald Trump’s dystopian worldview….Now is the time to shore up California’s mantle as a beacon of hope in the coming years,” noting that Trump has the votes in Congress to repeal the Affordable Care Act, deport thousands of undocumented immigrants, and appoint Supreme Court justices who promise to overturn Roe v. Wade and marriage equality, among other rights.

“Several months ago, I facetiously called on Governor Brown to build a wall around California to keep Donald Trump out. Today, on a more serious note, I sincerely call on Governor Brown and our legislature to build a metaphorical legal wall to keep our residents safe from the grim and cynical vision that Donald Trump has laid out for America,” said Bauman. “It’s time to roll up our sleeves and get to work, and let the world know that California will never let hate win. We will always be a bastion of freedom and the protector of the real American dream.”

Still, more California voters voted for Trump than one might expect by just looking at a national map awash in red with stripes of blue on either coast. As of Thursday, Dec. 8, the California Secretary of State reports that Clinton won 8,753,788 (62 percent) of the vote to Trump’s 4,483,810 (32 percent).

Not to forget that California was once a bastion of white supremacy, KKK and nazi extremism—still trying to make their mark in Trump’s America. This past summer, seven people were stabbed, nine people were hospitalized and many others suffered bruises and cuts during a violent altercation between neo-nazis and counter-protesters at the Capitol in Sacramento.

The Southern Poverty Law Center documented  “what has become a national outbreak of hate, as white supremacists celebrate Donald Trump’s victory. In the ten days following the election, there were almost 900 reports of harassment and intimidation from across the nation. Many harassers invoked Trump’s name during assaults, making it clear that the outbreak of hate stemmed in large part from his electoral success.”

SPLC reports that anti-LGBT harassment makes up 11 percent of all reported incidents. “In Brighton, Michigan, a woman was approached by two white men who told her, ‘Just so you know, we hate fucking dykes and so does our president,’” the report says. “In Sarasota, Florida, a 75-year-old gay man was ripped from his car and beaten by an assailant who told him, ‘You know my new president says we can kill all you faggots now.’”

While Trump uses media-tweets like the tail wagging the dog, his actual advisors and cabinet nominees provoke fear in progressives who have felt exuberantly free since shedding the oppressive 1950s. Aside from vice-president elect Mike Pence, whose anti-LGBT stances are well known (such as apparently suggesting that funding for HIV be diverted into “conversion therapy”), Trump is laying it on thick with anti-LGBT picks. His domestic transition advisor is anti-LGBT Family Research Council stalwart Ken Blackwell . His pick for attorney general, Alabama Sen. Jeff Sessions, is one of the most anti-LGBT politicians in Washington. Right Wing Watch reports that Trump’s nominee for Health and Human Services secretary, Georgia Rep. Tom Price wanted Congress to study the fiscal impact before passing laws upholding LGBT rights. A 2013 exchange between Price and an anti-LGBT rabbi raises serious question about HIV/AIDS and other federal funding and programs.

“Speaking on a Tea Party conference call in 2013, Price took a question from Rabbi Noson Leiter, who asked him, “Is it feasible to ensure that any legislation on the various moral issues that’s being considered, whether it be pertaining to the homosexual agenda or abortion or pornography, take into account the fiscal impact of that legislation? In other words, when they want to, let’s say, promote some homosexual agenda item that they should take into account the tremendous medical, health impact and economic impact that promoting such a lifestyle would result in,” Right Wing Watch reported Tuesday.

“Thank you, Rabbi, and you’re absolutely right,” Price responded. “The consequences of activity that has been seen as outside the norm are real and must be explored completely and in their entirety prior to moving forward with any social legislation that would alter things.”

And Trump’s nominee for the Department of Education, Betsy DeVos, raises serious concerns, given her family’s longtime ties and contributions to anti-LGBTQ groups   such as the Family Research Council and the National Organization for Marriage determined to undo progress on equal access to public facilities for transgender students.

Some pundits have shrugged off the permission Trump gives to his base to be “politically incorrect” and downright mean. Somehow, gut-wrenching stories such as how Trump trolls on Facebook targeted the partner of a transgender suicide victim have been normalized.

“’Lol good riddance,’ wrote a user with the fake name ‘Oi McVeigh.’ The user’s profile picture was a shot of Donald Trump pointing and laughing,” The Daily Beast reported Tuesday.  “A Photoshop of the MGM logo popped up, with Donald Trump’s face replacing the lion. All of the words were replaced with the word ‘Haha’ over and over again. Twenty-nine likes. Then this, from the user Donny J Trump:  #TRANSLIVESDONTMATTER.’”