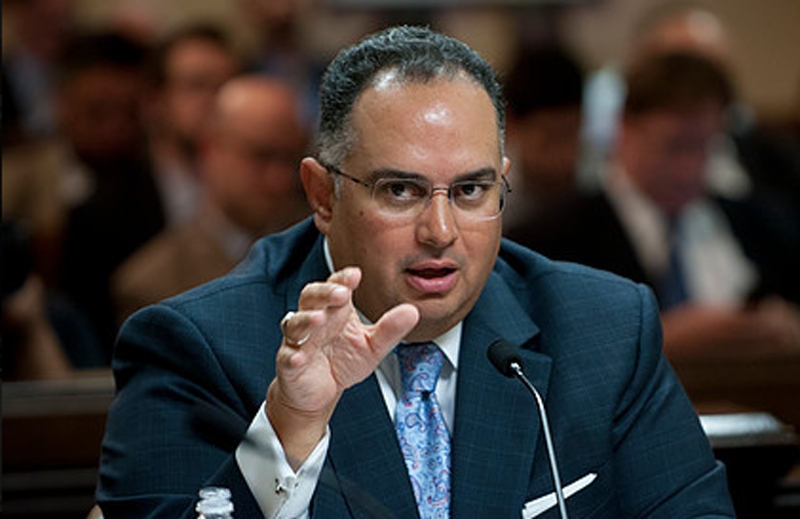 The news came less than an hour after Governor Jerry Brown picked Congressman Xavier Becerra to be the state’s next attorney general. The position will become vacant when the current attorney general, Kamala Harris, is sworn in next month as California’s junior U.S. senator, having been elected last month to outgoing Senator Barbara Boxer’s seat.

Becerra’s 34th Congressional District is centered in downtown Los Angeles and covers the gay-friendly Eagle Rock neighborhood. Should Pérez win the seat, he would be the second out member of California’s congressional delegation, serving alongside gay Congressman Mark Takano (D-Riverside.)

“I’m running for Congress to take these California values and our state’s visionary approach to the national level,” Pérez, 47, said in a news statement. “California needs leadership who will stand up against Donald Trump, but also leadership that will fight for the poor, the middle class, for job creation, and for a vision that can help us win all across the country.”

Becerra, 58, of Los Angeles, has served in the U.S. House of Representatives since 1992, most recently as the first Latino member of the Committee on Ways and Means. He earned his law degree from Stanford Law School and had served as a deputy attorney general from 1987 to 1990.

Should the state Legislature confirm him as attorney general next year, he will be the first Latino to serve as California’s top law enforcement official.

“Governor Brown and our state leaders lean forward when it comes to advancing and protecting the rights and interests of the more than 38 million people in California,” said Becerra in a statement released by the governor’s office. “I’m deeply honored by Governor Brown’s confidence in me to serve as our state’s next chief law enforcement officer.”

He added that “it has been an extraordinary privilege to serve my fellow Californians in Congress for the past 24 years, fighting for working families like my parents, and I look forward to continuing that battle as California’s attorney general.”

Brown called Becerra “an outstanding public servant – in the state Legislature, the U.S. Congress and as a deputy attorney general.” He voiced confidence in Becerra being “a champion for all Californians and help(ing) our state aggressively combat climate change.”

Pérez’s running for the congressional seat is a turn around from just two days ago, when he told Politico that he was seriously considering a bid to become the next chair of the Democratic National Committee. In an interview with the political news site, he had said he didn’t “have any plans for elective office, but there have been some conversations where people have tried to get me to explore the chairmanship.”

Termed out of the Assembly in 2014, Pérez lost his bid that year to become state controller. A cousin of former Los Angeles mayor Antonio Villaraigosa, who is running for governor in 2018, Pérez is a former labor leader and currently serves on the University of California Board of Regents.

He garnered headlines in 2011 for failing to correct reports that he had graduated from UC Berkeley when, in fact, he had dropped out in 1990 after three years. Yet until he won his Assembly seat in 2008, Pérez was found by the San Francisco Chronicle to have allowed biographies of him to say he had earned a Bachelor of Science degree from the Bay Area university.