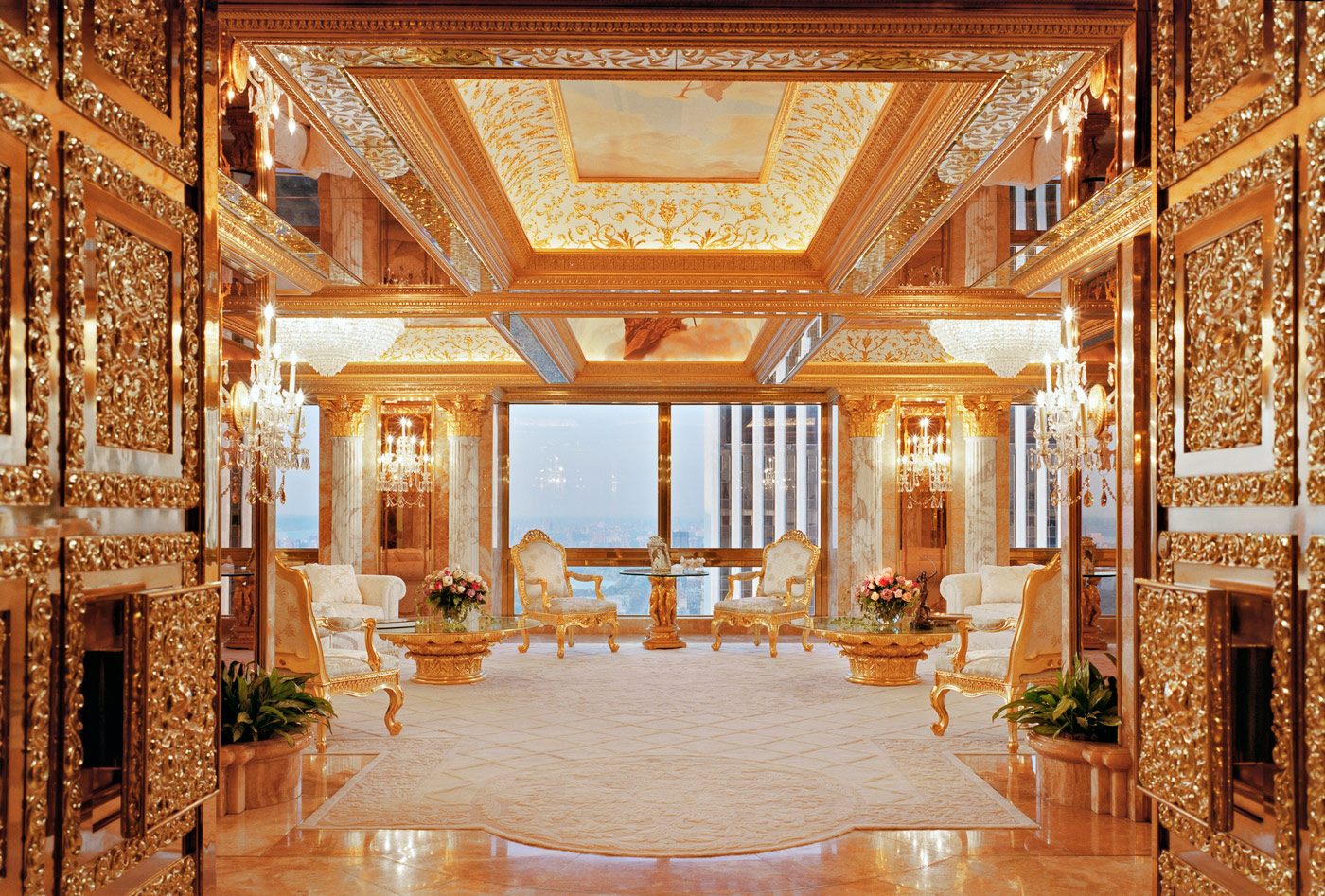 BY TROY MASTERS | There’s a lot to be said for an interior design execution that survives three wives and 33 years unchanged. But Donald Trump’s gilded penthouse, the soon to be “Fifth Avenue White House,” is just such a place.

Credit — some might say blame — goes to a gay man who enjoyed a close personal relationship with Donald and Ivana Trump, a relationship that lasted until his 1985 death from AIDS complications.

The dripping confection was created by Angelo Donghia, who, at the time of his death in 1985, was among the earliest famous people to die of AIDS.

The New York Times, reported the cause of his death was “pneumonia,” and called Donghia “one of America’s most influential interior designers.”

His company, Donghia Companies, reportedly grossed $67.5 million in 1982, the same year he executed Trump’s penthouse and the lobby at Trump Tower. The company, which still exists, included not only the design firm, Donghia Associates, but also companies that marketed a line of furnishing and textiles that are still on display in the Trump residence.

The decor is an almost surreal mixture of gilded mirror-crazy Louis XV trump (sic) l’oeil, floor to ceiling marble, Greek mythological everything-you-can-imagine with flourishes sure to make any Shah of Iran or Russian Czar feel downright at home.

Given Trump’s penchant for stiffing people who work for him, it is fair to wonder whether or not Donghia was paid for his services. Trump has filed Chapter 11 six times, four times within two years in the 1990s, once more in 2004 and most recently in 2009. Donghia’s company is not among the creditors listed. Calls to Donghia’s legacy company to confirm payment have, so far, gone unreturned.

By the time Donghia completed work at Trump Tower he had become a close personal friend of Ivana Trump’s. The pair traveled throughout Europe on a massive, whirlwind shopping tour and were often seen on the town in Manhattan, Donald in tow.

The timing of the completion of his work at Trump Tower and his death suggests that he would have already been experiencing complications of HIV while working for Donald and Ivana.

Donghia was, however, said to have suffered in isolation for about 2 years prior to his death, eventually telling only a handful of friends who, according to a 1987 article in Vanity Fair, were sworn to secrecy. The stigma of AIDS at the time of Donghia’s death was career ending.

Whether Donald or Ivana Trump were among those made aware of his illness is not known.

“Ivana and Donald had a number of close friends die of AIDS during the 1980s and I am absolutely certain Angelo’s illness was something neither of them would have been off put by — they would have been supportive,” an anonymous Trump associate told The Pride LA. “Several friends died of AIDS.”

Less than one year later, Trump mentor Roy Cohn would also be dead from complications of AIDS.

The deaths had an impact on the Trump’s.

Donald and Ivana attended AIDS fundraisers in the 1990s. Trump’s sister-in-law, Blaine Trump, was a board member of God’s Love We Deliver, an agency that provided meals to homebound people living with AIDS. When Joan Rivers won The Apprentice in 2008, she designated God’s Love We Deliver the sole recipient of her winnings.

Angelo Donghia certainly had Donald pegged: ”He knows exactly who he is, and what he wants,” Donghia told Town & Country in 1983.

“He has very quick judgment and a very definite attitude about what he likes. With Donald, you don’t spend a lot of time wondering whether something is right or wrong—it’s (a) or it’s (b) and that’s that. And everything you do for him,” Donghia, stressing Trump’s favorite word, said, “has to be done GREAT.”