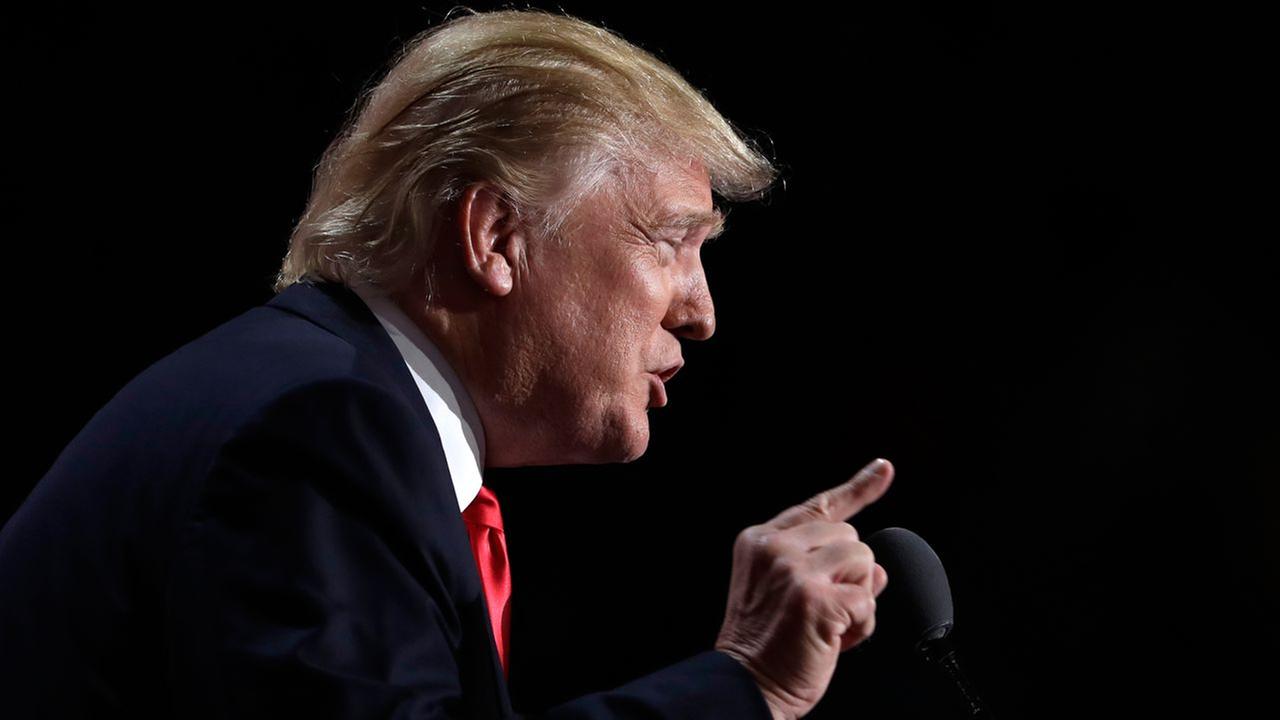 BY MICHAEL LAVERS  |  Donald Trump’s election as the country’s next president has sparked sadness, concern and anger among LGBT rights advocates around the world.

“We are devastated by this,” said Matt Beard, executive director of All Out, a global LGBT advocacy group. “It is an utterly shameful result.”

An activist from the West African country of Liberia with whom the Washington Blade spoke shortly after Hillary Clinton conceded to Trump said the LGBT community in his country is “very shocked.” Douglas Elliott said from Toronto that Trump’s election results remind him and other Torontonians of former Mayor Rob Ford who was, among other things, recorded smoking crack cocaine while in office.

Canadian Prime Minister Justin Trudeau is among the world leaders who have congratulated Trump.

“Canada has no closer friend, partner and ally than the United States,” said Trudeau in a statement. “We look forward to working very closely with President-elect Trump, his administration and with the united Congress in the years ahead; including on issues such as trade, investment and international peace and security.”

The Kremlin in a statement said Russian President Vladimir Putin “hopes to work together” with Trump “to lift Russian-U.S. relations out of the current crisis, resolve issues on the international agenda [and] look for effective responses to global security challenges.”

Mexican President Enrique Peña Nieto said his country and the U.S. “will continue to strengthen their ties of cooperation and mutual respect,” even though Trump has said he will build a border wall for which the Mexican government would pay. Marine Le Pin, leader of France’s far-right National Front, also congratulated Trump.

“Congratulations to the new president of the United States, Donald Trump, and to the American people,” she said on Twitter.

Sheherezade Kara, an activist who describes herself as a “queer woman of mixed heritage,” told the Blade that Hillary Clinton was “far from the ideal candidate.” She nevertheless expressed shock that Trump will become the next U.S. president.

“It’s truly chilling, when the world is already so unsafe for so many of us, that the racists, the misogynists and the bigots can stand up a little taller, a little prouder and surer that the system is firmly behind them,” said Kara.

Activists in the Middle East and elsewhere with whom the Blade has previously spoken have sharply criticized Trump over his calls to temporarily ban Muslims from entering the U.S. Kara on Wednesday said the U.S. has joined “the growing club of divisive, nationalist forces worldwide.”

“I will be looking over my shoulder as I make my way in the world,” she told the Blade.

LGBT people in the U.K. with whom the Blade spoke on Wednesday compared Trump’s surprise election to the results of the so-called Brexit referendum in which voters supported the country leaving the European Union.

“I’m stunned,” said Louise, a bisexual woman who lives in London. “My immediate reaction was just sheer horror and terror.”

Marc Brammer, who also lives in London, told the Blade he is “really worried about the consequences” of Tuesday’s election for his friends and family in Pennsylvania and other states.

President Obama in 2011 directed agencies that implement U.S. foreign policy to promote LGBT rights. He made the announcement on the same day that Clinton delivered her landmark “gay rights are human rights” speech in Geneva.

It remains unclear whether LGBT rights will remain a cornerstone of U.S. foreign policy under a Trump administration.

Former House Speaker Newt Gingrich, who could become the next secretary of state, and Trump himself have previously said the so-called Islamic State and other Islamic extremist groups pose a threat to LGBT people. Vice President-elect Mike Pence opposed U.S. efforts to promote gay rights abroad when he was a member of the U.S. House of Representatives.

“Internationally it is of the utmost importance that a Trump administration stays actively involved in furthering the rights of LGBTI people,” said Boris Dittrich, advocacy director of Human Rights Watch’s LGBT Rights Program who is based in Berlin.

Other activists were far less hopeful.

“I’m afraid U.S. foreign policy will turn from exporting equality to exporting hate,” Mariano Ruiz of the International Day Against Homophobia, Transphobia and Biphobia told the Blade on Wednesday from the Argentine capital of Buenos Aires.

Wilson Castañeda, director of Colombia Afirmativo, a Colombian LGBT advocacy group, described Trump to the Blade as a “bellicose president who won because of hate speech and vengeance.” He also noted Tuesday’s election took place months after the Brexit vote and the impeachment of then-Brazilian President Dilma Rousseff.

“Democracy has ended and with it the guarantee of rights of historically marginalized groups,” said Castañeda.

The agreement between the Colombian government and the Revolutionary Armed Forces of Colombia specifically acknowledged the conflict’s LGBT victims and called for their inclusion in the country’s political process. Secretary of State John Kerry was among the global dignitaries who attended the signing ceremony that took place in the Colombian city of Cartagena in September.

—  Maximilian Sycamore contributed to this article and was provided to The Pride LA by the Washington Blade and National Gay Media Association.