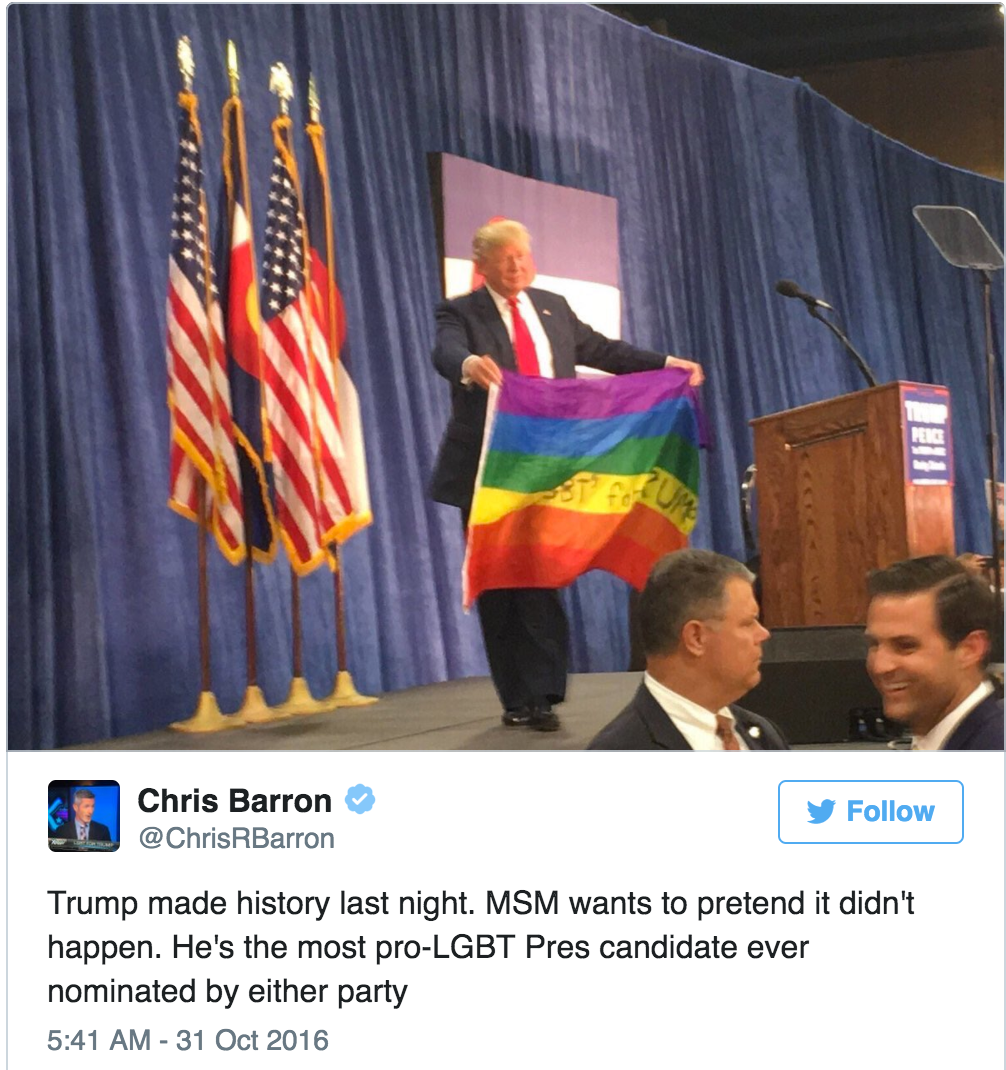 BY CHRIS JOHNSON  |  LGBT advocates continue to criticize Donald Trump for the anti-LGBT positions he’s laid over the course of his presidential campaign, but they can’t say he’s never waved a rainbow Pride flag.

As the country music song “God Bless the USA” played in the background, Trump unfurled a rainbow flag, which bore the message “LGBT for Trump,” and displayed it as he walked around a stage Sunday upon entering a rally in Greeley, Colo.

Trump carried the flag, a symbol of the LGBT community, even though he opposes same-sex marriage, has said he’d sign the anti-LGBT First Amendment Defense Act, said he’s “with the state” on North Carolina anti-trans House Bill 2 and chose Indiana Gov. Mike Pence, who has a long anti-LGBT history, as his running mate.

On the same day, Hillary Clinton held an event at Wilton Manors in Florida where she condemned Trump for his anti-LGBT positions and said his administration would undo marriage equality and President Obama’s executive action in favor of LGBT rights.

Chris Barron, a gay conservative activist and founder of LGBT for Trump, tweeted an image of Trump holding the flag, calling him “the most pro-LGBT Pres. candidate ever nominated by either party.”