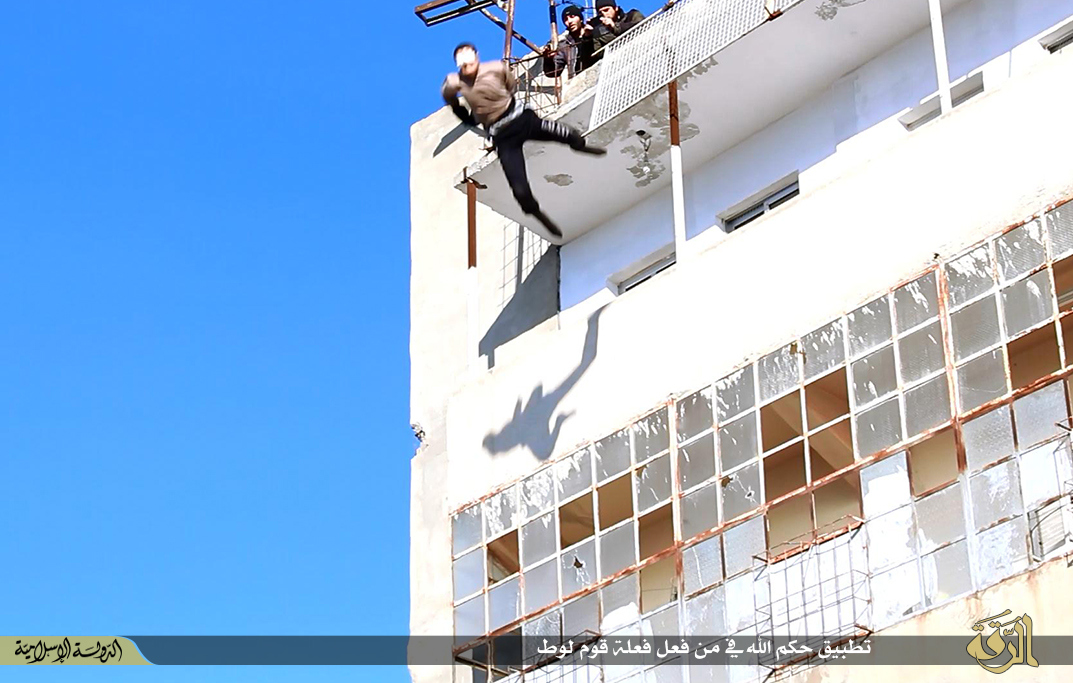 BY CHRIS JOHNSON  |  The Trump campaign continues to insist Hillary Clinton has accepted millions of dollars from countries that execute gay men by throwing them from buildings — a line that mischaracterizes the Islamic State of Iraq & Syria as a supporter for the Clinton Foundation.

Kellyanne Conway, Trump’s campaign manager, made comments along those lines during an interview Sunday on NBC’s “Meet the Press” in response to Chuck Todd’s question about Trump’s continued assertion the presidential election is rigged.

Conway, a former pollster for anti-LGBT National Organization for Marriage, appears to be referring to controversy over the millions of dollars the Clinton Foundation has accepted from countries with anti-LGBT laws and harsh laws against women.

Among them is Saudi Arabia, which has donated between $10 million and $25 million to the Clinton Foundation and punishes being gay and cross-dressing with death, imprisonment, fines and corporal punishment. Other countries with anti-LGBT laws that contributed to the Clinton Foundation are Kuwait, Morocco, Qatar, Brunei, Oman, United Arab Emirates, Algeria and Bahrain.

Despite the harsh laws against LGBT people in these countries, they don’t have a record, as Conway said, of throwing “gays off of buildings.” The perpetuators of that crime is the ISIS, which has repeatedly thrown men perceived as gay from buildings — at least one time while small children were forced to watch.

But ISIS isn’t recognized as a legitimate country, nor has it made contributions to the Clinton Foundation or to Clinton in any financial capacity. In fact, Politifact following Conway’s rated her claim that Clinton donors are throwing gays from buildings is “mostly false.”

Conway’s false assertion Clinton has accepted donation from countries that throw gay men off buildings isn’t new from the Trump campaign. It echoes comments Trump himself in the third presidential debate when criticizing his opponent over the Clinton Foundation.
“It’s a criminal enterprise,” Trump said. “Saudi Arabia giving $25 million, Qatar, all of these countries. You talk about women and women’s rights? So these are people that push gays off business — off buildings. These are people that kill women and treat women horribly. And yet you take their money.”

Trump’s conflation of ISIS for Saudi Arabia and criticism of the Clinton Foundation for accepting donations from that country ignores his own business dealings in the country, which according to a recent New York Daily News report includes selling the 45th floor of Trump Tower to Saudi Arabia for $4.5 million in June 2001.

Clinton never responded to subsequent question from Trump on whether she’d return the money, but defended her family’s foundation by lauding its accomplishments — including HIV/AIDS work — and praise from organizations that monitor charity work.

“I’m thrilled to talk about the Clinton Foundation, because it is a world-renowned charity and I am so proud of the work that it does,” Clinton said. “You know, I could talk for the rest of the debate, I know I don’t have the time to do that, but just briefly, the Clinton Foundation made it possible for 11 million people around the world with HIV/AIDS to afford treatment, and that’s about half all the people in the world who are getting treatment.”

As the Washington Blade previously reported, although the Clinton Foundation accepted money from countries with anti-gay laws, it didn’t stop Clinton from advocating for international LGBT human rights at the State Department, nor did it stop foundation from conducting human rights work.

Just last week, the Saudi government arrested in Riyadh three “effeminate” men — all under age 20 — at a Starbucks, before releasing them shortly afterward.

Chris Barron, a gay conservative activist and who has declared Islamic terrorism the No. 1 global threat to LGBT people, downplayed the Trump campaign’s mischaracterization of the donation to the Clinton Foundation.

“Clinton has taken money from countries that kill gay people for being gay, not simply from country with anti-gay laws,” Barron said. “Is killing gay people OK if it’s hanging rather than throwing them off buildings?”

The Blade has placed a request in with the Trump campaign seeking comment on why it continues to mischaracterize ISIS as a donor to the Clinton Foundation.