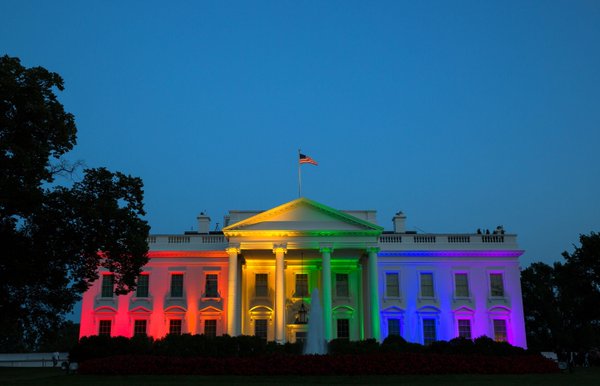 BY KAREN OCAMB  |   First and foremost—the race for president of the United States is not over! Every vote on Nov. 8 still counts, even if polls show former Sec. of State Hillary Clinton in the lead. And down-ballot races matter, as well, with the Democratic Party hoping to win back the U.S. Senate and soften up the House so “compromise” replaces “obstructionism” in the congressional lexicon.

Full disclosure: The Pride Los Angeles has officially endorsed Clinton for president, joining the other 11 members of the National Gay Media Association in taking this unprecedented step to ensure the progress of LGBT equality, rather than the roll-backs promised by Republican nominee Donald Trump.

Meanwhile, preparations are underway to ensure that the LGBT community has more than a few seats at the table in the upcoming Clinton administration. On Monday, the Gay & Lesbian Victory Institute, victoryinstitute.org the non-profit partner of the Victory Fund political action committee, announced that it has hired Reginald Greer to head the important Presidential Appointments Initiative (PAI). Created in 1992 just before the tide-changing election of pro-gay Bill Clinton, the Presidential Appointments Project (now PAI) fought against strong anti-gay right wing sentiment in Congress to secure the first-ever appointees at high levels in the new administration.

By the end of his administration, President Barack Obama has “vastly changed the face of the federal bureaucracy” through his appointments, according to the Washington Post last month. Indeed, in anticipation of Obama’s presidency in 2008, the Victory Institute collected more than 3,000 LGBT resumes which lead to six out gay ambassadors; the first gay special envoy to promote LGBT rights globally; five transgender officials at federal agencies; the first full-time trans employee in the White House; the first gay male White House Social Secretary; the first secretary of a branch of the military with Army Sec. Eric Fanning; and hundreds of other staffers and interns.

Now Greer, a former Obama appointee himself as Deputy Director of Public Engagement at the U.S. Department of Transportation, is leading a coalition of 30 organizations to identify and submit a diverse pool of resumes from exemplary LGBT candidates applying for all levels in the federal government. Additionally, once selected, PAI promises to advocate for the prospective appointees.

“Presidential appointees influence the policies and direction of federal agencies and the executive branch, so it is essential that LGBT appointees are well-represented in the next administration,” Victory Institute President & CEO Aisha C. Moodie-Mills said in a press release “As a former Obama appointee, Reggie Greer understands the complexities and politics of navigating the appointments process. We are thrilled he is leading our efforts to build an LGBT-inclusive administration.”

PAI is also committed to recruiting more women, people of color, transgender people and individuals outside the Beltway, so their perspectives and voices are included in the new administration, according to the press release.

“The Presidential Appointments Initiative assisted hundreds of LGBT people searching for placements in the Obama administration, and I am honored to further that legacy,” said PAI Director Reggie Greer. “We are continuing to build our talent bank with qualified LGBT leaders who can be the foundation for a successful administration, and we will be their allies in finding a placement. We encourage LGBT people across the country to consider public service and to register with our initiative.”

If you are interested in a presidential appointment in the next administration, go to the Victory Institute’s PAI to learn more and upload your resume at victoryinstitute.org/PAI.