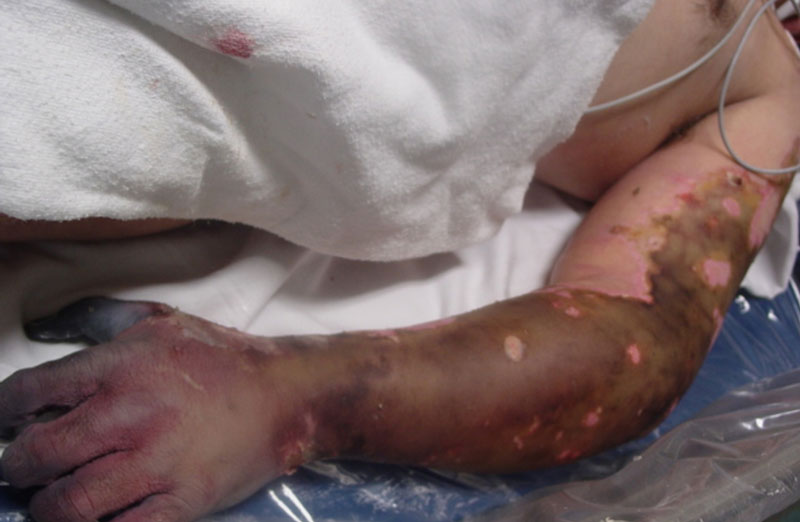 BY TROY MASTERS  |  The Center’s for Disease Control and Prevention (CDC) is urging all gay and bisexual men in the Los Angeles and Orange County area to get vaccinated against Invasive Meningococcal Disease (IMD).  The recommendation comes as the agency undertakes a local area ground investigation into a continued outbreak that is affecting men who have sex men disproportionately.

Beyond urging all gay men to get vaccinated there is no information available as to whether the CDC continues to investigate the outbreak.

AIDS Healthcare Foundation had earlier reported that since the initial alarm was sounded there has been difficulty in obtaining supply of vaccine.  In a statement provided to The Pride LA by the Los Angeles County Department of Public Health, the agency now says supply is being provided.

“Public Health is working in close collaboration with AHF (and other community based organizations) in different capacities. Public Health is providing vaccine both to their day clinics and Wellness Center(s) which are open in the evenings. As of this week, AHF will have received 400 doses of vaccine, in addition to more that will be provided to AHF, who will be providing vaccine at the Bienestar East LA clinic,” the statement says.

Bienestar has mobile facilities and can reach the Latino community more effectively than other agencies.

The demographics beyond men who have sex with men show that a majority of those affected so far are Latino. Of 15 cases in LA County, eight were among Latino, two African American, two White, one Asian/Pacific Islander, and two are other or unknown race/ethnicity.

17 of the 23 cases reported in LA County (including Long Beach) and Orange County were reported in May and June alone.  9 of those cases were among men who have sex with men.

The Los Angeles County Department of Public Health, the Long Beach Department of Health and Human Services, and Orange Public Health were previously recommending vaccinations only for individuals who were considered high-risk, primarily people who are HIV positive.

“We acknowledge this broadens our prior recommendations, but, after careful consultation with the CDC and health officers in other affected jurisdictions, we consider that this expansion of the vaccination recommendations is a necessary step to suppress this outbreak,” according to Dr. Jeffrey Gunzenhauser,  L.A. County Interim Health Officer, who posted a statement  today (Tuesday, July 26).

Statewide the numbers seem even more alarming, but in reality the only cluster or outbreak that has been acknowledged is in SoCal.;  more than 50 cases have been reported statewide.

CDC investigators feel that because it is unclear why gay men and men who have sex with me are being infected in greater numbers than the general public, the outbreak requires a community wide response.

What are the symptoms of meningococcal disease?

The symptoms of meningococcal disease vary, but include:

Meningococcal disease is spread by contact with spit, phlegm, or other fluids from the nose or mouth of someone who has the disease. Someone who has had close contact with an infected person can become infected, but taking the correct antibiotic right away can prevent illness.

How does meningococcal disease spread?

A person with meningococcal disease can spread infection to others for several days before they feel sick, and while they are sick until 24 hours after the start of antibiotics.

What should I do if I have been around someone who is infected?

People who have been in close contact with an infected person should get antibiotics to prevent illness.  If you are a close contact, your medical provider can give you a prescription for the right antibiotic. Close contacts include:

Close contacts should also watch for fever or other symptoms. Casual contacts, such as classmates or officemates, do not usually need to take antibiotics unless they feel sick. Classmates are different from kids at the same daycare because kids at daycare are more likely to share things they have put in their mouths, and more likely to sneeze or cough on each other.

How soon after their first MCV4 dose should people who remain at risk for meningococcal disease be vaccinated again?

Click here for information on where you can get vaccinated.

Click here to see what Invasive Meningococcal Disease does if not treated in time.