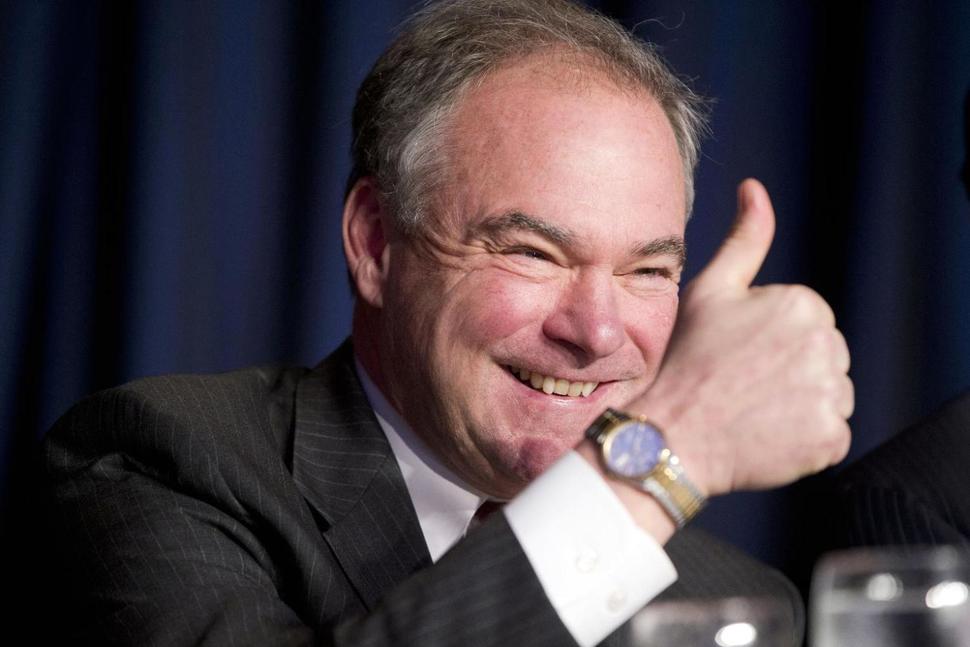 Breaking…Hillary Clinton has selected Tim Kaine, the 58 year old Democratic US senator from Virginia, to be her running mate against Donald Trump and Mike Pence.

Much of the Clinton campaign logic seems to be that Kaine, who is not the most popular choice among the Sander’s camp, helps her secure the electoral college of Virginia and acts as a firewall in the event the campaign fails to win against Trump in either Ohio or Florida. Kaine was among the top choices for V.P. during Obama’s 2008 run.

Here is an excellent overview of his record and his ratings from various advocacy and political organizations.  He has a spotty record but has evolved on LGBT rights and marriage equality.  In 2005, for instance, he opposed adoption rights for all gay individuals but by 2013 he endorsed marriage equality. A Catholic by faith, Kaine has a position on abortion rights that disturbs many center and left-leaning Clinton supporters, advocating for parental approval for minors.

Many progressive voters are disappointed and say it’s a sign that Hillary is not taking their concerns very seriously.