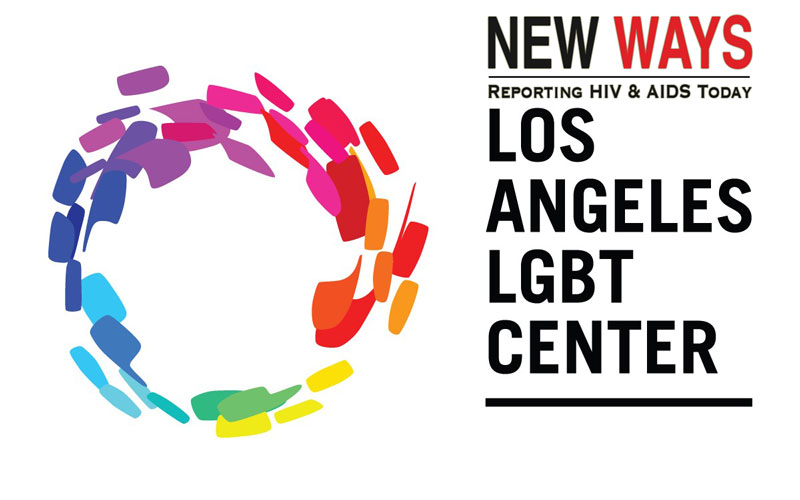 BY KAREN OCAMB  |  Here’s an interesting “what if” scenario. If you were an LGBT or HIV/AIDS reporter, how would you report on this 1983 scene with real estate developer Donald Trump, New York City Mayor Ed Koch and (closeted) conservative lawyer Roy Cohen (who later died of AIDS)?

On this 35th anniversary of the first CDC report on what became known as HIV disease, how much has changed in how we talk about HIV/AIDS? The miracle three-drug cocktail in 1996 staunched the massive dying and new medications help prevent transmission—but stigma still remains, as do problems accessing life-saving drugs and plain information about toxic side-effects. And with so many citizen journalists positing blogs and accounts on social media—how do we write about HIV/AIDS to communicate and understand what’s really going on?

The National Lesbian and Gay Journalist Association, in conjunction with the Centers for Disease Control and New Ways, is hosting a series of free workshops today from 2:00-6:25 at the LA LGBT Center’s The Village to help reporters, communications staffers at non-profits and citizen journalists to learn about issues and how to better write about HIV/AIDS. The workshops were organized by Diane Anderson-Minshall, editor-at-large of The Advocate and editor-in-chief of Plus Magazine, who will moderate the panel discussions. She will also be honored by NLGJA at a post-workshop event.

The topics are HIV Testing (June 27 is National HIV Testing Awareness Day); HIV Criminalization; Intersections of an Epidemic; “It’s All About Prevention”: and Health Reporting That Follows The Money and Data.

A post-workshop event begins at 6:30p (free cocktails and appetizers) is fundraiser for NLGJA, but is free to registered workshop participants.

Bamby Salcedo is a transgender activist who founded the TransLatin@ Coalition, an organization formed in 2009 to organize and advocate for the needs of trans Latinas who are immigrants and reside in the U.S.

Ayako Miyashita, currently serving as the Sears Law Teaching Fellow with the Williams Institute and as the Director of the Los Angeles HIV Law and Policy Project (“LA HLPP”), a legal services collaborative based out of UCLA School of Law.

Elvis Rosales is the Project Coordinator for Fuerza Positiva, a linkage to care and retention program at AIDS Project Los Angeles (APLA), where he assists in the development, implementation and evaluation of a culturally tailored intervention for Latino men living with HIV.

Karen Ocamb is an award-winning journalist with more than 40 years of experience. She started her freelance writing career for the gay press in the late 1980s after more than 100 friends died from AIDS and has covered almost every major LGBT-related event
since then.

Gerald Garth is Programs Coordinator for Black AIDS Institute, and an African-American HIV University Science and Treatment College who has worked in all aspects of the Institute’s media and communications work, including assisting in the creation of its national newsletter and contributing to digital, web, and print publications.

Grissel Granados, young woman with perinatally-acquired HIV and has been sharing her story since she was 12 years old and in doing so has strived to create spaces for women, LGBTQ communities, and other HIV positive individuals to live and love freely. She’s a program coordinator at Children’s Hospital Los Angeles, where she oversees HIV prevention programs for young gay and bisexual men of color.

Alex Garner is currently the Senior Health Innovation Strategist at Hornet, the premier gay social networking app with over 10 million users worldwide. Hornet is committed to helping men make meaningful connection and is dedicated to creating an experience where its community of users feel empowered and supported and have the resources to make informed decisions about their health.

Mario J. Pérez, MPH is the Director, Division of HIV and STD Programs (DHSP) County of Los Angeles, Department of Public Health. As Director of DHSP, Mario is responsible for guiding the work of more than 320 employees and managing the annual investment of more than $105 million in local, State and federal resources that support the delivery of HIV and STD services through nearly 80 Los Angeles County organizations.

Dr. Cleo Manago is a national behavioral health and cultural expert. Since 1988, he has founded several often-emulated national organizations and archetypes, including the African American Advocacy, Support-Services & Survival Institute (or AmASSI) Centers for Wellness, Education & Culture. And, Black Men’s Xchange National (BMX), where he is founder and CEO.

Michelle Levander is the founding director of the Center for Health Journalism; editor-in-chief of its online community; and co-publisher of Boyle Heights Beat. Michelle launched the Center in 2004 after more than 15 years as a reporter and editor in New York, California, Hong Kong, and Mexico.

Michael Valle is the enterprise business architect at the Office of Statewide Health Planning and Development (OSHPD), a department of the California Health and Human Services Agency (CHHS). He serves on behalf of CHHS as the project manager of the CHHS Open Data Portal, working across the 12 CHHS departments to publish data in open formats on an agency enterprise platform.

6:10-6:20/6:25: “Doing It” With Chandi Moore
Chandi Moore, co-star of I Am Cait (with Caitlyn Jenner) and a trans youth health and HIV prevention counselor and educator at Children’s Hospital of Los Angeles.