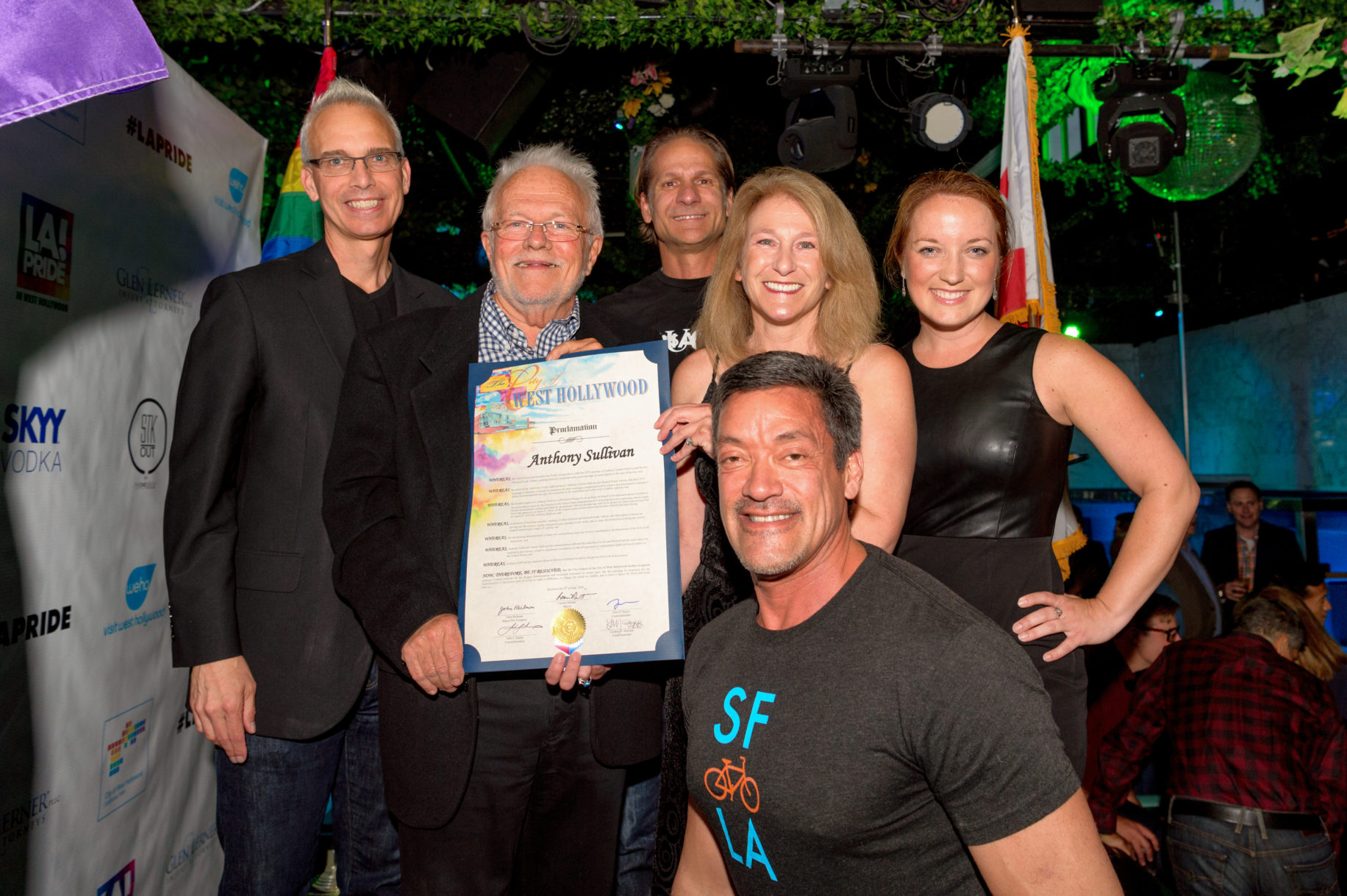 BY TROY MASTERS  |  West Hollywood Mayor Lauren Meister, along with the board of Christopher Street West and the West Hollywood City Council, hosted the annual LA Pride Mayor’s kick-off party yesterday at the legendary Penthouse Nightclub.

About 500 people packed the club and celebrated the start of LA Pride 2016.

Mayor Meister honored Anthony Sullivan, the gay man who’s 1975 marriage to his husband, Richard Adams, now deceased, was deemed legally valid.  She presented him with a proclamation and he gave an inspiring speech about tenacity.

Anthony and his attorney Lavi Soloway. Photo courtesy Jon Viscott for the City of West Hollywood