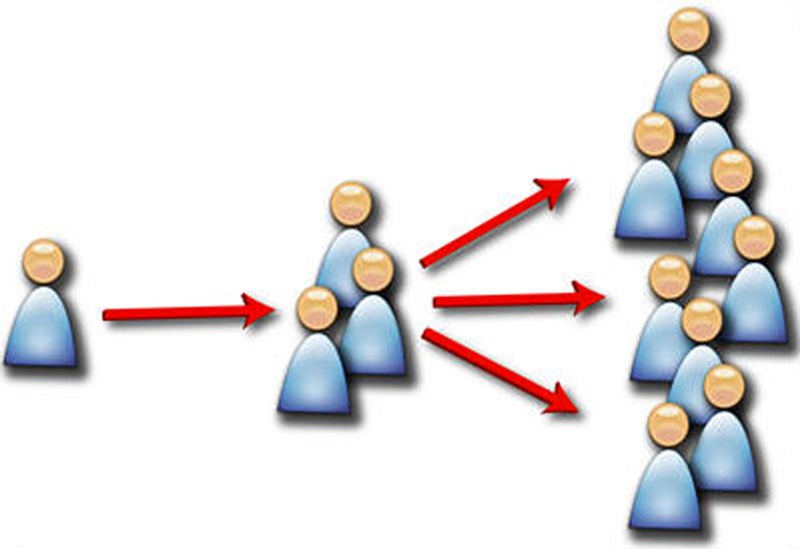 BY TROY MASTERS  |   With one person dead and 8 infected, ranging in ages from 24 to 43 years old, it’s looking like deadly “de ja vu” all over again, as Infectious Meningococcal Disease (IMD) breaks out in Los Angeles County and Orange County.

At least 4 of the 9 cases are among men who have sex with men.

On June 24,  a Health Alert was issued by the Los Angeles County Department of Public Health (DPH), targeted to the “provider community,” and entitled “Outbreak of Meningococcal Disease among adult Males in Southern California.”

“Since May 2016, nine confirmed cases of meningococcal disease, including one death,” the alert reads, “have been reported in men living in Southern California, most of whom were men who have sex with men (MSM).”

But when the same agency, DPH, released a similar statement to the general public the same day,  it made no reference to the heightened nature of the problem, especially for gay men and those who are HIV positive for whom the alert should also be an alarm. Four of the 9 cases were among gay men.

The statement, also dated June 24, was simply entitled “Public Health Urges Vaccination for Those at Risk for Invasive Meningococcal Disease,” and does not use the terms “outbreak” or “cluster.”

In a separate communication with The Pride Los Angeles, DPH referred to the incidents “as a recent cluster of invasive meningococcal disease (IMD) cases in Los Angeles County.”

The distinction is profoundly important, as is the timing of the health alert.

The Center’s for Disease Control and Prevention defines “outbreak” as the occurrence of more cases of disease than normally expected within a specific place or group of people over a given period of time. An “outbreak” can spread quickly where as a “cluster” is by definition contained.

If a public health emergency — an outbreak —  involving a potentially deadly or life-altering bacterial disease exists and is deemed worthy of communication to clinicians as such, then why not send the same urgent message to the general public with warning signs and sites where they can get vaccinated? And to what degree did the DPH push and follow up on what could potentially be dangerous to the So/Cal gay and HIV communities?

The June 24 DPH alert noted that, “Many cities will have Pride events this summer, and there will be many crowded venues. LAC DPH encourages healthcare providers to vaccinate persons in identified risk groups.”

The DPH alert also noted that 3 of the 4 MSM cases “happened within the past 6 weeks,” adding that, “To date, public health investigation has not determined any common social linkages among the LAC gay/MSM cases nor with the other cases in the region.”

That means, as the June 24 press release noted, that DPH confirmed the 9 cases — 4 MSM — in early May, before the huge Long Beach (May 21-22), LA (June 10-12) and Orange County (June 19-26) pride parades with hundreds of thousands of at-risk gays and people who are HIV positive. And other than stories in this newspaper, the L.A. Times, the L.A. Daily News and the Mercury News on the day the press release was issued, there has been a dearth of news stories to alert the LGBT and general public.

The germs that cause bacterial meningitis are spread from person to person. Some bacteria can spread by exchanging of respiratory and throat secretions (saliva or spit) during close (for example, coughing or kissing) or lengthy contact, especially if living in the same household, according to the CDC.

We’ve been here before.

In 2013 when gay attorney Brett Shaad contracted contagious bacterial meningitis, going from “fit” to brain dead in a matter of days, the DPH came under scrutiny for failing to adequately respond.

Shaad was thought to have attended the White Party — a hugely popular circuit party attended by revelers from around the world. He also attended a gym in West Hollywood, something that was concerning enough at the time for the City of West Hollywood to issue a strong health warning to residents about how the disease is spread and what symptoms require immediate attention.

Three people in Southern California, including Shaad, died in that episode.

It took more than one week from the day news emerged of Shaad’s death before DHP posted a notice on its website noting that there were no “linkages” to outbreaks underway in New York City and Chicago.

Health officials at that time quibbled with community health providers and advocates about labeling those cases a “cluster” or an “outbreak and they offered little guidance on vaccination efforts. Outbreaks at the time in Toronto and Chicago had been quickly quelled with a vaccination campaign. In New York City, 22 infections and 7 gay male deaths occurred over a two-year period before officials finally declared an outbreak.

In 2014 DHP found what they called a “cluster” of 8 cases of invasive meningococcal disease. Three people died during that event.

LGBT journalist Karen Ocamb, in a post on Frontier’s Magazine’s website dated April 2, 2014, wrote of that cluster:  “AIDS Healthcare Foundation President Michael Weinstein and West Hollywood City Councilmember John Duran excoriated DPH for mishandling information regarding a cluster of four gay men who were infected with the deadly bacterial meningitis between December 2012 and April 2013, three of whom died. DPH had failed to issue a community-wide alert for those at risk to take precautions.”

Of the 2016 “Outbreak,” California Department of Public Health (CDPH) spokesman Ronald Owen told The Pride Los Angeles that “CDPH worked closely with the affected health departments on this investigation as they collected additional information about the cases and attempted to determine if there were any epidemiological links between the cases.”

Owens said those linkages included identification on June 29th of a 7th patient in the group of 9 who tested positive for the same strain of meningitis, strengthening the case for “Outbreak.”

West Hollywood City Councilman John Duran is livid about the two months of silence DPH maintained during their investigation of the “Outbreak.” Duran said community outreach “could have been done right before CSW when we host hundreds of thousands in West Hollywood for pride weekend.” He added, “The County does not seem to understand the benefits of working with affected communities in innovative ways.”

Duran was pilloried in 2013 for calling attention to the urgency of meningitis outbreaks but today he remains adamant.  “Some thought I was over reacting and being alarmist (in 2013),” he told The Pride Los Angeles.  “But thousands of people got vaccinated through AHF, the Center and their doctors.”

“I would do it all again because we paid such a heavy price for inaction around AIDS in the early 80’s,” he said.

Others express a similar sentiment.  “Once again the county has failed in its basic responsibility to communicate and work with the the community,” said Michael Weinstein, Founder of the AIDS Healthcare Foundation.  “It was crucial that notification go out prior to LA Pride where hundreds of thousands of gathered in close proximity to one another.”

When asked why he felt DPH had used the words “Outbreak” to clinicians but not to the general public, Weinstein said:  “There’s a long history of the county being more concerned about parsing words than mobilizing and alerting the community.”

Several outbreaks and clusters of serogroup C meningococcal disease among gay and bisexual men also have been reported in New York City and Chicago since 2014 and more recently in Europe.

As a result, the U.S. Advisory Committee on Immunization Practices this week recommended that all HIV-infected persons be routinely vaccinated with the meningococcal vaccine.

California public health officials recommend all HIV-infected adults receive two doses of the vaccine. Gay and bisexual men who are at increased risk for meningococcal disease and are not HIV-infected should receive one dose of the vaccine, they said.

The problem remains: since not all gay men and those with or at-risk of contracting HIV are linked to healthcare, how will they find out about meningococcal disease, the symptoms and the need to get vaccinated if the L.A. County Department of Public Health does not have a public health campaign to warn them?