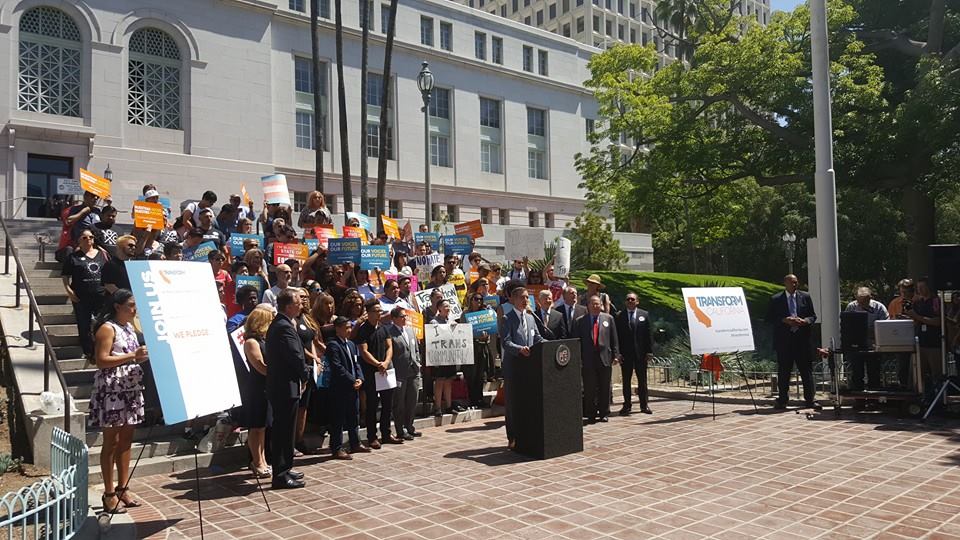 BY STAFF  |   Mayor Eric Garcetti signed a pledge Tuesday saying he will work to protect the rights of transgender people as a member of a coalition promoting awareness about transgender issues and challenges across the state.

“Our tax dollars won’t fund intolerance here,” he said at a rally outside Los Angeles City Hall to launch the Transform California campaign to oppose discriminatory practices against transgender people.

The Transform California coalition — founded by Equality California and the Transgender Law Center — will hold rallies around the state that include participation by civil rights groups, members of the business community and elected officials.

Other local leaders who have signed the pledge include Gary Toebben, president of the Los Angeles Area Chamber of Commerce, and state Senate President pro Tempore Kevin de Leon, D-Los Angeles, who was not at today’s event.

The coalition was formed in response to violence faced by transgender people around the state, and comes as a law was adopted in North Carolina that includes restrictions against people using bathrooms with gender labels differing with what was designated on their birth certificates.

“I am so excited that we are going to be a city that not only rolls back the hatred in other places, but to make sure that nobody lives with the threat of harassment, or intimidation or assault,” Garcetti said.

Garcetti recently supported a City Council ban on non-essential travel to the states of North Carolina and Mississippi until laws in those states discriminating against gay and transgender people are repealed.

The city is taking other steps, including making bathrooms gender neutral, “because there shouldn’t have to be a segregation of options based on your identity,” he said.

Garcetti spokeswoman Connie Llanos said 21 single-room restrooms at City Hall and other buildings in the Civic Center that had been labeled male or female will become gender neutral.

Garcetti and other speakers pointed to recent violence against transgender people, including an incident in which a transgender teenager was allegedly run over by the driver of a car in Monterey Park, and the fatal shooting of a transgender woman, Quartney Yochum, in Skid Row last month.

Nobody should hate themselves, nobody should consider taking their own lives, and today we will save lives we will never be able to count just by speaking up and standing up together,” Garcetti said.

One of the speakers at today’s rally was Pasadena Jewish Temple and Center Rabbi Becky Silverstein, considered one of the first rabbis in the Jewish religion’s Conservative movement who has identified as transgender.

Silverstein said it was important for people not to have to choose between their faith and their gender or sexual identity.

People who are gay or identify as transgender in the faith community often face “pain and alienation and separation, fear and shame,” Silverstein said.

But the rabbi noted that “at the core of most, if not all faith traditions, there are a set of common values that drive how we interact with each other,” including maxims such as “respect for God’s creations …love your fellow as you love yourself … the idea that we are all created in the image of the divine.” 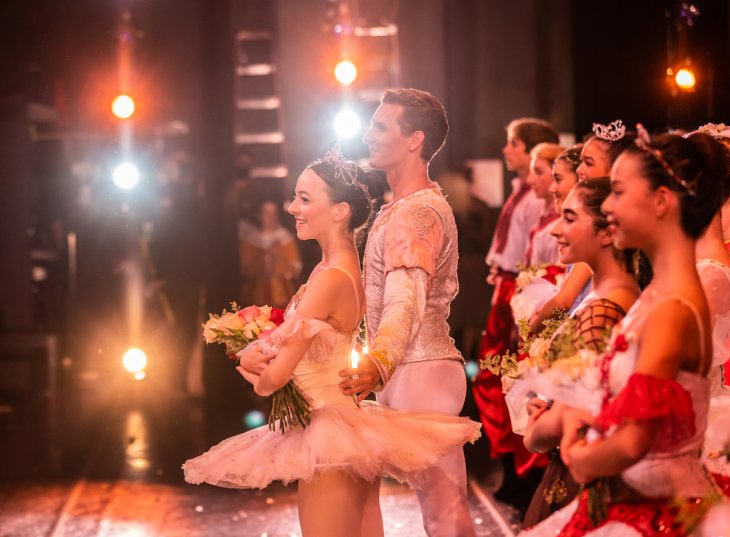