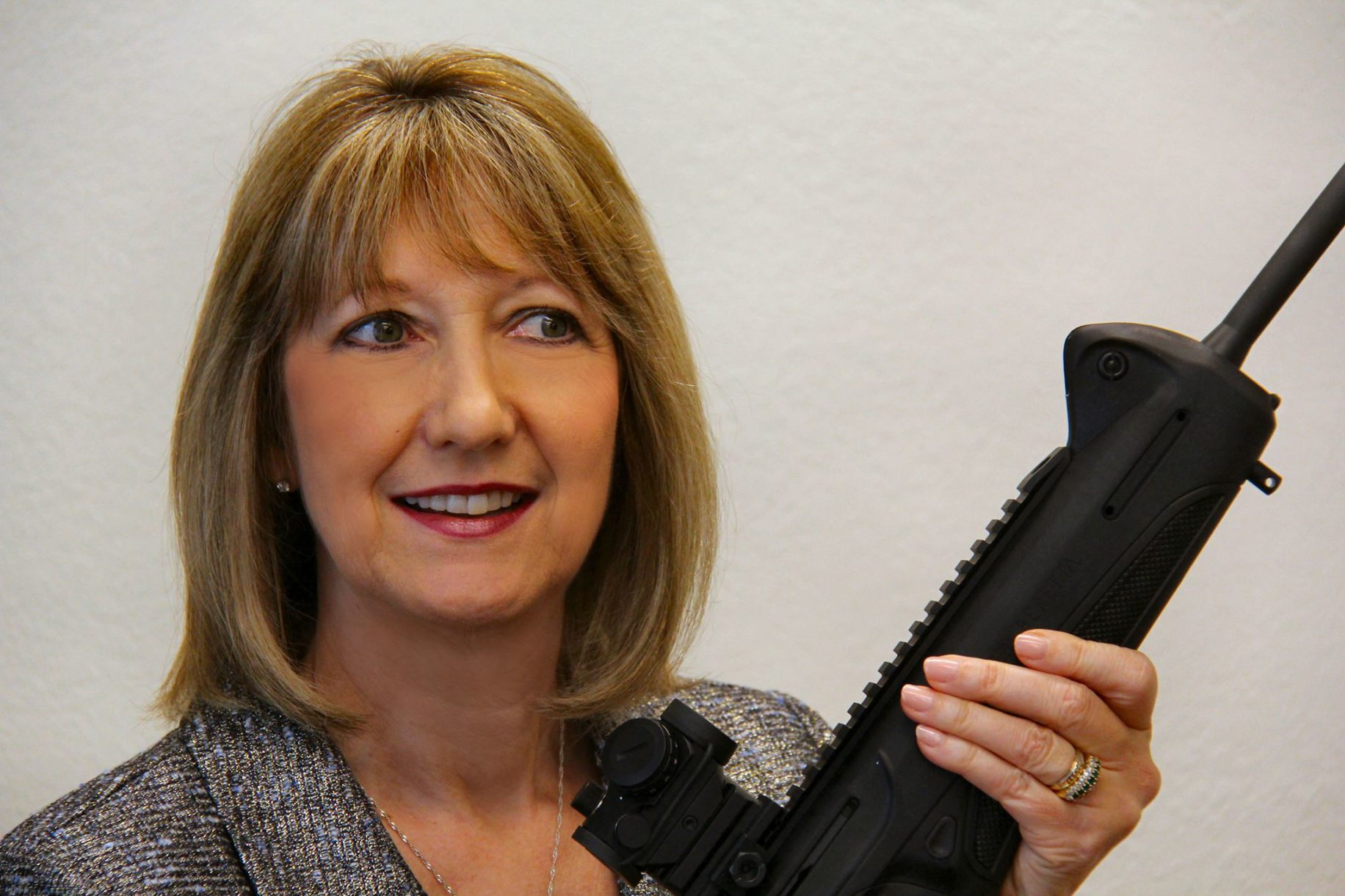 BY KAREN OCAMB | The White House deplored the murder of Xulhaz Mannan, editor of Bangladesh’s first LGBT magazine, who was hacked to death with his friend on Monday while much of LGBT America focused on North Carolina as protesters pressured the Legislature to repeal the anti-trans “bathroom bill”http://www.hrc.org/blog/hundreds-of-thousands-call-for-repeal-of-north-carolina-anti-lgbt-law-as-le that has cost the state millions in lost revenue.

But it was Anita Staver’s response to Target’s gender-neutral bathroom policy that shot shivers through the Twitterverse.

Target’s pro-equality stance has generated more than 500,000 pledges to join a conservative-Christian boycott the company, perhaps as a “religious liberty” effort to counter the powerful response from businesses and the entertainment community to shun North Carolina as a result of their recent anti-LGBT law.

Orlando, Florida-based Liberty Counsel Founder and Chair Mat Staver and his wife Anita, Counsel President, are the primary forces behind the “bathroom bills,” which have succeeded in Republican-led legislatures after twice dramatically failing in California.

Perhaps most remember Staver as the defender of Kentucky clerk Kim Davis who refused to sign and certify same sex marriage licenses in defiance of the Supreme Court. Staver told CBS News last week that the religious liberty laws are only intended to “protect those who cite religious beliefs for refusing to serve or employ gay or transgender people” in at least 20 states.

“It is only about being free to pursue your faith,” Staver said. “We have no interest in discriminating against anyone.”

But what’s wrong with a little intimidation? On Monday, Anita Staver (pictured above in a photo from her Facebook page) did more than encourage a little pledge-signing or hugging a bigot: she called for women to bring guns into the bathroom to protect themselves from men pretending to be women in order to attack women and girls. It doesn’t matter that there have been NO recorded instances of such criminal behavior. Fear is a potent weapon in the ongoing culture wars that LGBT-haters can’t bear losing.

And when others complained that Anita Staver was encouraging violence, they were met with demeaning sexism.

Here are statements from Equality Florida and TransAction, the two groups most involved with the LGBT community in Florida – groups that worry about murder too easily being visited upon LGBT people in their state as it is worldwide:

Statement by Nadine Smith, Executive Director of Equality Florida
“The president of Liberty Counsel, the religious law group behind the recent wave of anti-transgender bathroom bills, announced that she plans to carry a gun with her to the women’s restroom.
Anita Staver’s twitter message comes in response to an announcement by Target that the company will not discriminate against transgender customers or employees.

Liberty Counsel’s tweet advising people to bring firearms into bathrooms is outrageous, dangerous, and irresponsible. The type of fear-mongering promoted by this hate group is not only reprehensible, but it is putting lives in danger.

I have contacted Liberty Counsel directly and hope they will accept the invitation to meet with Equality Florida and sit down with members of the transgender community to see the people who suffer most directly the consequences of their dangerous and dehumanizing rhetoric.

Fortunately, this type of appeal to fear is being broadly denounced. Conservative commentators, law enforcement officials and those on the frontline combating violence have called this misguided and dangerous; a draconian solution to a non-existent problem.

We hope Liberty Counsel will back away from this reckless strategy and stop inciting hostility toward transgender people.”

Statement from Equality Florida’s Transgender Inclusion Director Gina Duncan:
“TransAction Florida, Equality Florida’s Transgender Rights Division is both outraged and alarmed by the recent tweet by Anita Staver, President of The Liberty Counsel, a hate group dedicated to discrimination against the LGBT community. Her tweet clearly advocates violence against an already vulnerable community. The transgender bathroom issue has been debunked time and again. It is an inflammatory issue designed to mobilize hate and misinformation about the transgender community. National and state studies consistently show that there have been absolutely no increases in public safety issues where fully inclusive diversity policies have been passed.

In short this is a solution to a manufactured issue in search of a problem that does not exist.
Today’s tweet, however, goes too far and is totally unacceptable. Advocating the need for a hand gun as a “bodyguard” in a bathroom is inflammatory hate-mongering that can truly lead to loss of life for simply using the bathroom.

Equality Florida is taking decisive and immediate steps to stem the tide of this hateful rhetoric and to elevate the truth around bathroom safety issues and transgender rights.

We call on all Floridians to renounce this hateful and unfounded rhetoric and reject any public policy actions designed to further marginalize our transgender community. Our young people are frightened and are looking for us to stand our ground against this vicious attack against the transgender community. We call on the Liberty Counsel to meet with Equality Florida to justify their advocacy of carrying fire arms into public restrooms when there is entirely no justification for doing so.

It is time we move past this politically motivated hate speech designed to denigrate the transgender community. Discrimination wrapped in religion is still discrimination.

Stop the hate speech, stop the lies, stop the violence.”