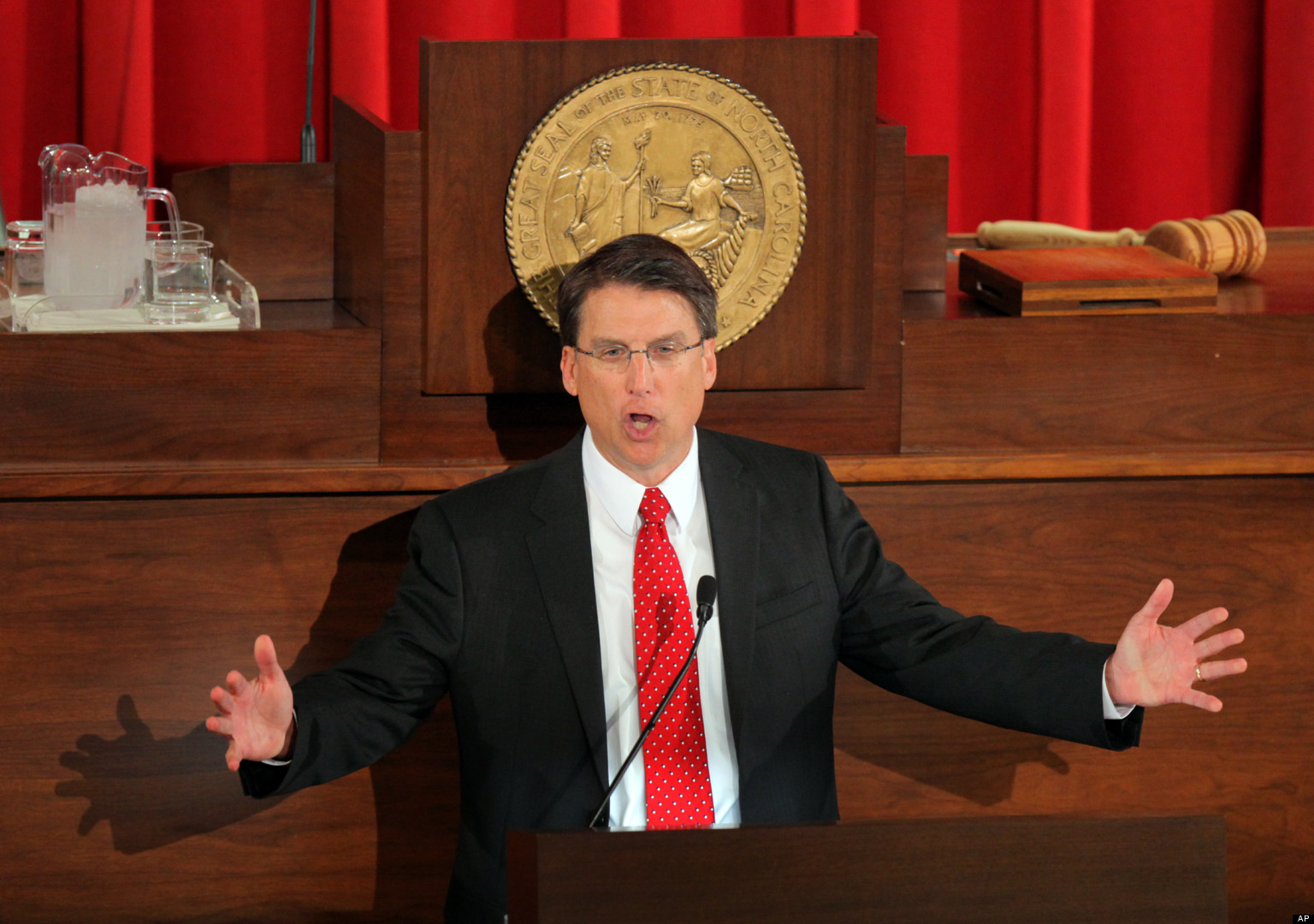 The new law was expedited in an emergency session through the state’s legislature at the request of Gov.  McCrory with the intent of blocking the city of Charlotte from implementing LGBT inclusive local anti-discrimination measures.

“Governor McCrory’s reckless decision to sign this appalling legislation into law is a direct attack on the rights, well-being, and dignity of hundreds of thousands of LGBT North Carolinians and visitors to the state,” Human Rights Campaign President Chad Griffin said in a statement. “This outrageous new law not only strips away the ability of local jurisdictions to protect LGBT people from discrimination, but it goes further and targets transgender students who deserve to be treated equally at school — not harassed and excluded. Governor McCrory’s action will be judged sorely by history and serve as a source of deep shame, remorse, and regret.”

U.S. Congressman David Price (D-NC) pointed out that the state’s General Assembly spent $42,000 per day to hold the special session. Democratic National Committee Chair Debbie Wasserman Schultz denounced the state’s Republicans for “steamrolling over local officials just because they had the courage to stand up for transgender rights.”

McCrory claims the new bill protects “privacy and etiquette” in bathrooms and that is bill is a bipartisan one, though only a handful of Democratic members voted in favor. Some Democratic members of the state Senate walked out in protest, refusing a vote.

The bill prohibits local governments from implementing protections against discrimination based on sexual orientation or gender identity. It also orders schools and other public places to require individuals to use bathrooms that align with their biological gender.

Equality North Carolina, the state’s LGBT advocacy group, said the intent of the legislation goes well beyond bathroom’s and gender.

“This cruel and insulting bill is about more than bathroom access, it’s about fairness in employment, education, and local governance,” Chris Sgro, the executive director of Equality North Carolina, said in a statement. “It aims to override local school board policies, local public accommodations laws, and more. This law also violates many other federal statutes and the United States Constitution by attempting to mandate discrimination in government buildings.”

Lambda Legal, along with the ACLU and Equality North Carolina, is considering legal action following passage of the bill.

“This law is in direct conflict with protections provided to students under Title IX and could cause the state to lose billions in federal funds. Instead of solving any real problems, the law would create new ones and could lead to intolerable and unfair conditions for transgender students who are entitled, by federal law, to a safe and equitable education,” Tara Borelli, a senior attorney with Lambda Legal said in a statement.

Shannon Minter, Legal Director for the San Francisco-based National Center for Lesbian Rights issued this statement: “The most important thing right now is to get the national and North Carolina community on message that this cannot stand and that we have to rally every voice and body to that end — IMMEDIATELY. Less important than specific actions is getting people to engage and see this as a crisis (which it is) — but it is also really critical that there be a local link, and of course Equality NC is going to urge people to go to rallies, send messages to governor, legislature, allies, businesses, etc. They have some good action items on their site. We are on several calls today to plan more specific actions, but right out of the hatch, we need to let everyone know that this is not business as usual and that the goal must be to get rid of this law NOW. This is about framing out of the gate — as you noted, the business-as-usual messages are not helpful. Neither is any message about how the courts will take care of this — they should, and I am sure there will be challenges, and the courts should rule our way, but that is not enough. There needs to be massive sustained outrage.”

Equality California Executive Director Rick Zbur said: “This is among the worst of the bad anti-LGBT bills that are being considered in states across the country. HB 2 enshrines discrimination in North Carolina’s laws. The state effectively prohibits cities and towns from passing non-discrimination laws that protect LGBT people in their communities. Everyone should be treated fairly by our laws, and no one should be discriminated against simply because of who they are. North Carolina also is wrong to ban transgender people from the bathrooms or other facilities that match their gender identity, especially in schools. Every person has the right to feel and be safe and secure. Ultimately, this is about treating all people – including our transgender friends and neighbors — with respect. Unfortunately, fear and a lack understanding guided this bill, which is a significant step backwards in ensuring that all LGBT people are treated with dignity, fairness and compassion.”

On the same day North Carolina passed its discriminatory bill, a bill in the Tennessee Legislature seeking to underscore the right of clergy in that state to refuse to perform marriages based on religious convictions failed.

State Rep. Andy Holt’s bill failed on a voice vote. The Dresden, Tennessee Republican has said he wanted to pass the legislation he called the “Religious Freedom Restoration Act” in light of the Supreme Court’s gay marriage ruling in June 2015.

Committee members said that pastors are already allowed under state law to refuse to perform marriages for anyone they want.

Gay rights advocates had raised concerns that Holt’s bill would have extended beyond clergy to allow businesses to deny services based on their religious beliefs.

Similar legislation elsewhere has drawn a wave of opposition from big-name corporations and sports organizations, as in North Carolina.