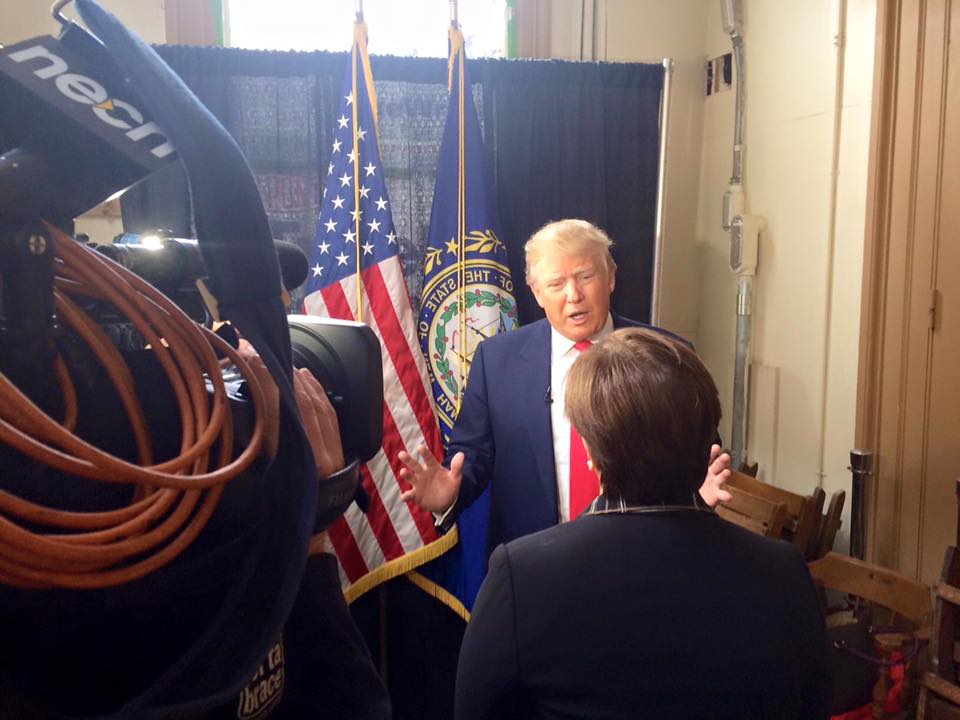 The frontrunner for the Republican presidential nomination today promised “forward motion” on gay and lesbian equality if he is elected.

In an interview with New England Cable News’ Sue O’Connell just days before the crucial New Hampshire primary, Trump cast himself as a uniter on LGBT issues.

…and thats your thing and other people have their thing.

O’Connell, who is also Boston’s Bay Windows Publisher, identified herself as a lesbian in a question that noted the progress the LGBT community has made in the last two decades and asked Trump if voters can expect him to continue that momentum if elected

“When President Trump is in office can we look for more forward motion on equality for gays and lesbians?” O’Connell asked him.

“Well, you can,” Trump answered. ” And look, again, we’re going to bring people together, and thats your thing and other people have their thing. We have to bring all people together and if we don’t we’re not going to have a country anymore.”

Last week, in an appearance on Fox News on Sunday, Trump told anchor Chris Wallace that he would seek to amend the Constitution and do so by changing the makeup of the Supreme Court. He promised to appoint Supreme Court judges who would be committed to overturning the 2015 marriage equality ruling.