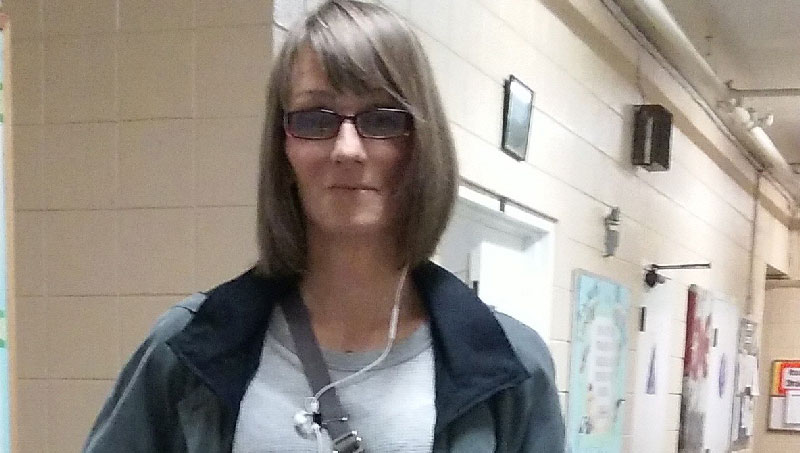 BY SETH HEMMELGARN  |  A transsexual woman who was recently released from a California prison after working to get the state to provide her with gender-affirming medical care settled her case this week against the California Department of Corrections and Rehabilitation.

Michelle-Lael Norsworthy, 52, who’d been convicted of second-degree murder, was incarcerated for nearly 30 years before she was paroled in August.

In April, a federal judge ruled that the state had to provide Norsworthy with “gender-confirmation surgery,” Transgender Law Center, an Oakland-based nonprofit helping Norsworthy, said in a news release announcing the settlement Tuesday, February 23. Officials fought the judge’s order, but TLC said the state “has dropped its request that the court vacate its April ruling and has agreed to provide almost half a million dollars to cover attorney’s fees and costs. That means that the ruling will continue to stand as significant legal precedent that other courts across the country will look to when considering cases involving transgender people and health care.”

Norsworthy stated, “This settlement is a message that transgender people’s medical needs are real and cannot be dismissed by the state just because of who we are.”

The settlement was announced the same day that several agencies released a new report showing how the criminal justice system disproportionately targets and harms LGBT people.

It also came just after Norsworthy launched a Gofundme campaign to raise $30,000. On the site, she says she’s homeless, questions where her “supporters” are, and says, “I feel abandoned and alone.” (She had brought in only $5 by Tuesday, a week after her page debuted.)

But in an interview, Norsworthy said she’s staying at HealthRight 360, a San Francisco nonprofit where she’s receiving job training and other services, and she said TLC has been “giving me plenty of help.”

She was initially reluctant to say specifically where support had been lacking, but after being asked whether it was Transgender Gender Variant Intersex Justice Project, a San Francisco nonprofit that helps people who’ve been incarcerated, she said it had been that group.

“They haven’t been helpful at all,” Norsworthy said. She said she asked for some direction on “the bare essentials,” like how to use a Clipper transit card, but there was no assistance except for TGI Justice Executive Director Janetta Johnson giving her $10.

Among other complaints, Norsworthy, who is white, said TGI Justice’s “broad title” implies that it’s “not just one specific group” that it aims to help, but it’s actually geared toward African-Americans. She also feels the program has downplayed the significance of her case, and she worries that inmates looking for legal guidance may incorrectly rely on a different case that TGI Justice has promoted.

When first asked by a white male reporter from the The Pride LA about Norsworthy’s comments, Johnson, who’s black, said she had “no response,” but then said, “White folks doing what white folks do. That’s my response.”

Soon after the first interview, Johnson called back and said that Norsworthy’s claims were “a lie.”

“I would expect a cis white male and a white transgender woman to get together and talk shit” about “a black-led organization. … You all just get your KKK asses together and come up with a conspiracy.”

She also told the reporter, “You’re the biggest shit stirrer in our community.” After several similar comments, she added, “Fuck you, fuck you, fuck you. … Go fuck yourself.”

Not long after that, Danielle West, TGI Justice’s development director, called this reporter to ask about the conversation with Johnson. She followed up with an email saying, “What I know as a white woman of trans experience in an organization led by formerly incarcerated black transgender women, is that our organization works strategically for economic and racial justice for everyone, and like many organizations, [TGI Justice] utilizes our resources to best live up to our vision.”

Norsworthy said in a Facebook exchange Tuesday that she’s not getting any money from the settlement.

“It’s all going to charity,” she said. “People who really need the help.”